From raising funds for the school's welfare to solving disputes between villagers, Kotresh Hiremath has changed Gonigannur's face in just 13 years!

Kotresh Hiremath may not have been the villagers’ favourite person at one point, but today they are indebted to him for improving the condition of their village and for helping educate their children

In 2004, a 23-year-old teacher was posted at a primary school in a remote village. Thirteen years later, after numerous struggles to raise funds, several disputes with the villagers, and a lot of self-driven work and initiatives, Kotresh Hiremath has not only raised the school’s quality by a notch, but also brought about revolutionary progress in the village.

Kotresh, now aged 36, was posted at Gonnigannur’s government primary school in the Sindhanur taluk in Karnataka’s Raichur district in 2004.  His three-kilometre journey every day from his house to the school includes crossing a big pit, and there have been times, during the monsoon, when he even had to swim across it.

I was only 23 then, but since I was the only teacher posted there, I was and have been the school’s headmaster since day one

As soon as he took up the post, Kotresh noticed how a lot of the school’s land had been encroached upon by the villagers, and was overgrown with the juliflora shrub (known as jaali gida locally). “They were even storing food grains in one of the school buildings. When I made them move, they didn’t take it well and even tried to attack me,” he remembers.

However, Kotresh succeeded in getting the land cleared, and then single-handedly planted over 300 saplings, which he bought with his own money. “This didn’t look like a school at all, I wanted to make it better,” he says. 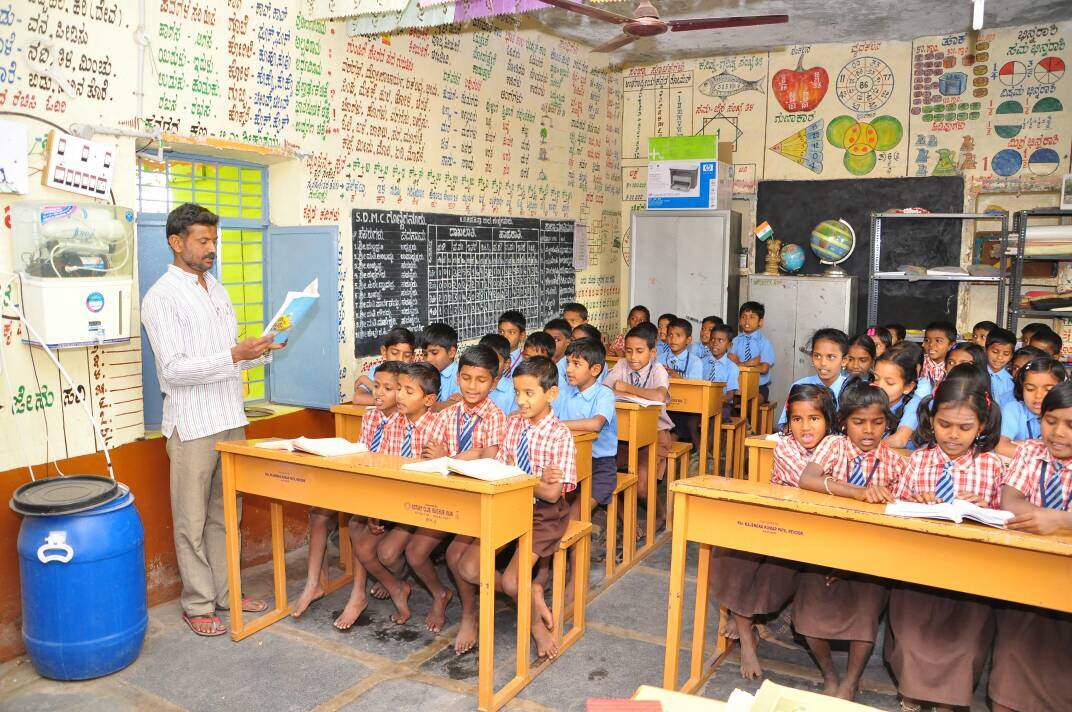 Then Kotresh began his mission earnestly. Apart from teaching with immense dedication, he would also educate the children about the environment and encourage them to have lunch in the garden that he planted. He would also raise funds for the poorer children so that they could buy bags and stationery required for school.

To prevent students from dropping out after class V, he began to impart additional coaching so that they would clear the entrance test for the government’s residential middle schools. “I started that in 2008, and until now 48 kids from here have been accepted into residential schools,” he says proudly.

Earlier, no one from the village would attend school events like the flag hoisting on Independence Day

And through all of this, the villagers, who were initially miffed at Kotresh, finally couldn’t ignore his efforts and became his allies.

Now, it’s more like a day-long village festival.” In 2014, Kotresh was awarded the Parisara Mitra award by the Karnataka State Pollution Control Board for running an eco-friendly school. One of the judges even suggested that he go a step further and work to improve the conditions in the village. 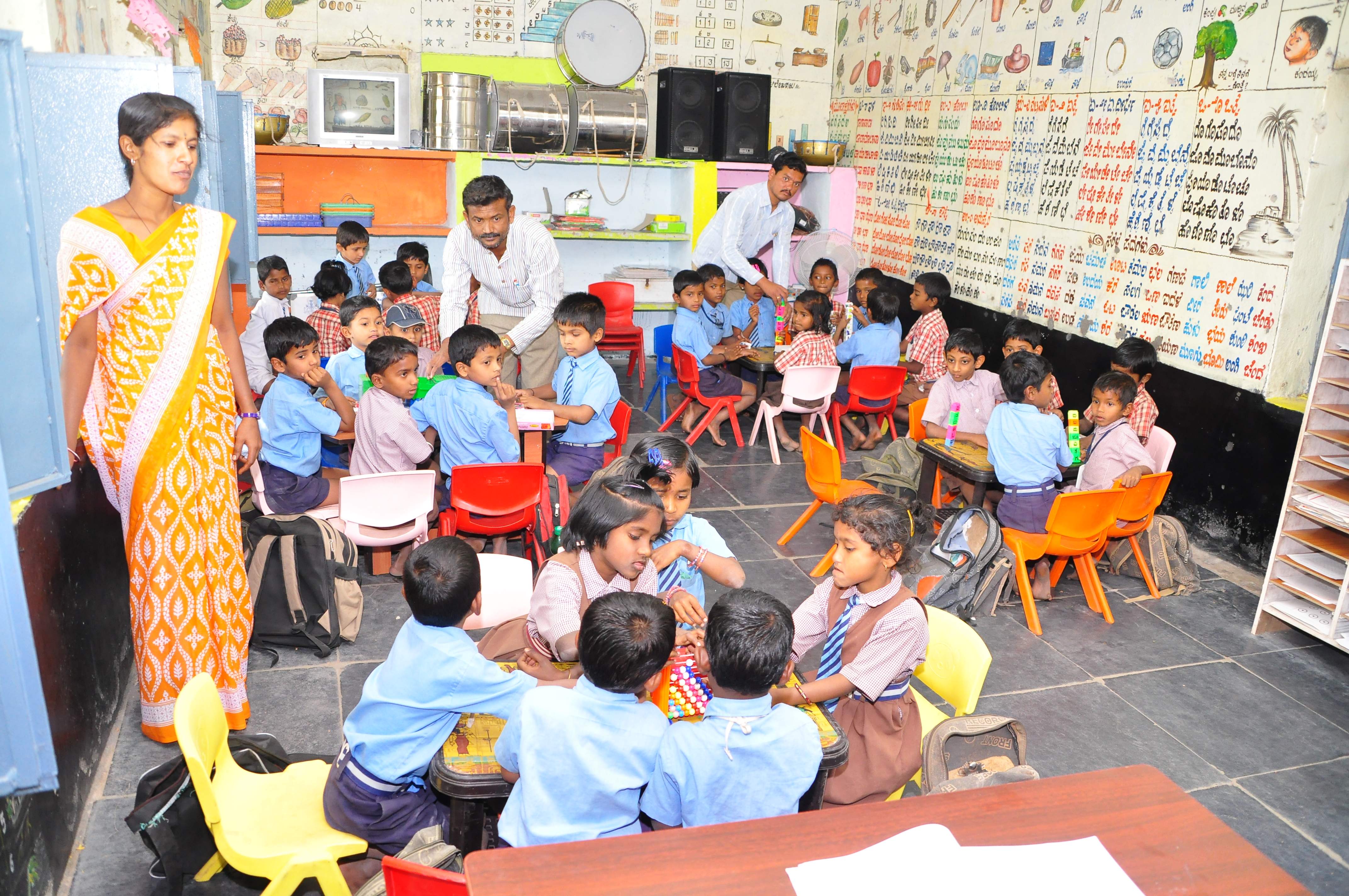 Improving Conditions: Kotresh remained committed to improving the conditions of the school in spite of all the hurdles that lay

Kotresh took his suggestion to heart, and today, largely because of his efforts, all 90 houses in the village have a toilet, an LPG connection and two solar-powered bulbs. His part in this was to find sponsors to the raise funds for these basic necessities, to negotiate with the suppliers and to put the villagers’ documents in order, so that they could claim benefits from government schemes.

The school currently has 60 students, including a group from another village. He expects 100 students to join in the next academic year

SHis growing fame post the award helped him find sponsors, who continue to donate generously from all over Karnataka. His efforts with the school also continue, as he has begun to give extra coaching for the students to help them get into the prestigious Navodaya schools. The school currently has 60 students, including a group from another village. He expects 100 students to join in the next academic year.