Teaching and working on a research project simultaneously can be quite taxing. But teaching, doing research, guiding junior researchers and performing routine administrative work — all at the same time — is downright impossible, right? Meet 37-year-old Subodh G, Head of the Department of Physics, University of Kerala, who is quite adept at being an academic ‘juggler’. A recipient of the Kerala State Young Scientist Award in 2016, Subodh had the option of continuing his research in Germany as an Alexander von Humboldt Fellow, but instead, he chose to return to his homeland and focus on research, while sharing his knowledge with gen next.

So how does Subodh manage to do it all? It’s a tough task, he admits. “In a university system, a researcher has to teach. Currently, there are only four faculty members in the Physics department and each semester we are required to teach at least two full papers. So obviously, the teaching load is quite heavy on each of us,” he explains. Reacher-cum-HOD: Subodh prefers to be a facilitator who inspires and guides students

Being the HOD, routine administrative work of the department also lies on his shoulders. “Initially, I did face some difficulty in balancing research and teaching. But with proper time management, things have fallen into place. More than being a teacher, I prefer the role of a facilitator who inspires and guides students,” admits Subodh, whose wife is also a professor at MG College, Thiruvananthapuram.

A recipient of the Kerala State Young Scientist Award in 2016, Subodh had the option of continuing his research in Germany as an Alexander von Humboldt Fellow, but instead, he chose to return to his homeland and focus on research, while sharing his knowledge with gen next

“This is the land that has shaped me into who I am and it is only fair that I contribute my bit towards its progress,” says Subodh, whose current area of research is in Material Science, specifically in microwave and magnetic materials. How does it help? Well, considering the basic application of his research is in wireless communication and we use wireless tech all the time, his work is pretty significant. He is also guiding four youngsters in their research in wireless technology and the creation of shielding material for electromagnetic interference. Multi-faceted:  Subodh G is working on developing newer, safer materials to shield us from wireless radiation

Though telecom operators repeatedly assure us that mobile radiation is harmless, citing various studies, Subodh is not convinced. He believes that more research needs to be carried out to evolve better materials that shield us from harmful electromagnetic radiation. Things are changing, though, according to Subodh. The government has started paying attention to research in universities over the past few years. In the last two years, the government has allocated close to `5 crores for the department.

So what is Subodh’s message to aspiring researchers? “Only patience can assure good output in research. In-depth reading is also very important. However, this quality is seen lacking in the current generation. Also, one needs to be dedicated enough to spend up to 18 hours a day for research,” he says. He also believes that instrumentation facilities need to be improved to carry out cutting-edge research. This will not only improve accuracy but also cut outsourcing costs. The setting-up of a sophisticated instrumentation centre at the university will address this shortcoming to a large extent, he believes. 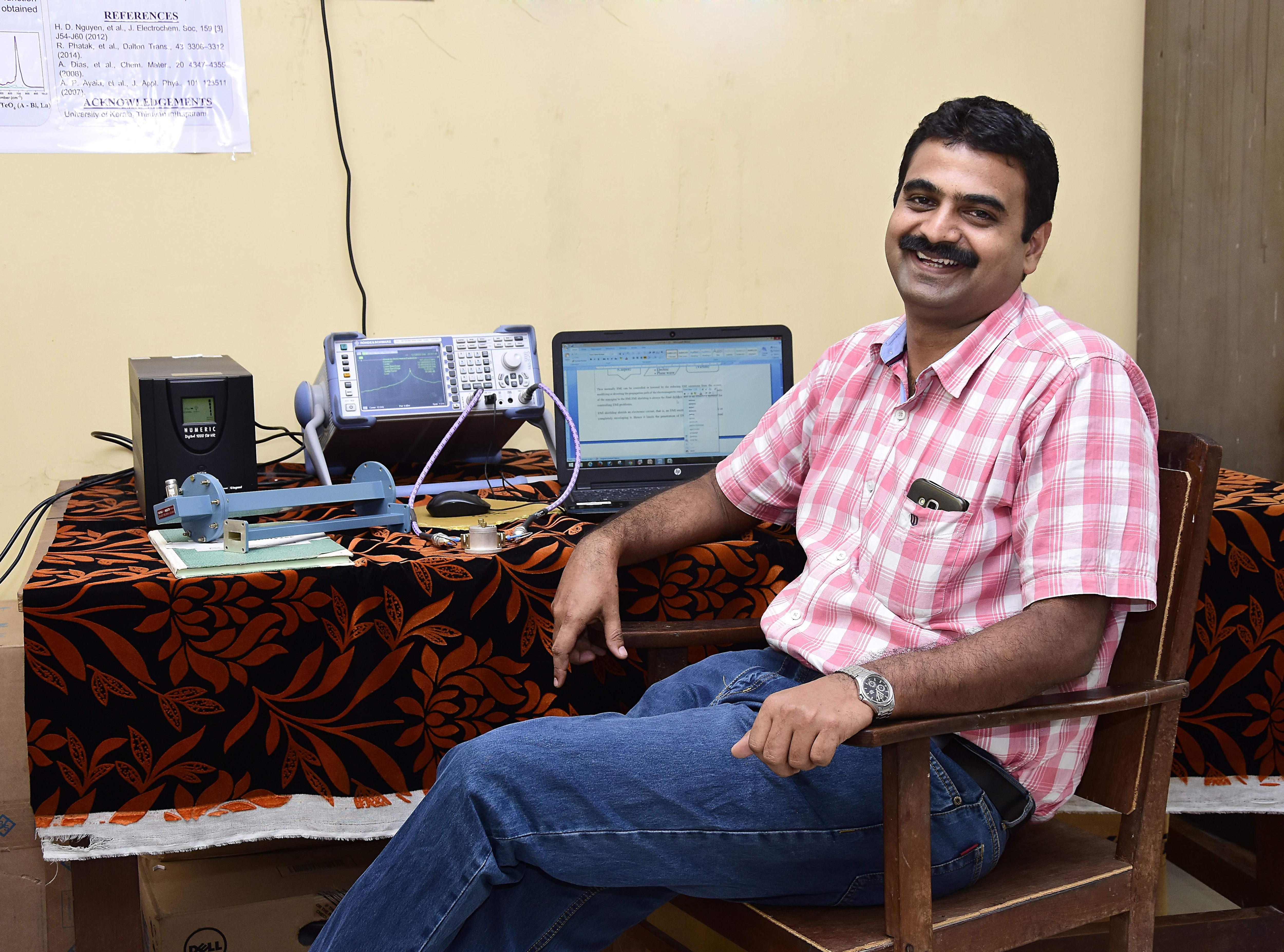