When Bieber couldn't keep his pants up: A medical student's account on what happened at the Bieber concert

It's Justin Biebers's first concert in the country which happened in Mumbai. Unfortunately, his pants were undone while fans were also upset because he was lip-syncing the whole time

Canadian singer, songwriter Justin Bieber was recently in Mumbai for his first ever live performance in the country. But the 23-year-old who has sold over 100 million records, making him one of the world's best-selling music artists could not even handle his pants while performing at the DY Patil Stadium where more than 45,000 beliebers had gathered to see him perform. Much to the shock of his fans, when Justin entered the stage, his nada came undone, and he was pretty distracted trying to tie it back again. He was wearing a black Adidas shorts paired with a white t-shirt.

Naturally, his fans who had come from all over the country and spent close to `76,000 for the tickets, a big amount for middle-class citizens, were utterly disappointed. Noel Thomas, a medical student from DY Patil said, “In the very beginning when he came on the stage, his nada came loose. These kinds of things happen. Besides, he didn't make it look awkward.”

He was lip-syncing throughout his performance, I was just 10 feet away from him and it was very evident because he was chewing gum throughout the concert and also drinking water in between songs, which was a major disappointment

Noel Thomas, An attendee at the Justin Bieber concert

In fact, Bieber was also seen lip-syncing his own songs throughout the performance, which turned out to be a major turn off for his fans. “He was lip-syncing throughout his performance, I was just 10 feet away from him and it was very evident because he was chewing gum throughout the concert and also drinking water in between songs, which was a major disappointment," says Noel. The entire stadium was flooded with his fans. Noel continues by saying that “There were incidences where girls were fainting and boys climbing on one another to see him.”

Other than Justin Bieber himself, there were also other artists such as Alan Walker and DJ Zaeden who performed that night. Bollywood stars like Alia Bhatt, Arjun Rampal along with his daughters, Malaika Arora arrived at DY Patil. 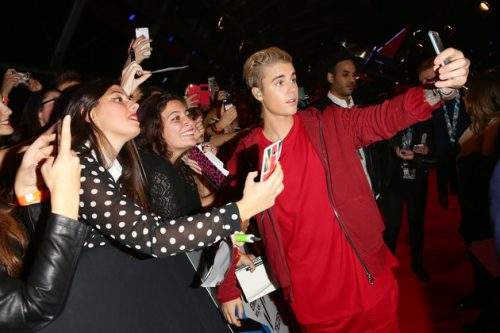 Drones were seen flying across the sky to capture the entire event. Justin Bieber was scheduled to perform at 8 Pm, opening with his famous song ‘Mark my Words‘ from his latest album ‘Purpose‘. Justin’s solo drum beat and guitar performance were eye-catching moments. He ended his performance with his recent hit ‘ Sorry ‘ dancing and singing along with the Indian Flag with respect.