Here's an app that helps you report traffic violations anonymously

You need to get somewhere important, but there's a car parked in your way. Ever thought about what can you actually do about it? Well here's an app that will make it easy for a common man to report such violations to the traffic police. A team of students from  Birla Institute of technology and Science (BITS), Pilani has developed an app that will help the common man report traffic violations anonymously in their city. The creative app called TrafficEye allows one to click a photo of the violation and send it across to the nearest traffic police officer. Vandit Gandotra, a pre-final year student of BITS Pilani, along with his teammates Tanmay Sharma and Vasudev Singh Jamwal from Guru Nanak Dev University, Gurdaspur presented the app at the KPIT Sparkle 2017, a design and development, innovation contest and won the silver award.

Traffic which is a major problem in metro cities in India and there is not enough traffic police to monitor all sorts of violation, this app can create a system by which the people feel that they are constantly under watch and thus can be caught any moment by even small violations like wrong parking. "We have violations of all sorts like wrong parking, people not reporting accidents which need immediate attention, to avoid getting into the legal hassle and to conceal their identity, TrafficEye interface would make everyone (with camera phones) a virtual traffic police officer, in position and power to report the crime and send an e-report," says Vandit.

Vandit, who is pursuing B.E. in Electrical & Electronics and his team has developed two apps - one for the users to report the violation and one for the officers to check the e-report. The idea of developing such an app struck Vandit when he found a car parked right outside the gate of his house in Jammu. "People park their cars outside others houses and block the way. And since there is no traffic police monitoring in residential areas I thought to solve it in some way where each citizen can report such violations," he says. 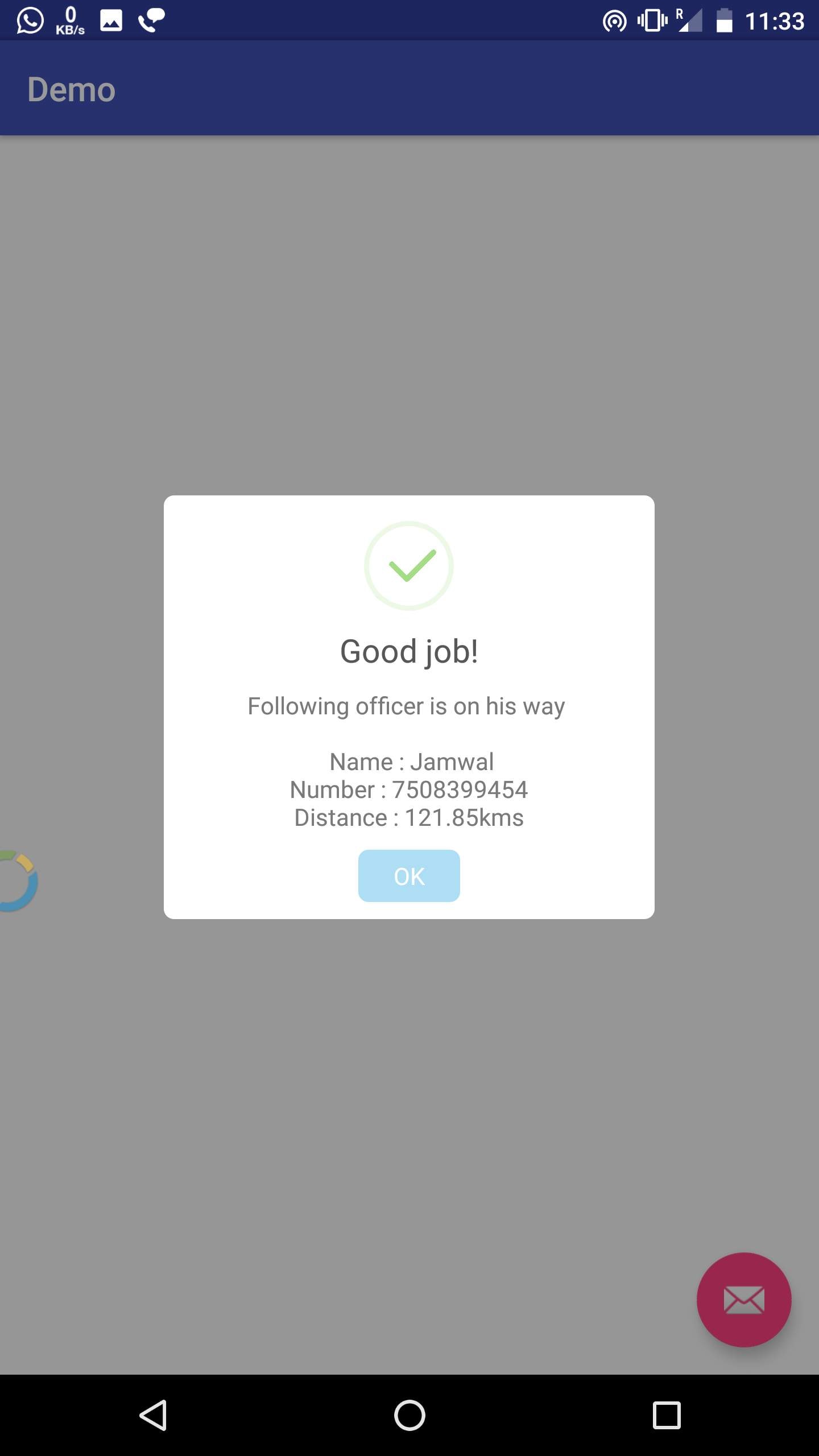 Explaining the functioning Vandit says TrafficEye enables the user to click a picture of the violation, then the user chooses the nature of violation from a drop down menu and then the app picks up the GPS location of the phone. The image and location is then sent to the concerned officer on duty. The officer arrives on site to validate the crime. The user gets a message about the traffic van/policeman appointed for this task with its number and location. “We have used some Application Programming interface (API) like Google Maps, Twilio (used by Uber as well to send SMS) and Firebase,” he says.

It took the students weeks to shape up the idea and develop the first version of the app. However, the Android app is ready and the students are working on the ios, both will be available free of cost. The app will also help in keeping track of the complaints that are being answered and thus the traffic police officers can be held accountable and answerable to their duties.

The 20-year-old engineering student has constantly been taking feedback from experts and police personnel and says he has got constructive feedback regarding the app. "My teammates and I have talked to certain people in power and in the industry and also professors from BITS, Pilani to build a roadmap to implement it and we will be doing it soon in one city first and after that success, we will introduce it in other cities," he adds.