‘We must not become prey to petty politics’

What’s former Union Minister Sachin Pilot’s views on the ruling party and their strategies? Find out!

The ThinkEdu Conclave saw some of the brightest minds in India, one such being a member of the Indian National Congress, Sachin Pilot, discuss and debate key issues surrounding education. We caught up with the relatively young politician to discuss the ruling party, demonetisation, and the Congress’ optimistic return to power. Here’s how it went:

When the Kanhaiya Kumar-JNU issue erupted last year, the students were criticised for ‘wasting’ tax payers’ money. What are your views on that?

The best investment that a government can make is in its children's education. If the government is providing education, they are not doing anyone a favour, it's their job and it’s the taxpayers’ money. Education means having the ability to have a thinking mind, you can't be told what to do, what to eat or what to wear, you have to be given the liberty to think. That is what generates ideas. Only an open mind can ask questions and sometimes, these questions can get uncomfortable, but does the government have the patience and resilience to answer them or are these voices going to be clamped down and accused of misusing funds? Just because the government is spending money on them, it does not mean that they can put a limit on what they think. Express view: Sachin Pilot along with other panelists discussing "Should there be profit in education'

Over the last year, the country has seen consecutive episodes of never-before-seen violence erupting in college campuses. Why do you think this is happening?

Yes, students have always had differences of opinion and have freely expressed their thoughts before, but now there is direct intervention at the highest level; I think this violence is not by default but by design. The university, faculty and management should be responsible for these issues, not anyone else, certainly not politicians. Once you have the police, the ministers and the government openly interfering and taking sides on the issue, then the consequences become far greater, aggravating the situation further. This is not healthy for democracy.

If anyone breaks the law, they are culpable, law will deal with them. But this narrative of who is a nationalist and who is loyal, this sort of branding should not be done by political parties. Even with regards to Gurmehar Kaur, if she is being threatened then the government should take steps to protect her, not discuss what her ulterior motives are. Campuses have given birth to so many great leaders, that's why so much importance is given to campus elections. But that does not mean the government should be monitoring and dictating what happens inside campuses, using all the resources at their disposal to create division, impose ideologies and create acrimony.

What about the Kashmir issue? Is it wrong for students to even fathom the idea of an independent India or raise questions about it?

Let me be clear, Kashmir is an integral part of India and anyone who suggests otherwise is doing a disservice to the country. Even the poster issue in JNU, I think it’s wrong to talk about separation of an independent Kashmir. But at the same time, people have the right to question policies like they do in Nagaland and Chhattisgarh. There are some voices in New Delhi talking about providing security, negotiating, providing medical facilities and spending crores of rupees, there is dichotomy in that too. Certain issues like that of our national boundary, integrity and security are paramount, and we must not become prey to petty politics. It is okay to debate and discuss, we cannot stop people from dissent or disagreement, but certain issues are sacrosanct.

It’s been four months since demonetisation was announced and the ruling party continues to call the move ‘smart’ while there are several experts who have condemned it. Your take?

Not one rich person was standing in line outside the banks. When the Prime Minister first announced it, he said that the move would bring back black money, stop terrorism and rid the country of corruption. The second time around, he talked about digital transactions and cashless India, but forgot all about the black money. He asked for 50 days and now it has been more than four months and there is still a cash crunch in several places. People at the bottom of the pyramid are the ones who have suffered the most. Many people died and 97 percent of the money was returned to the banks. Modi claimed that there was six lakh crore rupees in banks abroad, but there has been no sign of the money returning. It was a hastily taken decision with very poor execution. 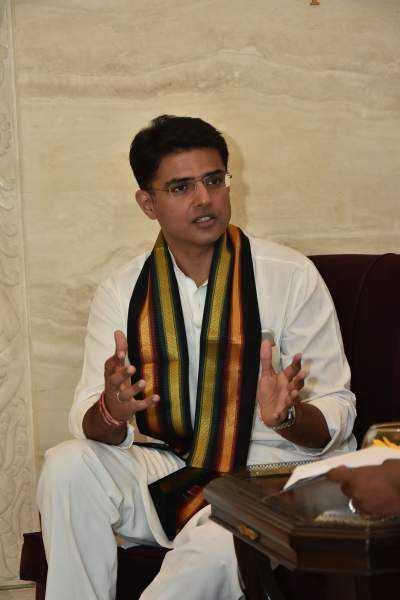 Do you think Congress will be able to stage a comeback in the 2019 elections or will they have to rely on allies?

Right now, the only viable option against this ruling party is the Congress. All forces should come together to oppose the present government and secure a mandate in 2019. Now, some important state election results will be out on March 11 and it will be a huge referendum on the Central Government.

Congress made quite a late entry into the world of social media. Do you think a party's presence on social media impacts its future?

Now, we only see how the ruling party keeps trolling, posting alternate facts and post-truths. A lot of people use abusive language and bullying tactics every time someone has tried to question the government. Intimidation doesn't just happen on campus, it also happens online. We can't force people to accept a certain perspective, just because it's the opinion of the party in power.