'To avoid becoming a parasite on the political system, everyone must have a career of their own before coming into public service'

says Manish Tewari while talking about his former information and broadcasting portfolio, demonetisation, freedom of speech and his fascination with writing

The moment we sat down for an interview with Manish Tewari, senior Congress leader, he noticed that we were taking a video. “For Periscope? You can link it to my Twitter profile,” he said. What else do you expect from a savvy former Minister of Information and Broadcasting, who, by the way, wanted to abolish his own ministry!

Before the start of the second day of TNIE’s ThinkEdu Conclave, for which Manish Tewari was all set to chair a session, we spoke to him and that’s when he told us that he had proposed to abolish the ministry but “maybe the Prime Minster had too much on his plate to allow him to pursue this idea,” he says. He further explains that the ministry is “just a hangover of the socialist times. The country does not need a minister of broadcasting nor a ministry. It has outlived its time.” He also drew attention to the bigger picture of the country needing some serious administrative reforms. 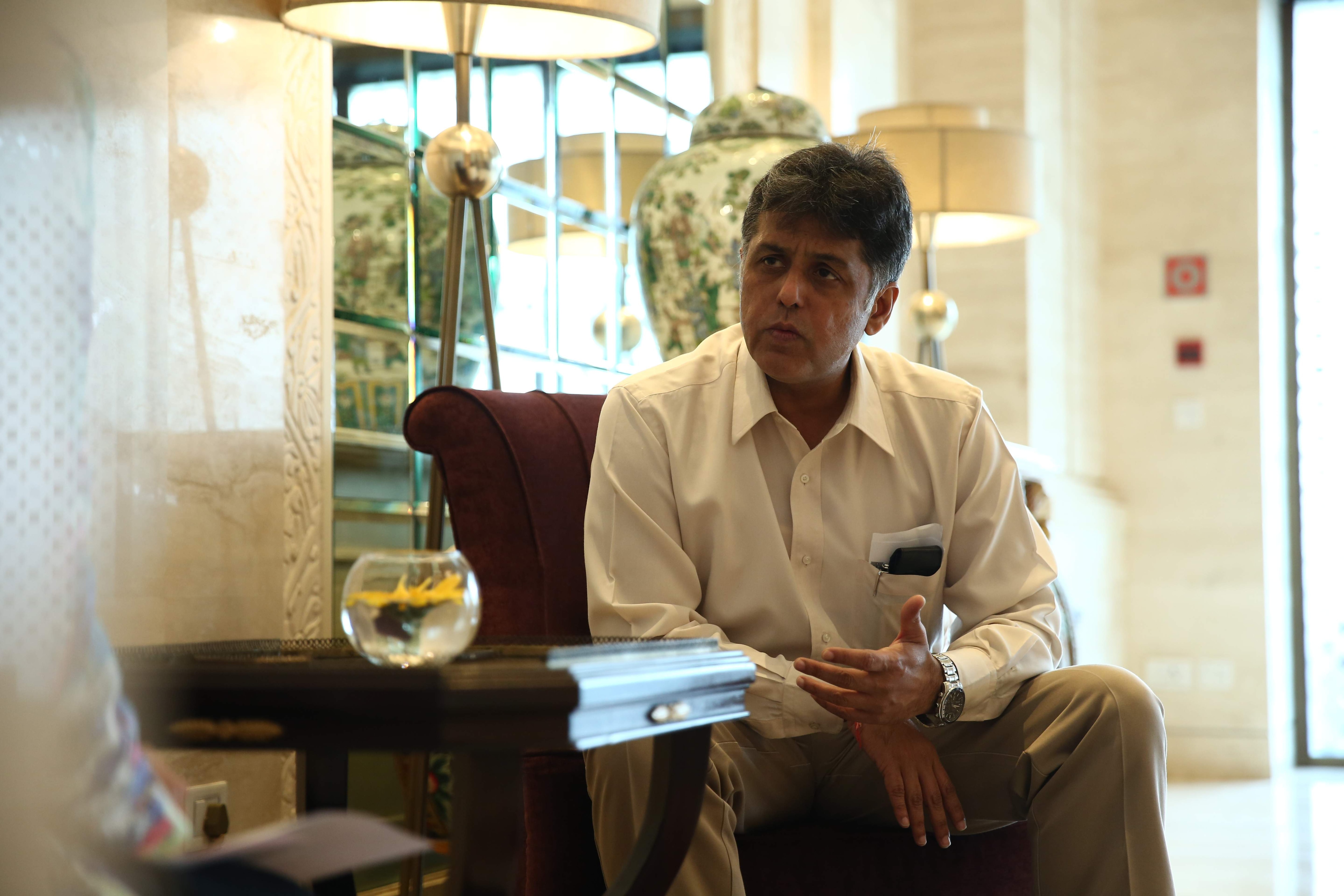 Lately, Manish Tewari has had time on his hands. He did not contest in the 2014 parliamentary elections owing to ill-health, something “which was misunderstood both by people and the leaders within the party.” But the 51-year-old politician made good use of his time. He penned his first book Decoding a Decade last year, a compilation of all his columns, and is already working on his next. When the practicing lawyer isn’t seen reading his legal briefs, he can be seen punching out 500 words every day, which he has disciplined himself to do. Not the one for, what he calls, “binge or inspired writing”, he says that 500 words every day takes about an hour. Upon that, it allows for “23 hours of reflection”. This coming from the son of a great man who wrote 40 books in Punjabi and was a Sahitya Akademi Award winner, means something.

On writing: The 51-year-old politician who is a practicing lawyer, modestly says that though he doesn’t have the academic record of his father, he tries his hand with the pen once in a while

He also spoke about the D-word and called it illegal. “The Supreme Court has formulated nine pure questions of law with regards to the fundamental legality of demonetisation itself, therefore, we have to see the government’s Tuglaqi farman having to hold its own in front of the constitutional bench,” he says.

Speaking about another popular initiative Make in India, Tewari said that “the manufacturing (proverbial) ship for India sailed nearly three decades ago,” and anybody “who thinks that a government can generate millions a month, is living in cuckoo land.” His answer to solving the employment crisis is moving towards, what he calls, “the human economy”. The new paradigm is people servicing people, thanks to the internet, which is increasing connectivity, as per Tewari and that is what we have to leverage to create sustainable livelihood. He also said that robotisation coming into manufacturing is not going to create jobs.

Coming months: Manish Tewari says 33 months are already done, the next 27 months are going to be politically exciting and rocky for the country because the economy has gone for a toss

And what about politics as a career option? He says, “To avoid becoming a parasite on the political system, everyone must have a career of their own before coming into public service.”  Manish Tewari himself is a lawyer and has practised in the Supreme Court as well as the Delhi High Court, which sparks another question in our mind. How is it that, since time immemorial, lawyers seamlessly seem to graduate into politicians — from Gandhi himself to the likes of P Chidambaram and Kapil Sibal? He acknowledges the historical link, stating that, the courtroom from the pre-independence era was the only place an Indian could confront the British. “The courtroom became the country’s first political theatre,” he says.

Stage presence: Manish Tewari charing the sessionReligious education: Is it relevant in India?

Speaking of theatrics, we couldn’t help but ask him about parliamentary disruptions, something we have been seeing a lot lately. “Till the time parliamentarians and legislators work to restore the sanity of the credibility of the institutions, I am afraid we are doing collectively great disservice to democracy,” he said, stating that disruptions done by any political party is a disservice. He advocated reaching across the aisle and working together for the greater good.

As per Tewari, the government believes that there should only be a majoritarian discourse in the country and any voice which is not theirs, should not be heard in the mainstream media

“Freedom of speech includes the right to offence. But what about the offender? Does he have a right against being trolled by thugs and all kinds of idiots on social media,” asked Manish Tewari, while talking about freedom of speech. He recommended that this needs to be combated in a progressive manner by pluralistic forces.