'Today, everybody is ready to brand someone as anti-national'

Singer Chinmayi gets candid on the intrusion of political parties in colleges, nationalism and more.

Known for her mellifluous voice, playback singer, Chinmayi Sripada, is no stranger to controversy. Recently in the news for being mentioned in an unsavoury manner in a tweet posted by singer and TV host Suchitra, Chinmayi was gracious enough to show empathy and responded maturely to the tweets doing the rounds on social media. She also started an online campaign, #RapeThreatNotOK to make Twitter safe for women. The 32-year-old is currently recovering from an accident, however, she has not taken a break from her music career and even has a couple of songs releasing this week.

We caught up with the singer at the ThinkEdu Conclave to talk about the ongoing debates and unrest in colleges and universities. Excerpts:

Do you think colleges and universities are turning into political battlegrounds?
Students engaging in debates don’t know much about the world as they are young and perhaps it’s easy to sway them. It might be a bit too early to participate in such debates as most of them are fresh out of school. If someone tells them that they are going to be the change that students want to see, the young will automatically gravitate to them. Whereas, if political parties are engaging with students, they must be kicked out.

What is your take on students engaging in protests?
I believe that a lot of students have been engaging in social outrage activities. Politicians or change-makers are constantly monitoring the young, they want to cater to them, but when they speak up they have a problem. The concept of debates and discussions should be kept alive in educational institutions, but at some point, if colleges are being hijacked by political parties, I’m not for that either. 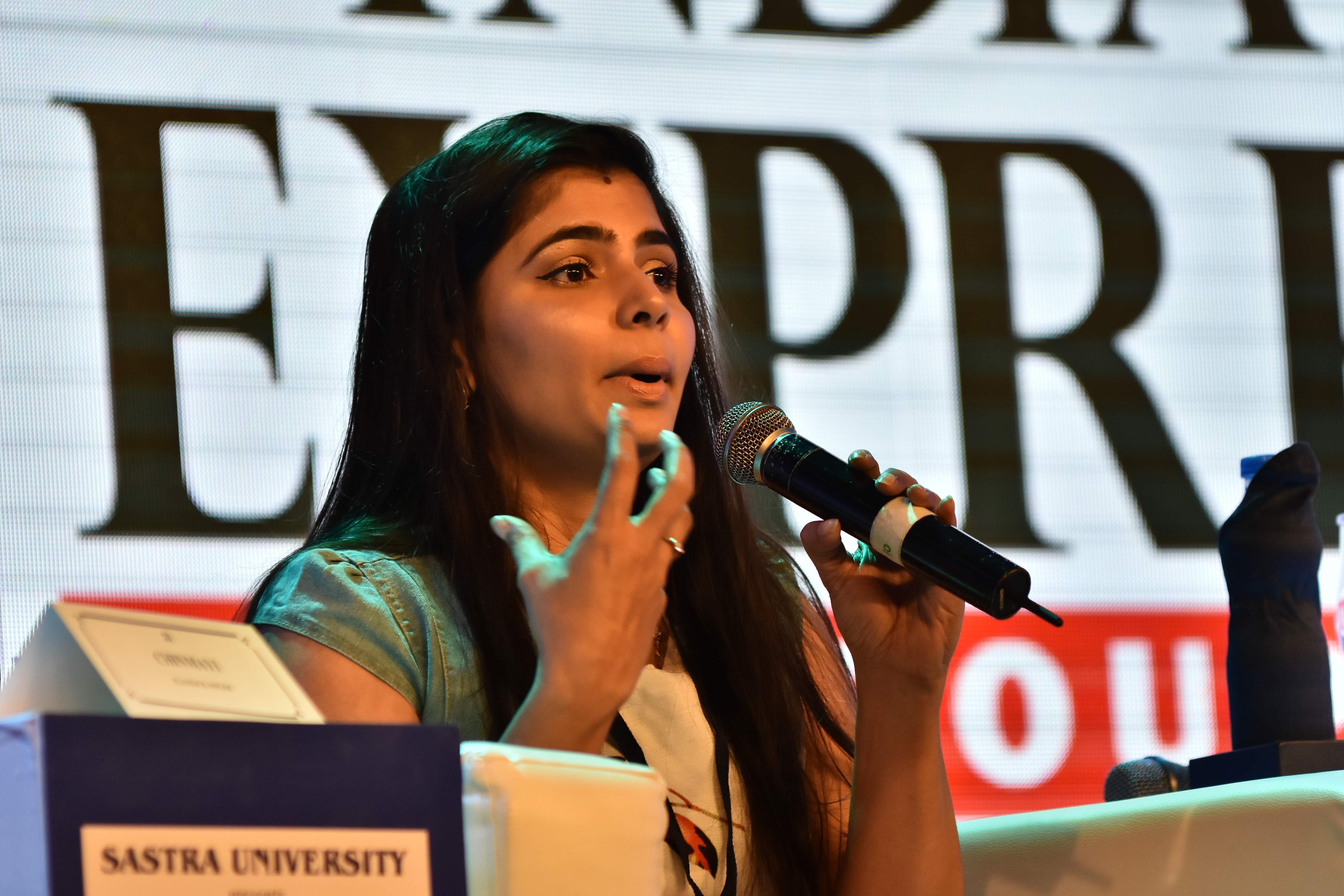 Speak free: Chinmayi has never been one to sit back and stay silent

Do you think trolling Gurmehar Kaur was wrong on the part of politicians and cricketers?
I can’t imagine what it took for the 20-year-old to call for peace. Eventually, her message was about peace and not war. They picked one screen-grab out of context and constantly trolled her by saying that she doesn’t deserve to be a daughter to her father or that she’s using her father. I would believe that when an arrow is pulled back, it only plunges forth with a lot of power.

Why do you think that debates on nationalism are raging now, whereas five years ago there were no such debates?
There was always nationalism. The freedom movement also came from students. Our freedom fighters, right from Gandhi, were actively encouraging students from colleges. But this discussion about branding somebody as ‘anti-national’ seems to be useless. Intolerance these days comes from listening to someone else’s viewpoint and if you don’t agree with it, you are a liberal. Actually, you are no longer a liberal but a ‘libtart’, no longer a secular but a ‘sickular’. We should ask ourselves why we don’t wait before we react.

We talk about Digital India, whereas 35 per cent of our population is illiterate. Do you think higher education is a challenge in India?
Yes, for the financially weaker section, higher education is a challenge. There are a lot of educational institutions demanding obscene amounts of money. I think everything has to go hand-in-hand and all the agencies should come forward to help.