C P Vishwanath, founder, Karadi Path opens up about people's obsession with English and how they hope to teach kids organically

In order to facilitate organic learning of languages among students, C P Viswanath, co-founder of Karadi Tales laid the foundation of Karadi Path Education Company. Karadi Path is a formal language learning process that delivers language proficiency without formally teaching vocabulary or grammar. "Karadi Tales has been creating beautiful culturally-strong content for kids that has its own charm. The product is in the form of audiobooks, where a child listens to the story and reads along with a book," explains Viswanath. The idea behind this method is that one experiences the art of storytelling. Several teachers have been using Karadi Tales as an English learning tool in their classrooms, he notes. "We recently heard from a Mumbai NGO that they have been using Karadi Tales to teach English to slum kids. Surely it is an exaggeration to say that they were learning English through it, but they were enjoying the pictures and the narrative. You can almost form a theatre in your mind based on all the non-textual aspects of the storytelling,” he states.

Recognising that Indian children by the age of four or five are often able to speak three or four languages, Viswanath wanted to see if he could deconstruct the process and apply it to English education, keeping in mind that many of the teachers are hardly able to speak it themselves. "We realised that these kids spoke at least three languages and here we are trying to teach them English in a classroom. They didn't learn these languages inside a classroom - it does not necessarily provide a learning environment," notes Viswanath. This led to the reconstruction of the natural language-speaking process for the classroom with several basic principles. 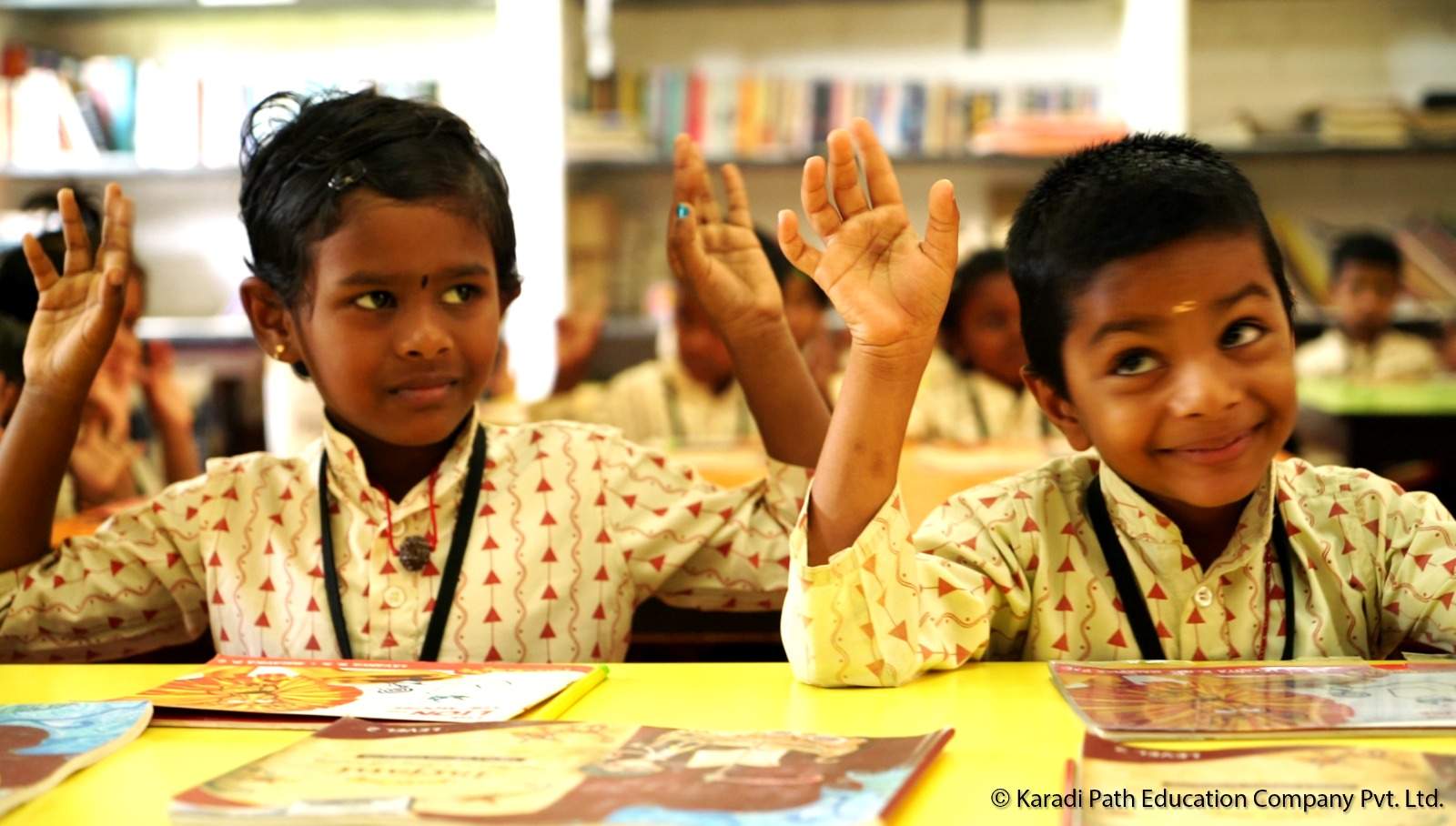 But what is India's obsession with the English language? "We have a unique situation in India. The biggest discrimination a person faces is English discrimination. Here, one's smartness is measured based on their English proficiency. We have created a society where higher education is largely in English. A student who has studied in a non-English medium school will struggle to adjust elsewhere because they simply can't pick up the language. But in an English-medium school, if the understanding of the language is inadequate, it affects the understanding of every subject. So Karadi tries to overcome this problem by enhancing linguistic skills at a very young age," explains Viswanath, adding, "It seems like more than any other language, English is the common language in India. And in this process, we are taxing kids, because they are learning Math in English, Science in English, Geography in English without even knowing English. Government schools have no enrollment because people are going to put their children in those English medium schools as they want 'the best for their child'. Hence students are taught English not from a literary point of view, but simply to equalise opportunity in the long run."

Karadi Path is not only being acknowledged in India but internationally too, people have begun to take notice. "It is the only method currently existing where kids learn without being taught vocabulary or grammar. So whether I come from an elite background or not, it doesn't make any difference to the amount of information gathered," he informs. And in the name of growth, Karadi Tales will soon be bringing out material in Hindi, as most government schools in Central and North Indian states teach in Hindi.