After penning a tale of an unusual love, this teen is now set to narrate the story of a rape victim in our society

It all began four years ago when Siddharth Roy was an eighth grader. He had three class tests in one day. Talk about dreadful! Coincidentally, the school had also organised a poetry writing competition on the same day. Siddharth decided that he’d use the competition as an excuse to skip the tests. Little did he know that it would change his life. At the end of the four hours, there he was, with his very first poem that had been selected as an entry in the CBSE’s website.

Writing was a newfound bliss for Siddharth. He penned poems, short stories, and articles. Three years later, in 2016, the then 16-year-old published his debut novel, The Special Fish. “The theme of my book is the current trend of relationships that we see in schools and colleges. Students of my age get into relationships to appear cool. Sadly, most of them do not understand the actual meaning of a relationship,” says Siddharth, who is a class XII student now. He has seen many of his friends who are in meaningless relationships too early and spoil their life. This inspired him to write the book. “The story is very simple. If you read it, I’m sure it’ll remind you of your school days,” says the young author. The Special Fish is the story of Adhira, a hopeless romantic who falls into depression after a bad relationship. She vows never to fall in love again. Later, she meets a small town boy Abhi, with whom she finds the courage to rebuild her life in a new way

But what does a fish have to do with a love story we wonder. Siddharth indulges our query, “I have compared one of the protagonists Adhira, to a fish here. Another protagonist Abhi says that there are many fishes in the sea, while Adhira is the special one. He loves her too much to let her go.” Who knew teenagers were capable of such deep analogies?

Now, a year later, he is almost done writing his second book, Rise in Love a sequel to the first. But this time, this teenager opted to tackle a more serious issue. It deals with the life of a rape victim in the Indian society. “Here, Adhira’s sister has been raped by her boyfriend. It’s about the situation in their house after this incident,” he says, quite hopeful about the story. He is confident that the book will shame the citizens in the society and critique the way they look at rape victims. 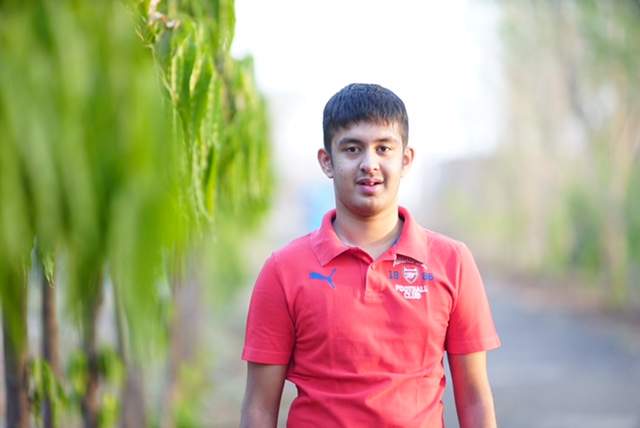 I used to follow the Nirbhaya case very closely. That and a few other incidents inspired me to write the second book. The society has to be more developed and open minded. I wish to send a strong message to the society through my book, Rise in Love

The positive reviews that he received for his first book are what keep Siddharth going these days. Initially, his parents, like many others, wanted him to devote less time to writing and more time to studies. “They would tell me that I had to study and become an engineer. I started preparing for the JEE exam right from class VIII, but it didn’t interest me at all. Writing did and still does. But I always make it a point to create a balance between studies and writing,” says Siddharth.

And what do his parents feel about his choices now? “I have decided to pursue Mass Communication and become a travel journalist. My parents are supportive of me now,” he says happily. But don’t worry, Siddharth assures his readers that he’ll always write, and that he’s currently planning the plot of his third novel.