If you are a school drop-out from Vizag, there is a likely chance that this teacher will visit your house and take you back to school

K Madhura Vaani ensures that every school drop-out, from the families of fishermen in the area, is inducted back into the academic stream to enable them to dream of a better future

Going beyond a teacher’s obsessive need to complete the syllabus, this principal enables her students to understand the world. If you are a school drop-out from Vizag, there is a likely chance that K Madhura Vaani, principal of Gayatri Vidya Parishad MLB Trust School, Visakhapatnam will visit your house and take you back to school.

Hailing from Rajahmundry, Madhura Vaani has amassed a number of degrees — Master’s in English and Telugu, MCom, MEd, Master’s in Mass Communication and Journalism and a PG Diploma in Professional Studies in Education. But prior to gaining this massive experience, in 1998, she was first introduced to the MLB Trust chairman M Vijaya Lakshmi, who offered her a position as a pre-school teacher. Since then, Madhura Vaani has been involved in education. It was after this that she pursued her many master’s degrees during the day, while teaching at the school in the afternoon. 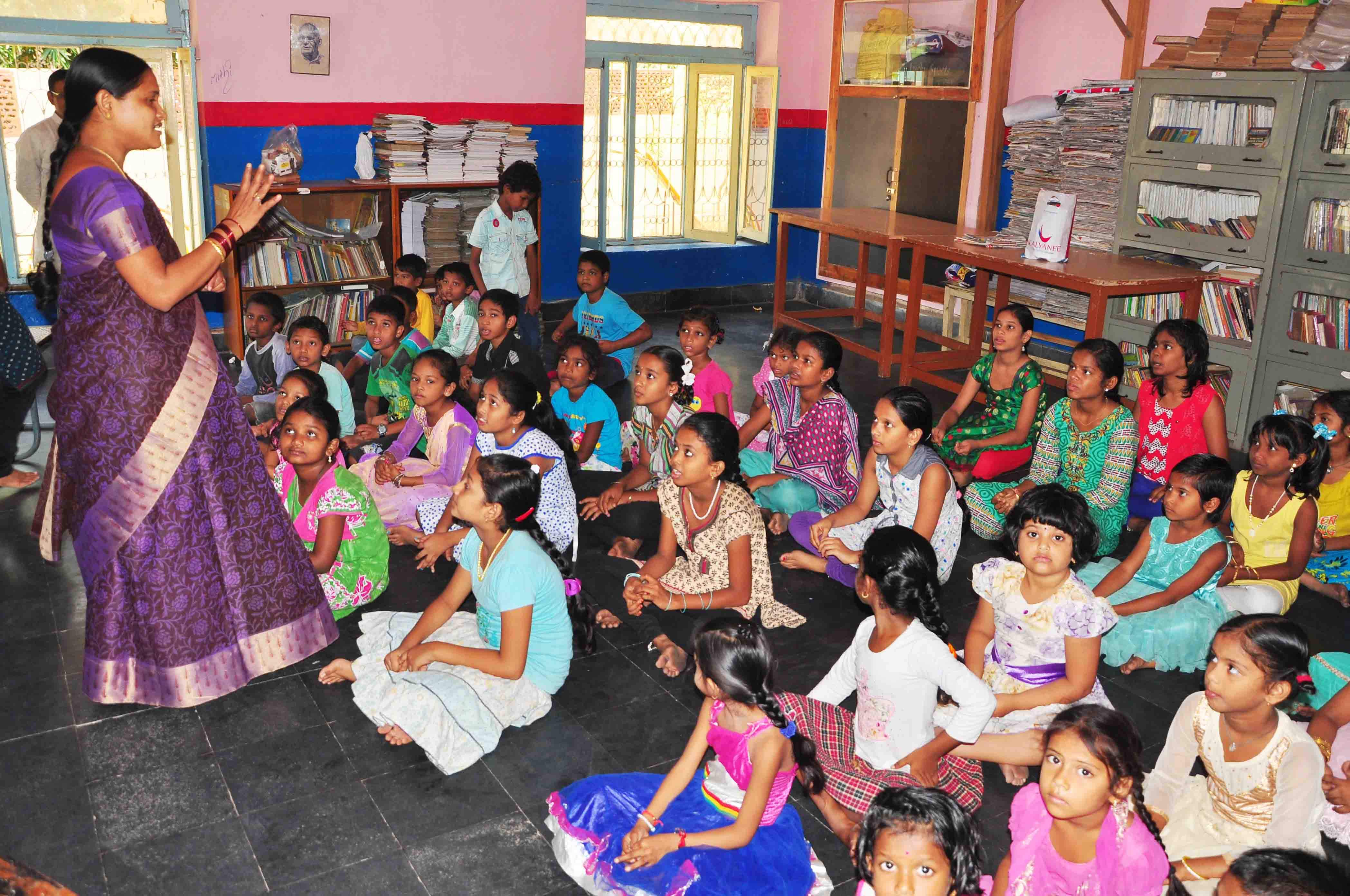 Round the clock: she pursued her many master’s degrees during the day, while teaching at the school in the afternoon.

The school, unlike many, is completely dedicated to the children of fishermen families, whose education is often neglected by the parents. “Initially, I had to counsel the parents on the benefits of sending their children to school. Many of these children are often married at a very young age,” says the 40-year-old. Often, if the husband dies, then these young girls are sent back to school to complete their studies.

Previously, under the National Child Labour Project from 1999 to 2003, the government would deposit `100 in the child’s name at the post office until class V. “We would visit every house, requesting the parents to enrol their children in the school. But we were often met with utter indifference. With a total of 75 children at the time, we now have a strength of 900,” she says, proudly. It takes great ability to get through to people, but Madhura Vaani’s simplicity and warm smile earns that respect.

Initially, I had to counsel parents on the benefits of sending their children to school. Many of these children are often married at a very young age

Talking about the pitiful conditions the children face, she says, “Parents need to think about their children. They don’t have the proper environment or space to grow at home. There is no table or light that is provided to help them study. They are constantly disturbed by regular quarrels between the parents, which they share with me as they have no one else to turn to.” Madhura Vaani has seen her fair share of issues while dealing with these children. She recalls an incident of a class VIII girl who eloped and was then brought before the court. “My husband being a lawyer, I had never needed to step into a court until that day. Being the principal, I had to go the court to help those children. But I don’t feel the need to belittle them for their mistakes, so I often joke that I’ve finally seen the inside of a court because of them. I realised that if I am non-judgmental yet concerned, then they are more likely to return to school,” says the principal, who attributes her calm personality to being the eldest sister, thus have a lot of responsibility at home.

“I was taught to be responsible in everything, and be fair and equal to all,” says Madhura Vaani, who aims to pursue her PhD in the future. Sharing her memories from school, P Lakshmi, a student of Madhura Vaani, says, “I have been in this school since LKG and now I have just finished my class X. Being in school has changed me for the better. Never in my life did I think that I would be such a good painter. Now, whenever I sit at home, all I do is paint the things that I observe, on paper.”