Ponni K, the much-educated transwoman who’s been teaching Bharatanatyam for free to slum kids in the city of Chennai talks about her journey as a teacher

No one in my family has studied beyond class VI. The family norm so far has been to drop-out of school at the age of 11 or 12 and join the snack-making unit in the town, where you can learn the trade, and at the age of twenty, you will be equipped to set-up your own shop. But unlike the others, I stood my ground to study further,” says 39-year-old transwoman, Ponni K, who’s been conducting Bharatanatyam class gratis at her dance school Abhinaya Nrithyalaya, in Chennai’s Vyasarpadi area.

But the Thoothukudi-born dancer says that when she started to learn Bharatanatyam, it wasn’t an easy feat. “Right from my childhood, I was inclined to dance. My favourite movie at that time was Salangai Oli,” says the classical dancer. She adds that it is her older sister (who she shares a close relationship with) who has been of constant support and even convinced her parents to allow her to continue in school and accept her for who she is.

“I was rejected multiple times by the nearby dance school. Then, I approached the woman who runs the school and pleaded with her to teach me. She even asked me if my sole purpose to learn the art form was to join the film industry, but later she allowed me to join her class,” says Ponni, who’s been learning Bharatanatyam from the tender young age of thirteen.

I couldn’t find students to teach. Except for the two children who lived near my place, the fact was that no one wanted to learn dance from a transgender

After her graduation from V O Chidambaram College, Thoothukudi she was confused about the way forward. “I actually planned to do a Master’s in Mathematics, but then I met with an accident and had to be home for a few months. That’s when I decided to continue to pursue my dream of becoming a Bharatanatyam dancer,” says Ponni, who has a three-year diploma in Bharatanatyam from the Government Music College, Thoothukudi. Dance machine: Ponni wanted to pursue Mathematics, but decided to continue to pursue her dream of becoming a Bharatanatyam dancer | Pic: P Jawahar

When asked how she began teaching, she says that it all started when an NGO requested her to conduct a Bharatanatyam dance workshop for transgenders in Theni. “I was really scared to teach them. They were much older than me and I had friends who’d tell me that they might kidnap me to Mumbai. But I put down a set of rules that need to be followed inside my class — like no smoking or clapping hands like they usually do. Surprisingly, they didn’t get irritated but treated me with respect and I liked that. That’s when I knew that I had to take up teaching as my career,” says Ponni, who then moved to Chennai with Anjali, a transgender whom she met at the workshop. 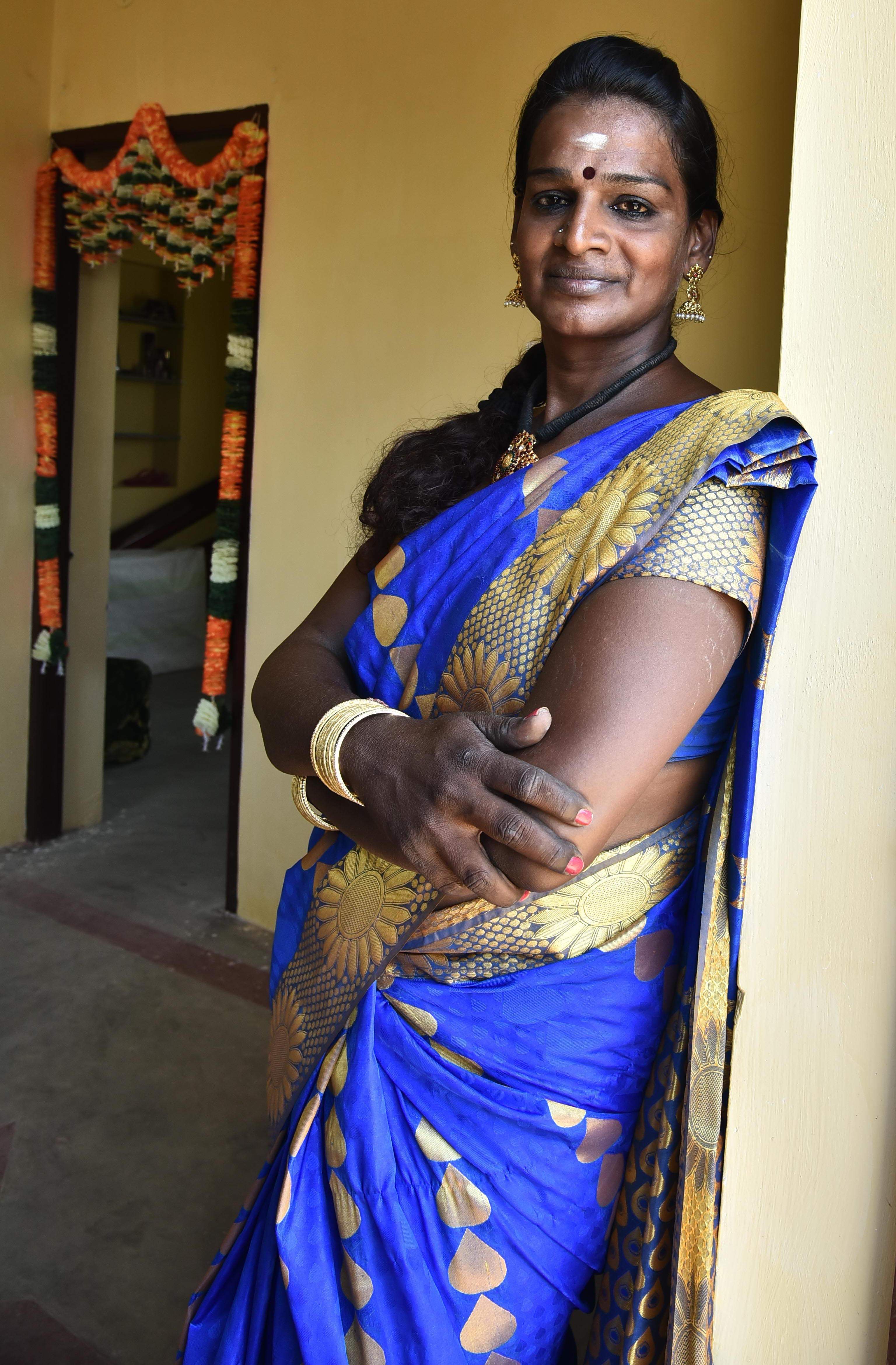 If you think that it’s difficult for a single woman to rent a place in Chennai, try two transwoman who dance for a living. “Forget finding a house, I couldn’t even find students to teach, except for two children who lived near my place. The fact was that no one wanted to learn dance from a transgender. We even distributed pamphlets to spread the word about our classes,” explains Ponni, who now teaches 32 kids at her dance school including a few transgenders.

I was rejected multiple times by the nearby dance school. Then, I approached the woman who runs the school and pleaded with her to teach me. She even asked me if my sole purpose to learn the art form was to join the film industry, but later she allowed me to join her class

Ponni who also works as a dance teacher at a few branches of Shivakalalayam, a popular dance school in the city, says that she still faces that initial hesitation when a parent comes in to admit their child. “S Shivakumar, who runs Shivakalalayam is the reason why I am invited to perform at various platforms today. I was about to give up when I met him. I have learnt many things from him and he’s one of the major reasons why I can live my life with respect today,” says Ponni.