Want to make an impact in brand management? Grab Neil George's latest book that gives you a crash course in the field

Somewhere between being the Marketing Director, Netherlands of the British multinational company, Reckitt Benckiser in 2010, and the Vice-President, Marketing (Europe) of Diversey Inc in 2012, Neil George took a much-needed three-month break. Friends approached him, seeking advice in terms of their career in Marketing, Brand Management and more. And he had valuable pearls of wisdom to give, considering his vast experience.

When he noticed that people were taking his advice seriously, he realised that it would be a better idea to write it for them in the form of a book. And not just any boring old book; a comic that gives you a crash course in Brand Management through an engaging story. Thus, Building the Perfect Beast — What Really Happens in Brand Management was born. Offering an explanation for the title of the book, George says, “Beast because when youngsters join a company they are like rabbits — nice, fluffy and cute, but they slowly become greedy and turn into beasts.” 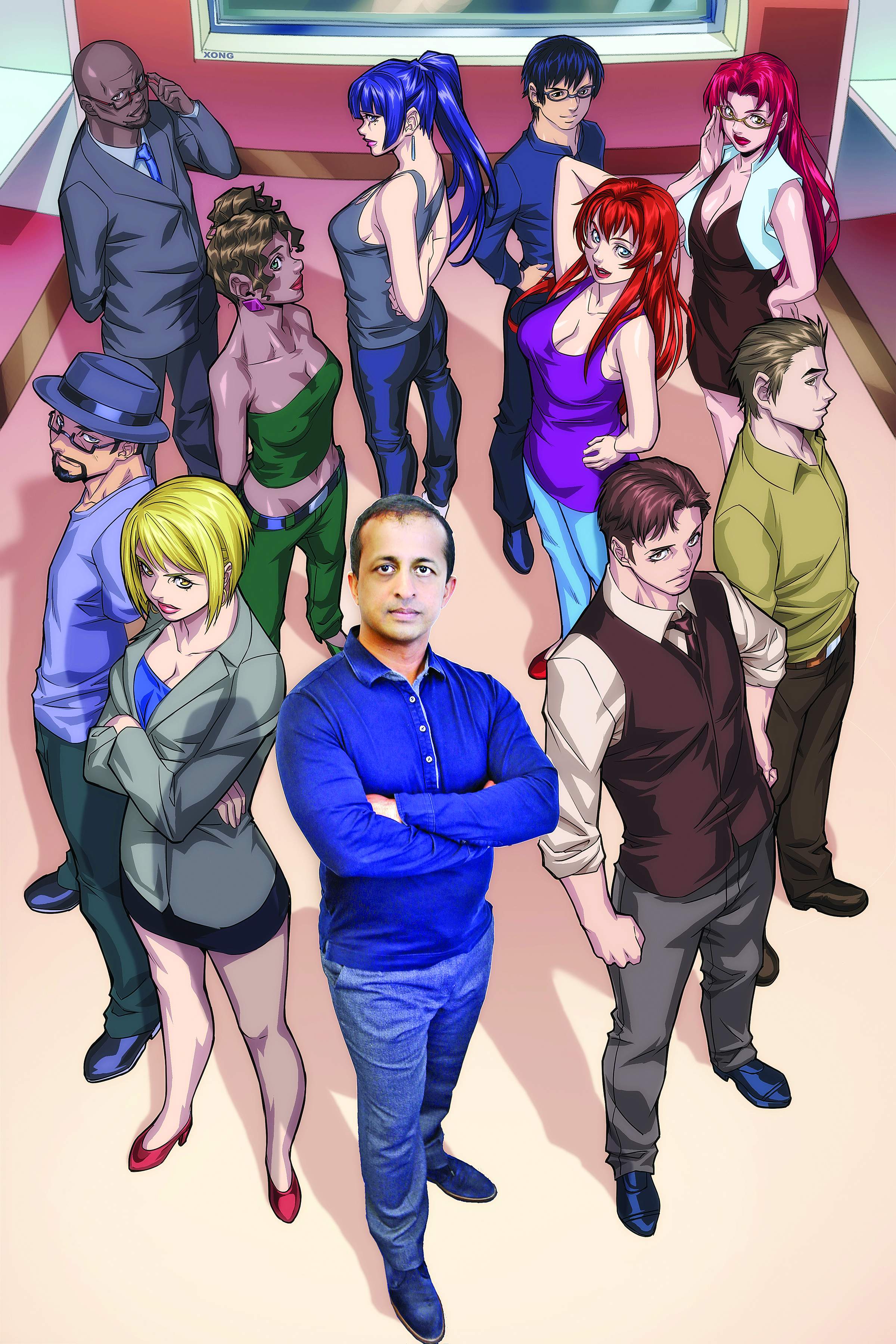 Brand factor: Neil George with the characters from his book

The Kochi-born marketing wizard laughs as he says, “I did try writing a novel though, but  soon realised that I wasn’t equipped to be a writer.” But what he has been trained for is visualisation and storyboarding, which developed while working extensively with ad agencies. So having done over 100 films himself, the storyboard and the script for the comic came easily to George, who is currently based in Mumbai and is the Managing Director of Nivea India.

Having worked in London, Amsterdam and several parts of Europe, his comic too has a multinational set-up, “...as this is for a global audience,” he says. While the story is based in London, it has characters like a Chinese immigrant, a South African supermodel and others — all fighting it out in a brand management firm to be the best. “The comic captures the complete ecosystem of people who work in Brand Management,” he tells us and of course, he has had several experiences from his own life to draw from. But he spent a good three months researching to just put together a dream sequence!

While the story is based in London, it has characters like a Chinese immigrant, a South African supermodel and others — all fighting it out in a brand management firm to be the best​

George, through his comic, lets us in on the dark side of the industry. “It may seem glamorous from the outside, but there are undercurrents no one sees,” he says. Every chapter has something funny and informative. And what might the lessons be you ask? You’ll have to read the book to find out.