A multi-domain team of engineering students from India became the winners of CanSat, a global aerospace competition

Team Astral, a group of 23 engineering students from Uttarakhand's University of Petroleum and Energy Studies (UPES), were crowned the winners of Cansat 2017, a global aerospace competition organised by the American Astronautical Society (AAS) and American Institute of Aeronautics and Astronautics (AIAA), held in Texas, USA. Beating 39 teams from around the globe, the Indian team surpassed hurdles, met deadlines and learnt to work together in a victory that has certainly highlighted the importance of STEM education within the country.

True to its name, the competition involves the building of a 'satellite in a can', with the mission to create a solar-powered glider. Shortlisted from 100 applicants, the team made it through crucial rounds such as the Preliminary Design Review and Critical Design Review, to make it halfway around the world to Texas, where they debuted their glider. "We were a little apprehensive during the last two rounds. We were confident that we would place in the top five, but winning was like a dream come true!" exclaims Raghav Garg, the Vice-Team Leader. 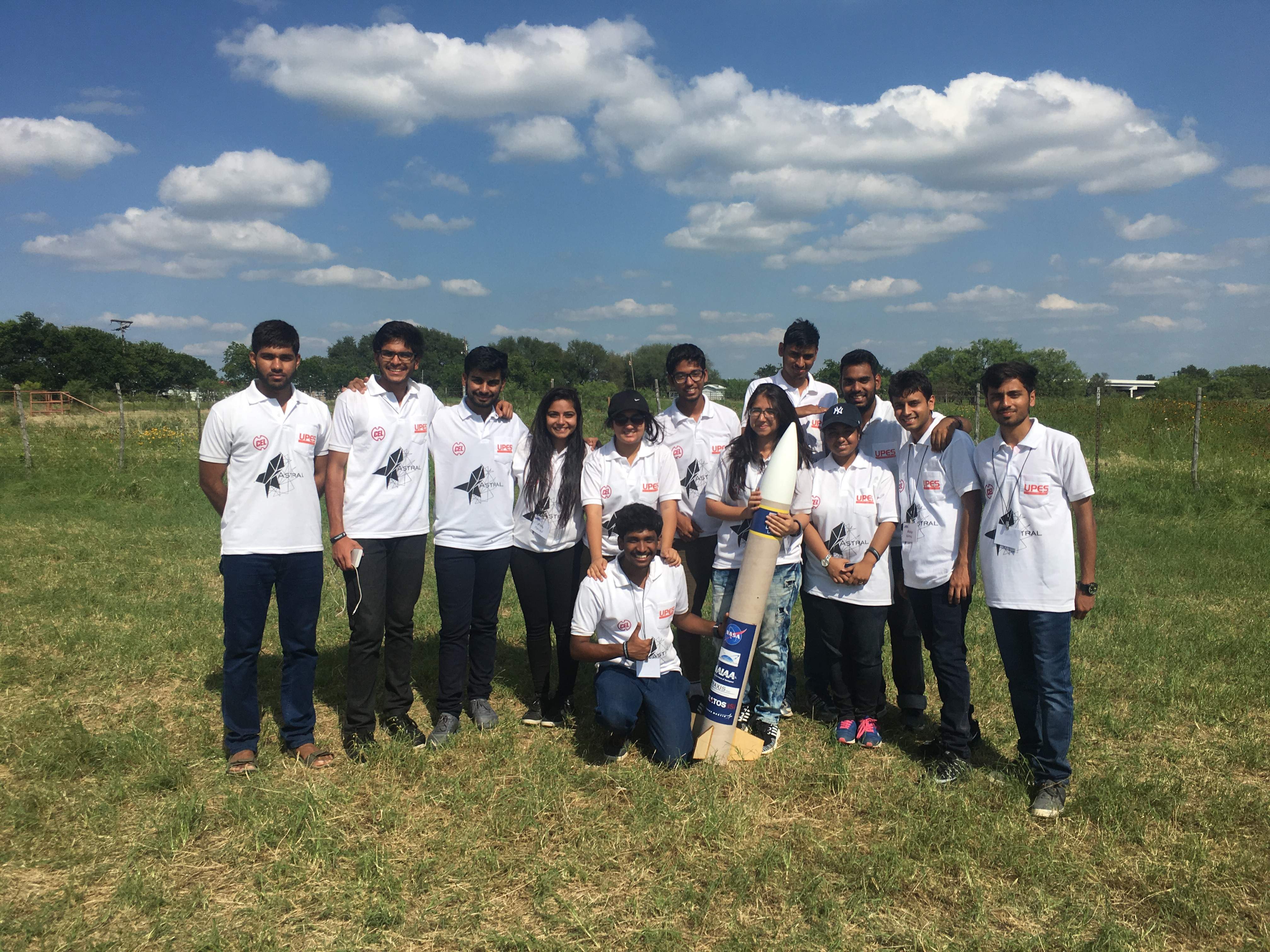 Team Astral consists of a unique blend of students from various engineering disciplines like Aerospace Computer Science, Material Sciences, and Electronic Engineering. Within the team, different members were responsible for designing and executing different components of the glider, based on their area of study. "My expertise in Material Sciences helped the team to meet the mass constraint," explains Devarrishi Dixit, a team member and a student of Material Sciences. Maintaining that engineering education is a boon to economic growth, he adds that "engineering education in India must be more flexible, where they are free to learn and not forced.”

Though the international teams they competed against were equipped with innumerable sponsorships and recognition from their respective countries, the team believes that it was their collective effort that allowed them to make it through all the rounds. "It was intimidating at first as there were so many other teams from other countries, but we were so focused that our mindset rarely wavered. Winning at the global level has been phenomenal as it proves that we can be the best and that there is no limit to a person’s ability," says team member Kavitha Venugopalan, a student of Product Design at UPES.

Determined to return and compete as a team again in CanSat 2018, the students swear by their hard work and vision, "We cried when the results were announced. It was a great learning experience. Everyone appreciates you and asks about your university and that really matters. We are already gearing up for next year," says Utsav Nangalia, an Aerospace student. Something about this energy hints at assured success in the future.