The little girl who could: Nupur Saraswat in conversation about art, identity and activism

Having made herself a force to be reckoned with in Singapore and across India, Nupur Saraswat talks about her influences and her fight against gender bias

At first glance, Nupur Saraswat is a tidal wave of artistic expression. Having established herself as a force to be reckoned with in Singapore and performing in venues across India, the writer, environmentalist and spoken-word poet wields her words like a weapon to fight for what she believes in. Recently, the 22-year-old was in the public eye when she went on a social media battle with a Hyderabad hotel that refused entry to the solo female traveller. Having participated in a number of events such as Campus Diaries' #LouderThanWords, UN Women, TEDx and the Under 25 Summit, the poetry scene has made space for her inescapable voice. We catch up with Nupur to talk about her influences and her fight against gender bias. Excerpts:

Was there a particular cause that drove you to poetry?

I was a debater growing up. I always felt at home on stage. When I moved to Singapore as a teenager, I spoke about what it was like to be a woman in India or anywhere in the world, as a matter of fact. I have always been passionate about gender and politics and that's where it started.

There is a lot of movement and physicality to your poetry. How important is that element in your performance?

My poetry deals with body issues. It is about growing up in my body. With my big curly hair and body type, people deemed me unconventional. So when I am up on stage, it's not just about my voice. I'm saying 'these are my words and this is my body.' 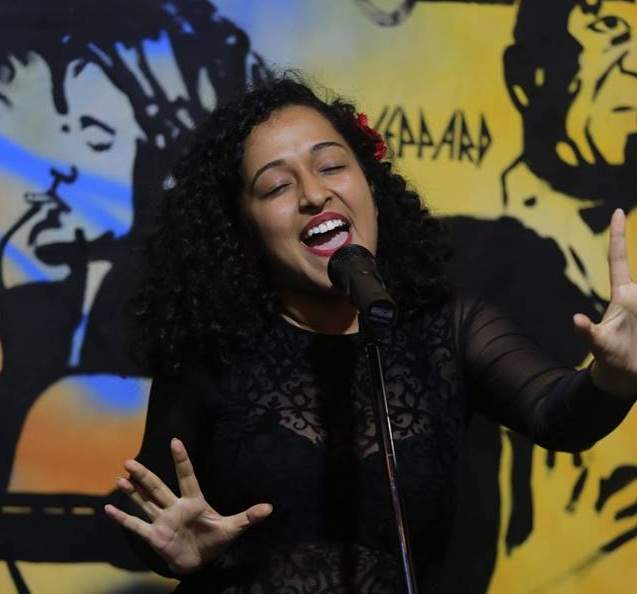 You've written about the disadvantages of being a brown woman. How has your identity impacted your personal life and work?

I lived in Singapore for seven years. That city, where I was a minority and my colour came into striking relevance helped me realise that this isn't about me. When I returned to India, I quickly found that presenting these experiences were really conflicting as people would dismiss me and what I have dealt with because I have lived abroad. So in a way, the colour of my skin has pushed me back and forth.

When the media characterised you as a 'victim' while reporting the hotel incident, did it affect the message you were trying to convey in the first place?

When I was looking at myself on the news, it made me realise that I am not ready to be victimised. People were posing questions like 'Why couldn't she go to another hotel?' and so on. My point is that I will not go somewhere else. I refuse to. I will put up a fight. It's about being perceived as an individual before my gender.

My poetry deals with body issues. It is about growing up in my body. With my big curly hair and body type, people deemed me unconventional. So when I am up on stage, it's not just about my voice. I'm saying 'these are my words and this is my body.'

Tell us about Two Sanskari Girls. What does the word 'sanskari' mean to you?

My partner Kate Black-Regan and I are putting the show out there with a lot of expectations. One segment of the show is called the 'Shoulds and Coulds'. It's about how a lot of us have been living our lives based on what we should do and not what we could. So it is about living our coulds! Sanskari actually refers to a well-cultured woman with complete knowledge about the Vedas and Indian literature. It is this recent wave of Hindutva and internet trolls that have changed the meaning of this word. We are trying to redefine it into the idea of just being a capable person by removing any boundaries that have been put up on the way to being liberated.

Were you surprised that your message was lost on certain sections of people?

I was just sharing my experiences, I did not expect for it to become sensationalised. What I wanted to draw attention to was the fact that a company as reputed as GoIbibo was able to dust its hands off on a woman requesting services in an unfamiliar city, but this went over the heads of most people.