Empty pocket stopping you from travelling? Meet Vimal Kumar who went around the whole country without spending a single penny

This youngster was on a mission to inspire people to follow their dreams. On July 1, he completed a year of his travel and is back home in Bengaluru

Remember Vimal Kumar aka Inspiring Wanderer? He was travelling around the country without spending a single penny! Why, you may ask- He was on a mission to inspire people and convince them that they can follow their dream no matter the circumstances. You think it’s impossible? Vimal has already completed his journey that began on July 1 2016, totally depending on people’s generosity, without ever asking for it.

A native of Anantapur, Andhra Pradesh, wanted to cover the entire country. Armed with just two sets of clothes, a tent and a sleeping bag, he travelled from one city to another solely by hitch-hiking and the amount of time he stayed anywhere depended on how good a time he has. 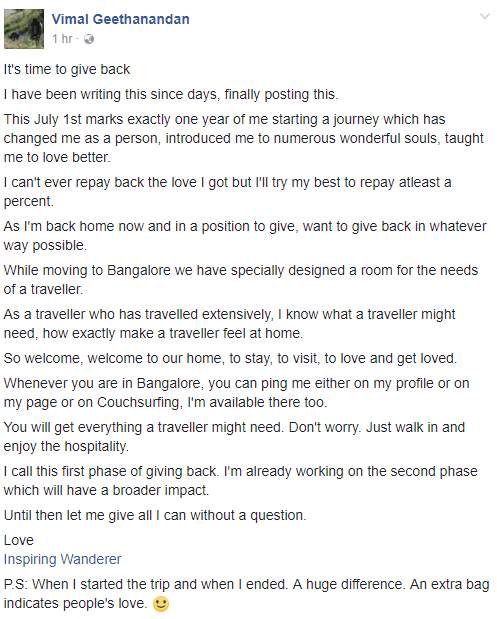 In most places he has been invited by someone to either stay with them or pitch a tent on their premises. “There are good humans out there and I’m getting their help at every stage,” he says, and indeed, his trip is replete with examples of kindness shown to him by complete strangers, such as when a German simply gave him his iPhone, or when a businessman gave Vimal a ride and invited him to stay in a star-hotel in Kozhikode. He even wears a few accessories on his wrist, which were gifted by people he has met during his travels.

Listening to Vimal almost had me inviting him over to stay. What is it about him that makes people want to help him? “I first listen to their story, because I believe everyone has one. Then I tell them my story, which they usually like and sometimes offer help.” He clarifies that he never asks anyone for help.

Travelling was something Vimal always wanted to do. Vimal doesn’t have a father, and asking his working mother for money was not an option for him. Then the idea of inspiring people by travelling this way occurred to him. 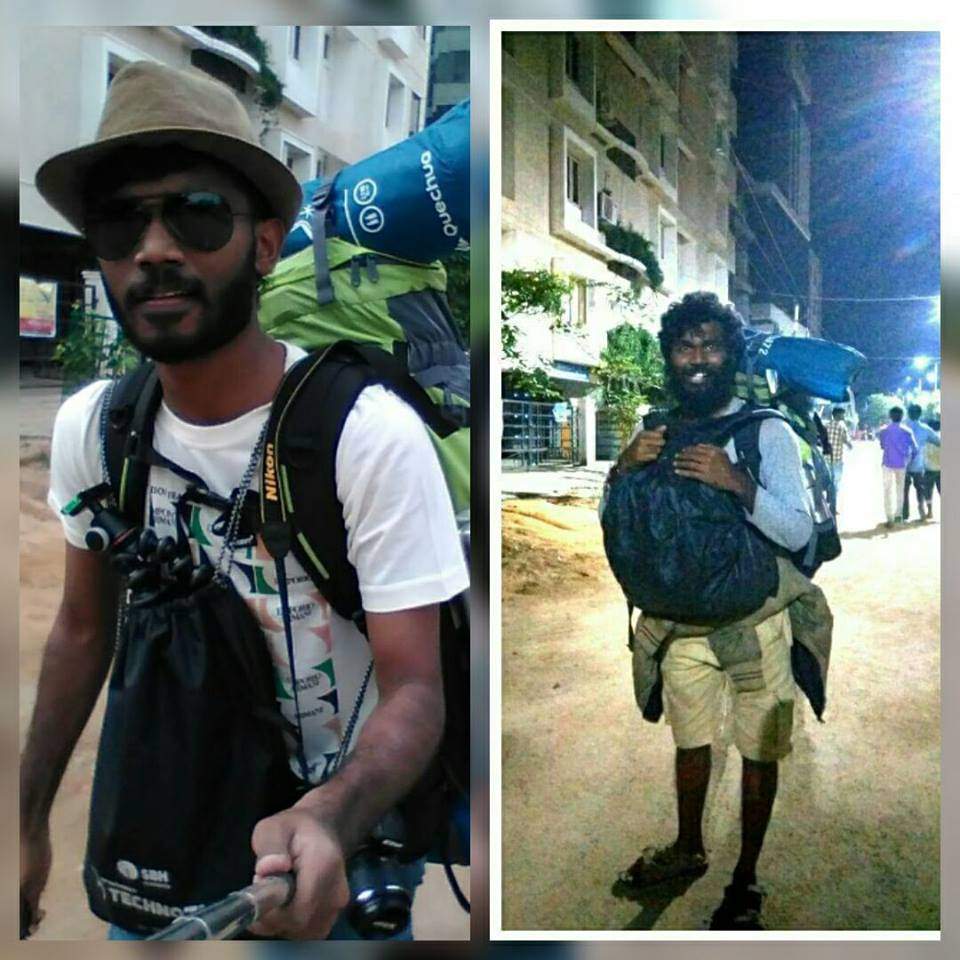 Before and after: Vimal before he began the trip (left) and after the trip (right)

It certainly helps that he can speak five languages, but Malayalam isn’t one of them. And yet, the same generosity was extended to him in Kerala as in other places.

Vimal dropped out of college in his third year and began a start-up, Smaya, which aimed to bring people closer to the real world.