'There were times when I wanted to be Tendulkar or Paes', says Bengaluru FC star

Sunil Chettri opens up about his army upbringing, his female fanbase, marriage and of course, football

A game of football is going on at the Kanteerava Stadium, aka the Fortress, Bengaluru FC’s home ground. The atmosphere is electric as the supporters, known to be among the most vociferous in the country, calling themselves the West Block Blues, are doing their duty by constantly egging on the whole team with their rhythmic chants. But, they do seem to have a favourite — their captain, a figure slightly diminutive, but slippery and quick, technically good, and one who has more than a good eye for goals. Chhetttttri…Chhhhetttri! they chant. Sunil Chhetri has always been the nation’s darling for his star turns and rescue acts for the national team, but late in his career, he has found a special place in the hearts of the Bengaluru FC fans.

In a freewheeling chat after an exhausting training session at the Bangalore Football Stadium, Chhetri talks about football, his early life, his nature (which, turns out, belies his innocent looks), his strengths, faults and the heartbreak of losing the finals at the AFC Cup. In the process, he gives us a peak into the roguish boy, rather than the man, who often carries the team on his shoulders.

Was your childhood all about football?
Mostly. There were times when I flipped, when I wanted to be a Leander Paes or a Tendulkar. But I always came back to football.

Did your Army upbringing help you as a footballer?
A lot! Travelling wasn’t a big deal for us as we had to move every two to three years. Learning new languages also wasn’t too difficult for me, and of course it taught me a lot of things, like discipline, being a part of a team, socialising, etc. 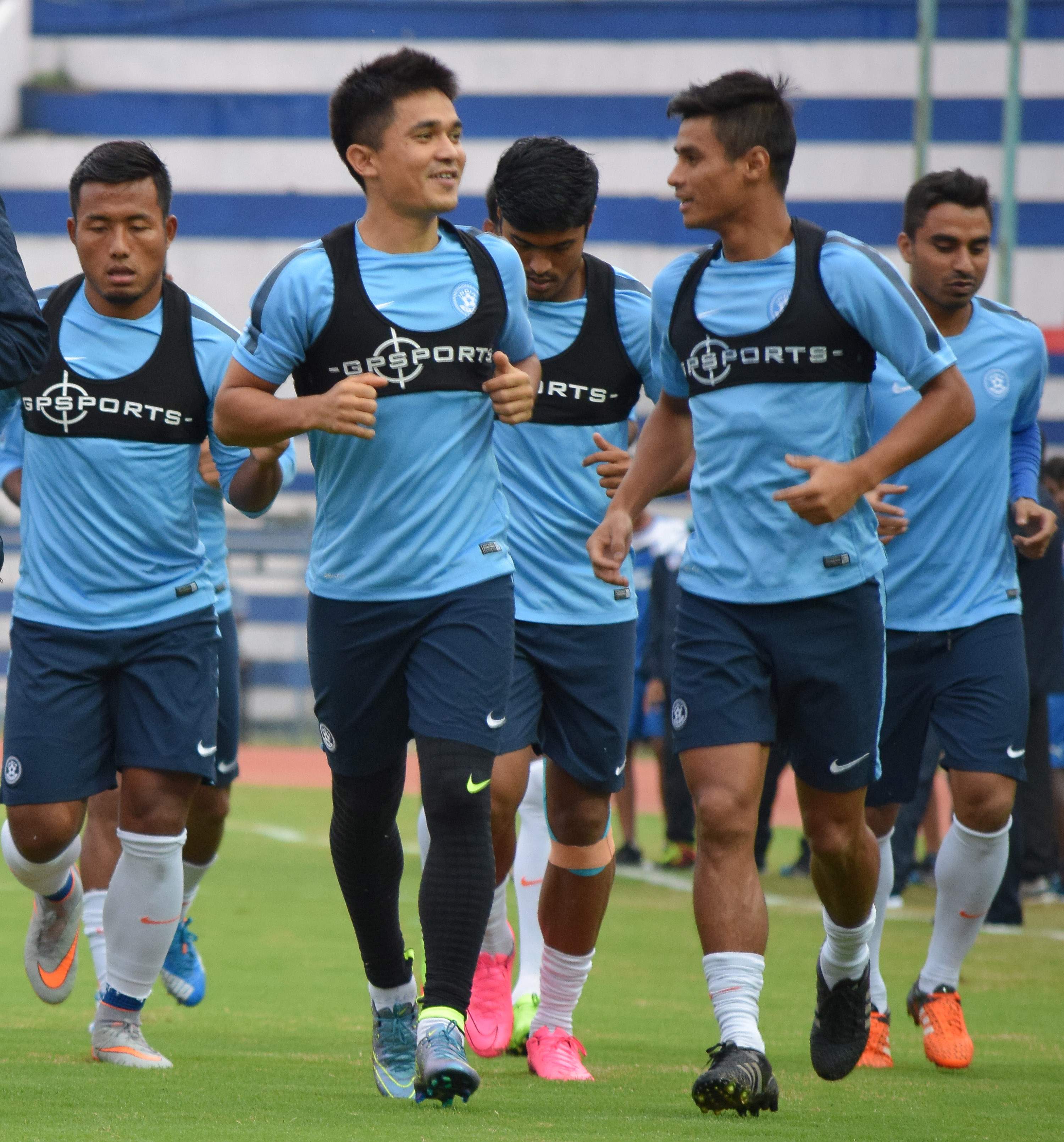 Game time: Chhetri with his teammates

What were you like at school?
I was very mischievous and restless, I gave my parents a lot of trouble. Actually, I was sharp at studies but never paid too much attention. I would slog only before the final exam. I secured 70% and my parents were okay with that. Not happy, but all right.

Did a lot of girls like you in school because of football?
Only because of football! Initially I was like furniture in the classroom, I was that shy. Now that I’m talkative, people can’t relate to it. I wasn’t tall, dark or handsome. In class VIII, I started playing for the school team and after that I understood that whatever good happened was only because of football, and there was nothing great about me per se.

When did you decide to go pro?
Once I joined Mohun Bagan AC at the age of 17. I played for India’s U-17 team in school and I was happy because through that I gained admission into St Stephen’s College, Delhi. And then I got a call from Mohun Bagan AC, which came as a massive shock. I signed a contract and suddenly I was with Baichung Bhutia and others. I was overwhelmed. Two or three years before that they had come to play the Durand Cup and I went from school to watch them. And then to go on to play alongside them was special. 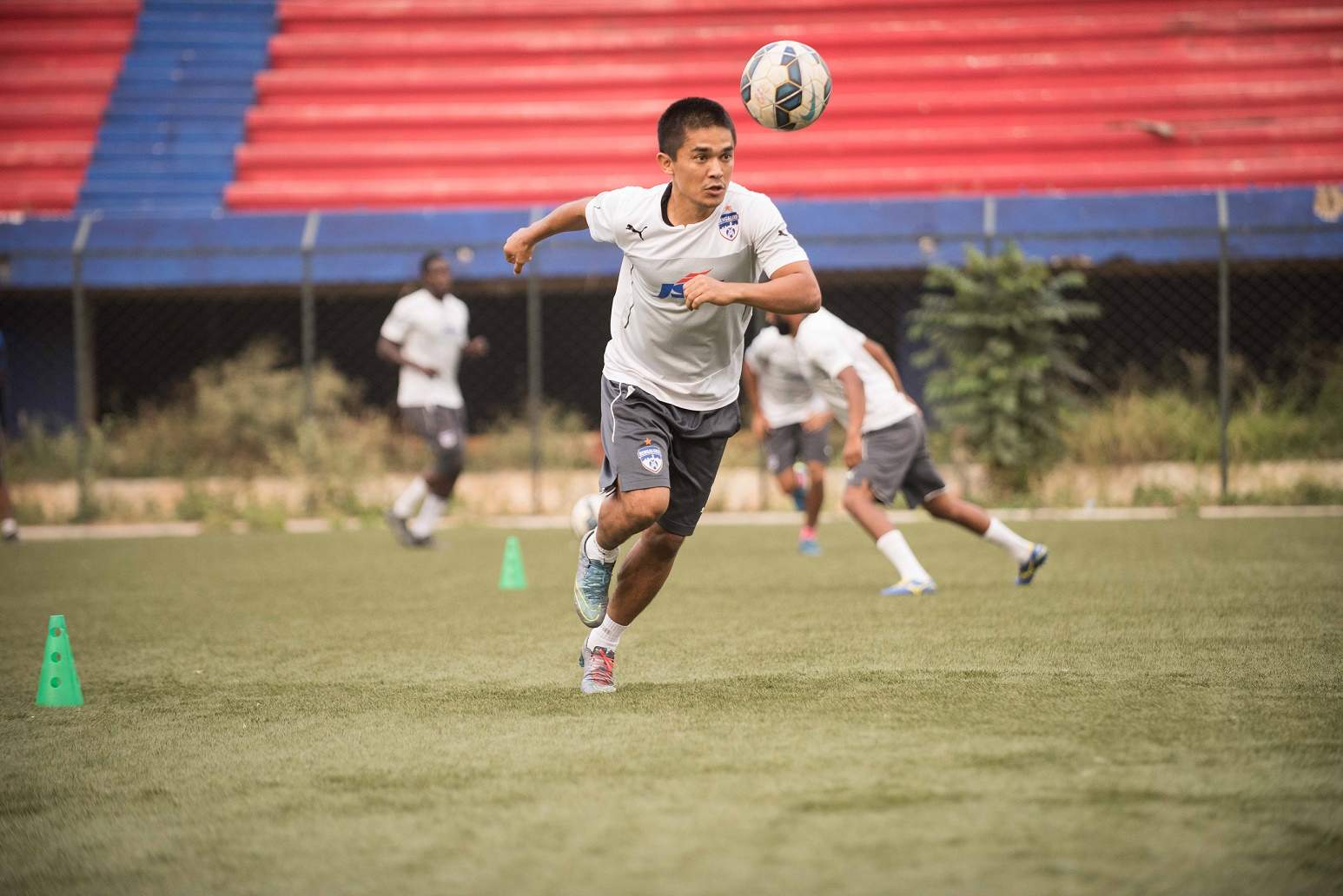 I’m actually kind of a bully. But, I have lovely friends who deal with it and give it back to me too and thankfully so, because it keeps me grounded. Kunal (media manager), for one, and my manager too, but I’m actually a bit pampered and sometimes I take it for granted. I’m trying to improve though

Is there something that most people don’t know about you?
I’m actually kind of a bully. But, I have lovely friends who deal with it and give it back to me too and thankfully so, because it keeps me grounded. Kunal (media manager), for one, and my manager too, but I’m actually a bit pampered and sometimes I take it for granted. I’m trying to improve though.

How do you unwind?
I like to drive or ride around at night. Sometimes, I don’t even know where I’m headed but I take a long, one-hour drive and listen to music. It gives me a kick. I also talk to myself a lot during that time, and start dreaming about the game and how I’ll score a goal.

Do you think the growth of the team will continue?
I hope so. My duty is to set a good example. I always try to do my best on the ground so that the kids can watch and follow. If you ask Udanta (Singh)if he has learnt something from me, it is by watching me and not by talking to me. I only talk about fun stuff with the kids, like bikes. I never talk football with them. 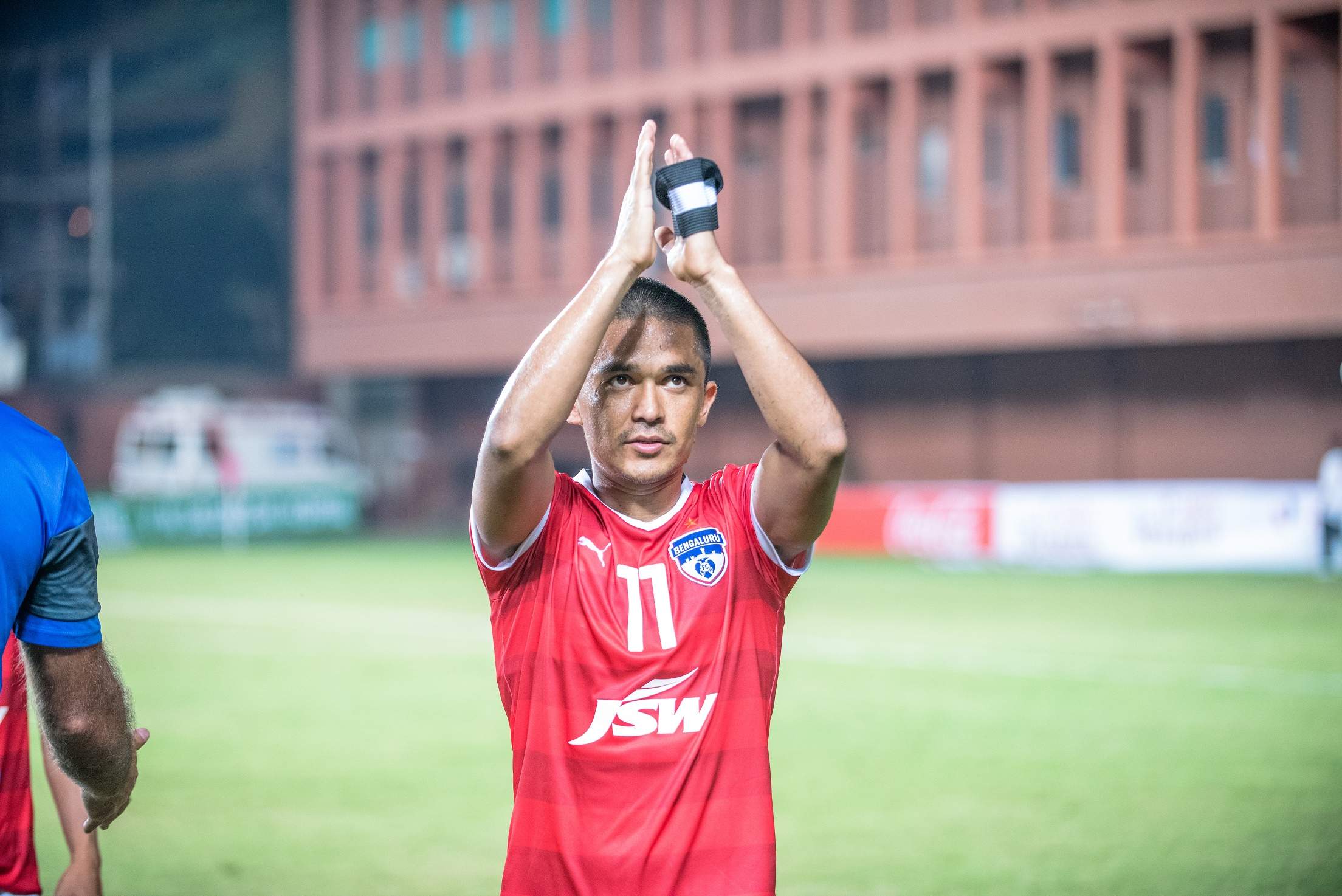 I don’t party out much, I prefer house parties. I just bought a house in Bengalur, so now I’m a Bengalurean, and I’m really excited. I got a good deal for a house on Lavelle Road. I’m pimping it up and then all the parties will be at my house. But, I like to sleep by 11. So, people can come to my house and then go out to party further

Which young Indian players do you think are really exciting prospects?
Gurpreet Singh, Udanta Singh for sure; there are many really. The whole of the Under-17 team are good.

You’re going to get married...
Yes, I went to meet my girlfriend's father and it felt a bit strange. We’ve been through thick and thin, we’ve been dating for the past 12 years. It’s nice to finally marry my girlfriend who’s always been there, who understands me. She’s seen me when I was no one, and was a part of my transformation. And she thinks I’m a good human being too. Nobody can marry someone just for their football skills.

What are you thinking before taking a penalty?
(Laughs) I can’t tell you my secret. But, I’ll tell you this, when my team’s winning, the way I take a penalty is different than when we’re not. I exercise a bit of liberty when we’re winning. I’ve missed some crucial ones, but this club has been very forgiving.

Do you play Fifa on the PlayStation?
Yes, but I’ve lost touch now. I’m going to start playing again. I’m pretty good. The best in our team is Keegan (Pereira). I’ve beaten him, but
he has beaten me more often, as he plays online regularly. Apart from him, Zula is good and Shankar is all right.