Here's why every book lover should stop by 82-year-old Govindaraju's garage filled with books curated since the 1950's: Books, books and more books

Amidst a pile of yellowing books with the rustic smell of a bygone era sits 82-year-old S A Govindaraju, whose passion for books runs through his veins. His late father had advised him to keep a collection of valuable books and there began his passion for rare books. This retired teacher’s collection soon became Rare Books, a tiny bookstore in Chennai's R A Puram that is not easy to find for the simple reason that there no flashy board welcoming its visitors. And when you do find it, you will see a tiny, dimly-lit garage filled with books with blue 'sales' stickers and a small board that reads 'Rare Books' on the door.

But is the bookstore being away from prying eyes a deliberate move? "I don't want people to come here and bargain. For them it might be a business, but for me it is a mere act of passing on good books," says Govindaraju, who says that he expects only 40 per cent of the money he invests as returns from sales. "If I had more money in this life, I would buy more books," he says. The bibliophile began collecting books in the 1950s, starting with the Penguin books which were available for a negligible sum of four annas. 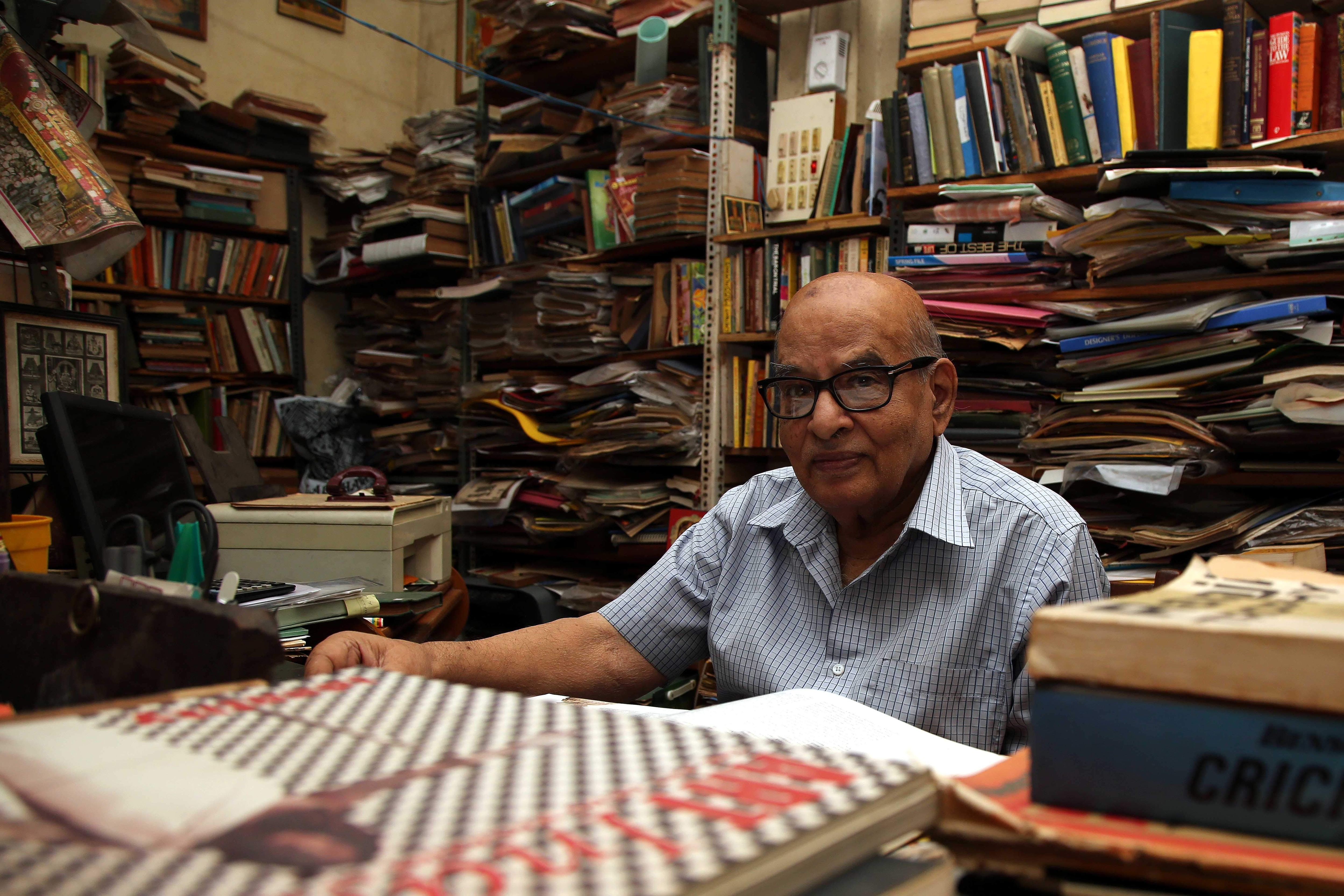 What is most unique is his collection of advertisement cutouts from newspapers and magazines dating back to the 1940s. Among these are sports magazines and cartoons of R K Laxman. English literature, poetry, fictions, classic Tamil literature and innumerable National Geographic magazines are some of the genres you’ll find, the oldest in his collection being a 1886 German novel. The rarity of his books was so admired that he racked up an impressive Rs 88,000 when he put up a stall once at the Madras Book Fair.

Rare Books, located in the suburban R A Puram, is not that easy to spot for a simple reason that there no flashy hoarding welcoming its visitors. Upon asking around, you will be taken to a tiny dim- lit garage, and the blue 'sales' stickers and a small hoarding saying ' Rare Books' on the door, are the only indication to the store

A stubborn man with a razor-sharp memory, Govindaraju refuses to take help to catalogue his store. " The only help I seek is from my wife who occasionally mans the store. Apart from her, I like to be left alone with my books and their chaos," he says. At the age of 82, he depends on his memory to locate a particular book "I will know if a particular book is in my store. Sometimes it might take me weeks to locate it, but I like to dig among my collection rather than depend on a computer," he adds. 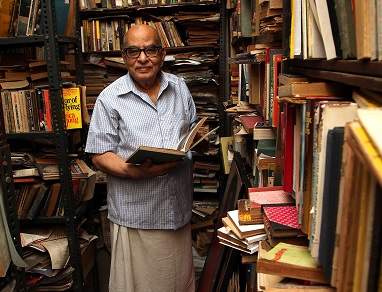 Let's talk: An ardent bibliophile, he enjoys engaging in a lively conversation with people who comes to his store

When asked about the shrinking readership among youngsters, he says that he is optimistic about the future generation but feels that they need to dedicate a little more time on reading. “Today’s generation is concerned only about two things — entertainment and food. They should dedicate at least half an hour each day for reading,” quips Govindaraju, whose store is a means for him to engage with fellow bibliophiles more closely.

The only help I seek is from my wife, she occasionally man the store. Apart from her, I like to be left alone with my books and its chaos. My children suggested that I expand the store but I refused because of space constraints

S A Govindaraju, Owner and curator of Rare Books