Heels on wheels: Here's how India's female bikers are breaking stereotypes and making the nation proud

Some of the best female bikers in India tell us what it really takes to be one, amidst all the objections

The wind in your hair. The freedom of being on wheels.
Being in touch with your surroundings. The confidence that comes with having a powerful machine under your control. The feeling liberates you.

Any biker would tell you that. But while it is perceived as something cool when a man does it, not every female biker is seen that way. Most have been criticised and shamed for doing something, which according to our society's standards is considered 'unwomanly'.

Bikerni Babe
Urvashi Patole Sane was just 14 when she first rode a motorcycle. She knew right then that she could never stop getting on it. "It was my curiosity that inspired me. No one had to talk me into it. In fact, my parents had no clue I had been riding until I met with an accident and broke a bone," she says. 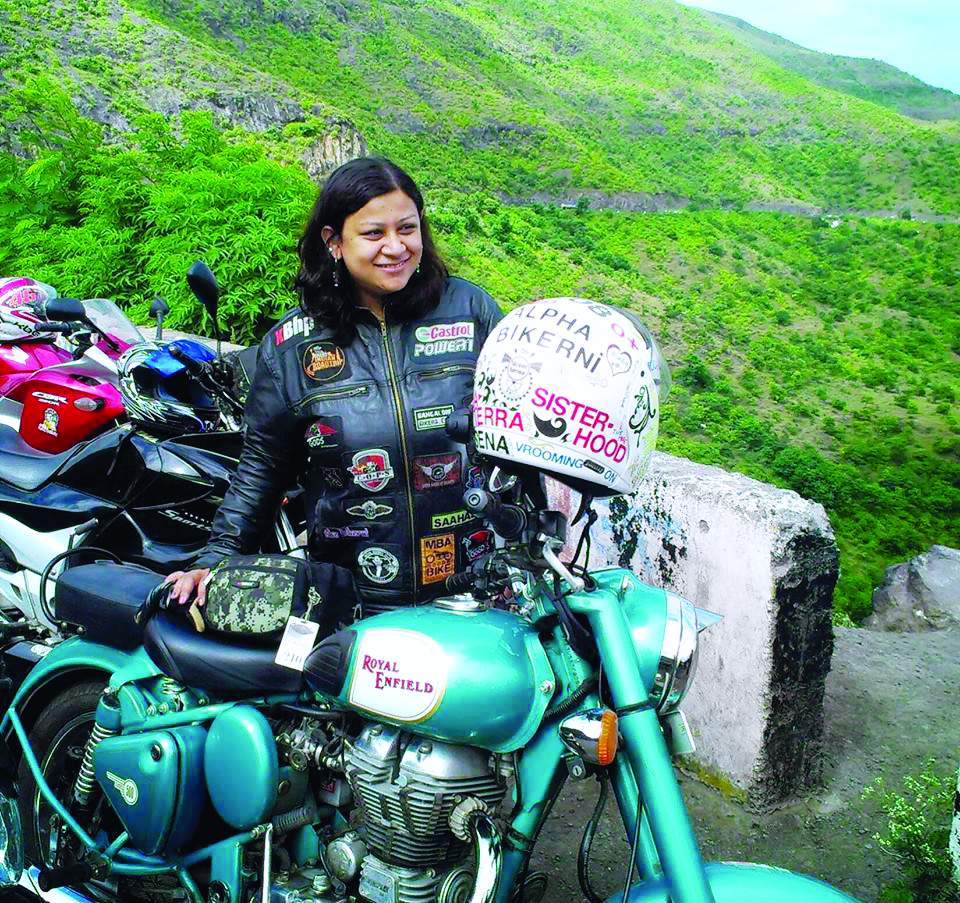 Born to ride: Urvashi was 14 when she first rode a motorcycle

However, she soon realised that there were very few women who were intensely into motorbiking. In fact, the women who were into it were often ridiculed and judged. "There were comments like 'Ghir mat jaana', 'yeh ladki nahi chala payegi'. So on January 15, 2011, I decided to start Bikerni, to create an equal platform for female bikers across India to give them a chance to follow their passion without judgement," she says. Today, the group has over 1,200 members across 17 states.

Not that life has gotten easier ever since she went pro, "When we gear up, you can't make out if you're male or female. When people find out, they catcall and criticise. I've been stopped at checkposts, and when the police see that I'm a woman, they've told me that they were surprised that a woman is driving such a long distance. I've even been pushed off my bike," says Urvashi.

When we gear up, you can't make out if you're male or female. When people find out, they catcall and criticise. I've been stopped at check posts, and when the police see that I'm a woman, they've told me that they were surprised that a woman is driving such a long distance. I've even been pushed off my bike.

In the last few years, however, attitudes towards women bikers are changing. Families and brands have been encouraging as well. Through Bikerni, the first exclusive platform for female bikers in India, they plan national and international tours, participate in races and even perform stunts.

This isn't stunted growth
Communities like these are the lifeline for women who have no other support. Especially for women like Anam Hashim, a stunt rider who had to leave home to pursue her passion. "My family never supported me. They wanted me to stop biking or leave the family. I've worked very hard to buy my own stuff. It was a long and difficult process, but I'm happy with where I am now," she says.

My family never supported me. They wanted me to stop biking or leave the family. I've worked very hard to buy my own stuff. It was a long and difficult process, but I'm happy with where I am now

Being a female biker, and the only stunt woman in the country comes with its own set of challenges. "I've been approached by brands who want to use my name for their promotion. And the men don't like that. They never genuinely appreciate you. They tell me that I don't even have the skills and I'm getting all the fame just because I'm a woman. I have more critics than supporters," she admits.

But the 22-year-old isn't here for the fame. She considers stunt riding a serious sport. What you see on TV is not really stunt riding. In reality, it is a sport. "Last year, TVS picked me to ride for them and made me their brand ambassador. I was the only female to ride to the Khardung La, a mountain pass in the Ladakh region. I've also been offered stunt roles for movies. But I've denied all of them because I consider it a sport, not a performance,"she says. Anam now has her own company called the Dream Motor Sports. "We focus on safety. India tops the charts for road accidents and we're trying to create awareness about it and train people to be safe while performing stunts. It is the only company in India solely dedicated to road safety," she adds. 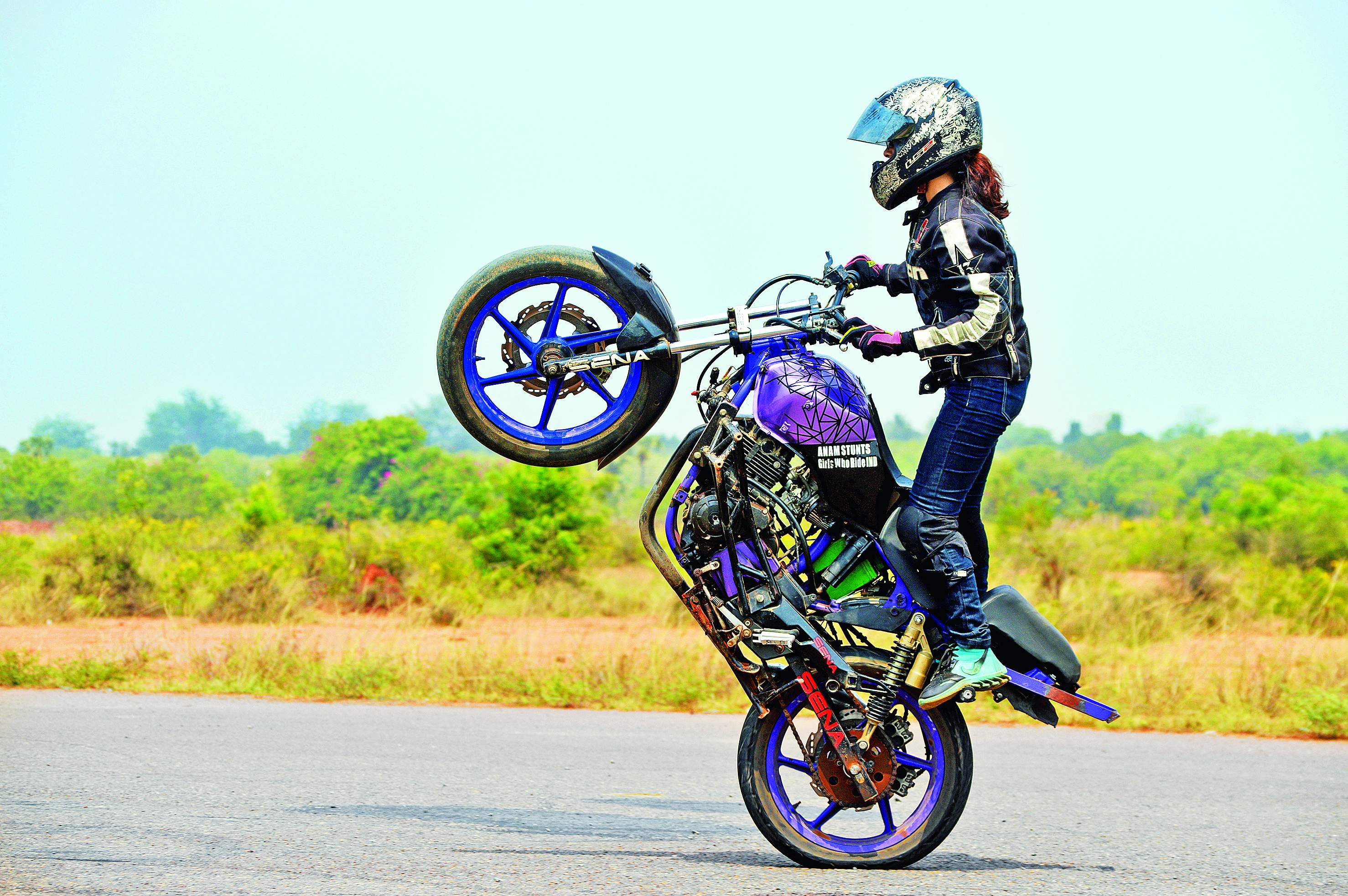 Track record
For some like Kalyani Pothekar, life was much easier. Her father being a motorsport racer himself, she got all the support she needed from her family. She got her own bike soon after high school and started touring. She went for the Racing Himalaya bike rally, and was the youngest rider at that time, at 20. She then went on to finish her training at the California Superbike School.

But even for someone who had considerable support, the criticism couldn't be avoided. "As long as you're a woman in India, anything you do differently will be criticised, even by other women themselves. When I was studying in Pune, I hadn't learn to park the bike using the main stand yet, so the older ladies in the neighbourhood would put me to shame which was demotivating. There were men who used to tease me," she says. 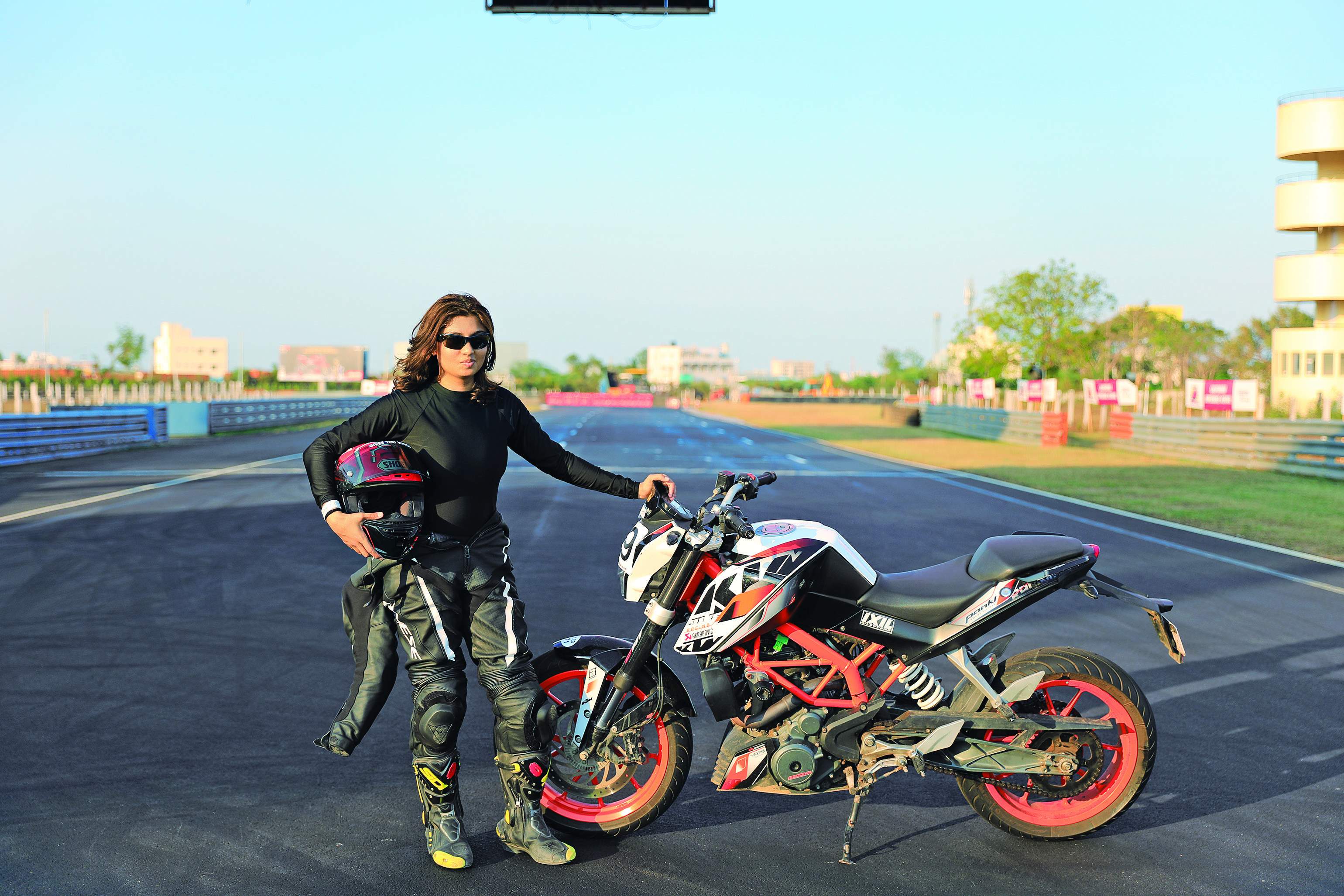 Today, Kalyani is a full-time racer and a very successful one at that. "The excitement of being off the grid, the thrill of the speed, especially when you go past someone, and the elation you feel when you stand on the podium with other bikers, that's what I live for," says Kalyani.

One of her best moments, she recalls, was when she took part in a reality show by MTV. "We were asked to travel to villages on our bikes and explore their culture and lifestyle. It opened my eyes to a whole new world," she says.