Bengaluru-based performance artist Dimple B Shah reminds us what India stands for today, even if that means dressing up like past's forgotten faces

Over the years, many have given their blood for the freedom our country enjoys today. We've read about some of them and we've even watched movies made on them, but there are a fair few who have been instrumental in building the society we live in. Dimple B Shah, a Bengaluru-based performance artist wants this generation to remember those 'forgotten faces' of the bygone era, who were present when India transitioned from pre-independence to post-independence.

Dimple, who has brought forward many sensitive issues to the public as a performance artist, creates various characters in public. "Through this performance, my attempt was to not only introduce images of famous personalities of the area, but I also wanted senior citizens to come forward and share a bit of their past with us," she says. Who'that: Dimple covered her face with a black cloth and dressed as a 19-century man

The talented artist that she is, Dimple wanted an open view point on the situation. To achieve this, she covered her face with a black cloth and dressed as a 19-century common man - wearing a jubba, kurta and holding an umbrella. She must've looked like someone straight out of a black-and-white movie! "This metaphorically represented the forgotten personalities and their contributions to the society," explains Dimple, who chose Basavanagudi for this project as it stands out as one of the oldest areas in Bengaluru.

Through this performance, my attempt was to not only introduce images of famous personalities of the area, but I also wanted senior citizens to come forward and share a bit of their past with us

During the performance, Dimple distributed pictures of lesser-known social reformers. Hosur Narasimhaiah, a freedom fighter who received the Padma Bhushan for his contribution to literature and education and is known for adopting the Gandhian ideology and challenging superstitions was one such reformer. "Have we heard of him? No. Like him, there are many such names who have silently pushed our country towards development," she says.

But why cover her face? Dimple explains that she didn't want her act to be restricted in terms of the personalities. "I didn't want to represent only a single reformer or an idea," she states. Her act also represented one of the first social organisations in Karnataka - Abalashrama, a house that was converted into a shelter for abandoned women, which was established years ahead of Independence and still remains one of the most important homes in the country. 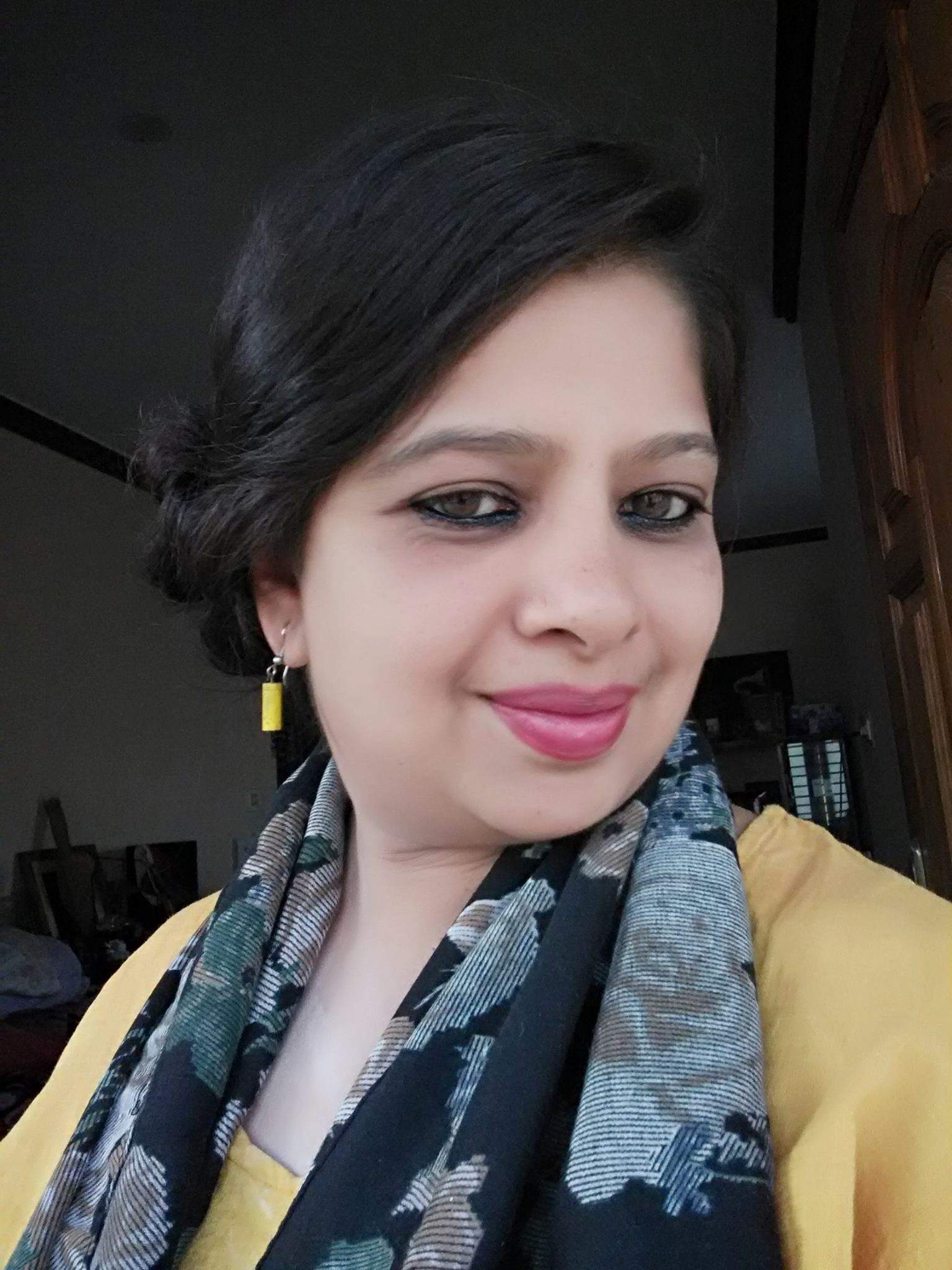 Numbers speak: Dimple B Shah has been performing for over 17 years now

Carrying the act forward, the audience is required to take home the pictures and find out more these forgotten faces. For any artist, satisfaction lies in tacknowledgmentent of the work that they do. Similarly, Dimple draws motivation from the participation of her audience. In her case, it has to be prominent and candid. "We don't have a rehearsal. As performance artists, we face a live audience and that's how we take our act forward. The acts are more communicative in nature and we get our feedback on the road itself," she says.

And when a senior citizen from the audience participated in the act, Dimple was understandably elated. "A 70-year-old man came forward and started narrating Sanskrit slokas about choosing the right kind of leader in the society. That gave me a high. The participation of the audience is the best reward I can ask for as a performance artist," says Dimple. To follow suit, we too believe that it is time for the present generation to take a page out of the past to pave way for a better future.