Nagasimha Rao, a child rights activist from Bengaluru, says that the show-makers have failed to reflect upon the implications it can have on impressionable minds of children

"Is age only a number when it comes to finding true love?"- A description of a Hindi daily soap that is weaved around child marriage seeks to know. It wouldn't have been disturbing only if the soap did not glamourize child marriage!

You all know what we're talking about here. If you hadn't heard of Pahredar Piya Ki (The same show where a child is married off to a much older woman to keep him protected from those plotting schemes),  you are probably living under a rock. The show has now come under severe criticism from child right activists group in Bengaluru.

Nagasimha Rao, a child rights activist from the city, fumed that such unrealistic display of relationship during prime time on TV will only mislead children.

What will children seeing this understand? Would they not understand that infatuation towards
an adult is
normal?

"What will children seeing this understand? Would they not understand that infatuation towards an adult is normal ?" he questioned. "Isn't it misuse of the child as well. In the name of TRP, they have failed to reflect upon the implications it can have," said Rao.

In the past, child right activists have expressed disappointment over Kannada daily soaps such as Putta Gowdri Maduve and Agnisaakshi which showed children being involved in romantic relationships. 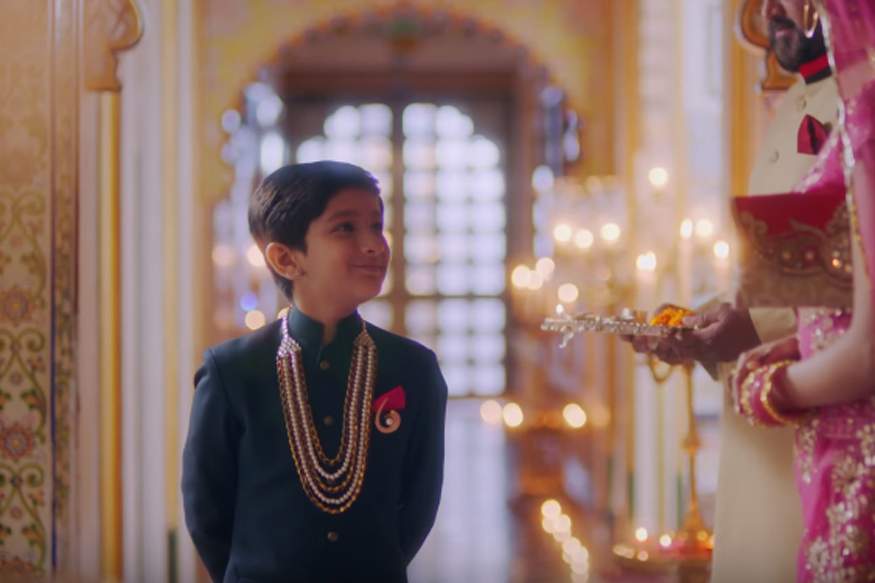 Blinded by love: Afaan Khan who plays the role of Ratan Singh

"We have seen how children react to serials like Shaktimaan. There were so many instances of attempted suicide. Such serials could also have negative implications," he added. He asked the parents to be pro active in educating children about the unrealistic charm given to relationships and sought that sensor board takes action against the same.

Several petitions have been started against the soap online and have received a laudable response. A petition started by Mansi Singh has been over 46,000 supporters. A similar petition started by Sobha Srivatsa reads -"This is obnoxious and perverted and will severely impact impressionable minds of children. As a mother and a responsible citizen, I am aghast and disturbed."