Despite getting admission, bureaucrats in Kerala stopped ST student Binesh Balan from getting funds to study abroad for four years. Here's how he finally made it to Sussex

Kasargod's Binesh Balan is the only one from Kerala to bag the National Overseas Scholarship this year, ending a four year struggle to study at some of the world's top varsities that wanted him there

Last week, 25-year-old Binesh Balan touched down in London to pursue a master's degree in Anthropology at the University of Sussex. This was the fulfilment of a  dream that started many years ago but was shot down time and again by "casteist bureaucrats" in Kerala who didn't believe that "people like him" deserved the funding to go abroad. This is the story of a boy from the Mavilan community (a Scheduled Tribe) who never took no for an answer.

When we reached out to him on phone, he let out a sigh. "In the end, everything fell in place. It is liberating to be here," he says. It was 5.30 pm in London, and he was unwinding in the hostel room after his third day at the university. Sometimes it is tough for him to comprehend that he is actually abroad studying. Balan, from Kolichal village in Kasargod, is in London today, because of the central government's National Overseas Scholarships for Scheduled Tribe students."The scholarship is given to only 20 students and I am the only one from Kerala to get it," he says. 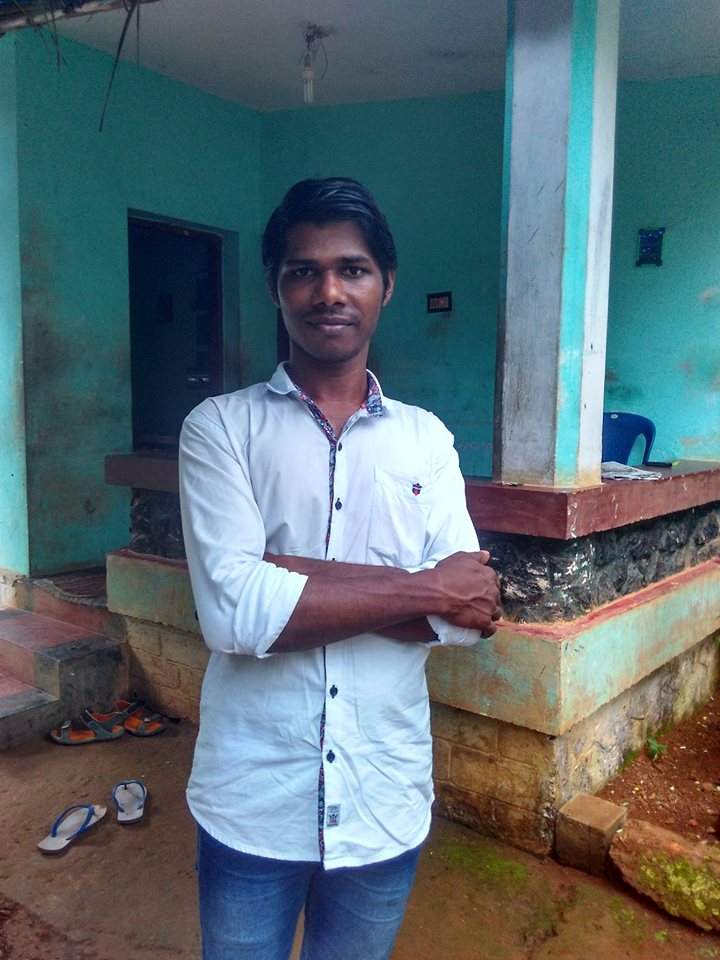 Flight of Destiny: Binesh Balan fought both, casteism and poverty, to reach London

Discrimination on a daily basis

Balan says he had a tough childhood. Rice was a luxury, and jackfruit seed was the staple food at home. "I started working to support myself in class 4 by picking areca-nuts for the landed farmers. I did such labour till my under-graduation," he says. Only when he joined MBA, he had the confidence to take tuition classes to earn money. He says he was discriminated against on a daily basis by his teachers, neighbours and schoolmates.

And that's when something wonderful happened. He saw a PC for the first time. "No one noticed me in my school. But once after class 7, I happened to stumble upon an internet cafe during the vacation and that changed my life," he says. After the vacation in class 8, he was a star because he knew how to work 'computers'. "I used the internet to learn programming and even Michael Jackson's moves," he says. He realised technology is a great leveller. After class 12, when he wanted to pursue computer education in Bangalore, a local politician scuttled his hope of getting funding and he joined St Pius X College in Rajapuram to study for a degree in development economics.

A distant dream of studying abroad

Balan had been trying to go to London since 2014. He first got admission in the University of Sussex in November, 2014, for classes starting in September 2015. He approached the Directorate of Scheduled Tribe Development for financial support. The department provides funding to students from ST communities to pursue education abroad. "I came to know of it when I saw an order of the directorate sanctioning Rs 20 lakh to the son of a PSC member. The family is well-off, but he still got public money to study in France. I knew I was more deserving," says Balan, whose parents were daily wage labourers and had to give up work because of bad health.

Sadly for him, the section officer rejected his application saying he would not get more than Rs 5 lakh. "When I mentioned the PSC member's case as a precedent, the section officer told me they had the influence to pull it off," he recalls. And thus, the file was closed.

I started working to support myself in class 4 by picking areca-nuts for the landed farmers. I did such labour till my under-graduation

Not one to give up, he met the then minister for welfare of Scheduled Tribes, P K Jayalakshmi, with the help of the then MLA V S Sunil Kumar, who is now a minister. "She appreciated me and cleared Rs 27 lakh for my education and other expenses," he says. But the officials refused to accept it and sought clearance from the cabinet.

As the classes were to start in September, he wrote to the university seeking more time tie up the funds, and got an extension till January 2016. On October 15, 2015, Oommen Chandy's cabinet took up his application as a special case and cleared the minister's order for Rs 27 lakh. "But the higher officials know how to stonewall even cabinet decisions and I did not get the money," he says.

More than the denial of fund, it was sniggering and casteist remarks of the officials that hurt him. "I had come up the hard way. I met all their conditions for the funding. Yet, they cannot help smirking at me because I was an Adivasi," he says. Shades of Grey: Binesh Balan could have gotten depressed at the number of times his grant was denied

He lodged his complaint with the Kerala State Commission for Scheduled Castes and Scheduled Tribes. "But when I went to the department to inquire about the status of my file, the under secretary was derisive. He wanted to know why I approached the commission," he says. The under secretary reportedly told him he knew how to reply to a notice from the commission. Later, the officer called the section officer to his chamber and "the two officials together harassed and humiliated me". By then the LDF replaced the UDF in Kerala, but the attitude of the officials had not changed, he says. He missed out again.

After denying him the opportunity, the officials reportedly told him: "Now that you cannot go to London, why don't you try in some local universities?" Most people would have been shattered at this point. But not Balan. The resolute young man went home and applied again, and got admission for the next academic year in the same university.

Then he applied for the central government's National Overseas Scholarship. "I attended the interview in Delhi on February 12, 2016 and the result came in the same month. I was among the 20 persons selected," he says. This time in 2016, he applied to the coveted London School of Economics. He had only 55% in bachelor's degree against the requisite 70% mark. "But I had published a paper in Asian Journal of Multidisciplinary Studies, and had a few more unpublished works in my kitty," he says.

That could have made the difference as he secured an admission to LSE in 2017. But he had to change his home university to Sussex as his overseas scholarship of Rs 47 lakh per year was not enough to cover his expenses.

By then the media had taken up his cause and Minister for Scheduled Tribes A K Balan immediately cleared Rs 1.5 lakh for his IELTS training at British Council in Chennai and for his air tickets to London in 2016. With all the obstacles that had come his way, Balan was somehow not expecting to make it abroad. Sure enough, his visa was stuck, "I could not use the money for the air ticket because my visa was cancelled again," he says.

Wired for more: The young man is looking to make it to Harvard next. Beat that!

Here's the thing about luck. It doesn't always head south. This year too Balan was not expecting his visa to be cleared, but it came on July 21, a Friday, and he had to join classes on July 31. "A well-wisher in Wayanad booked me an air ticket to Delhi. The officials in the Ministry of External Affairs were very supportive and cleared my papers in four days," he says. The same well-wisher, who Balan has never met and calls 'Ammachi', booked him the air ticket to London too.

Now, Balan says, he will return to India only after getting a PhD from Harvard or Oxford or from any of the top universities of the world. "I do not want their money. I will come back and hope to make a difference," he says resolutely.