At a time when sustainable, organic and green are terms thrown around liberally, Lakshmi Menon is coming up with killer ways to curb environmental waste caused by using refill pens

We hear a lot of rhetoric about 'returning to old ways' on what seems like an everyday basis. Self-righteous idealists tell us to shun smartphones because they believe the internet and television have come between individuals and taken the warmth out of human relationships. You respond with a smirk or go all George Carlin on them, depending on your mood.

So, when the Kerala government exhorts us to go back to ink pens — those relics that people used to write with before gel pens and ballpoints became a thing — through a campaign titled 'Pen Drive', you wonder what new logic they're subscribing to. 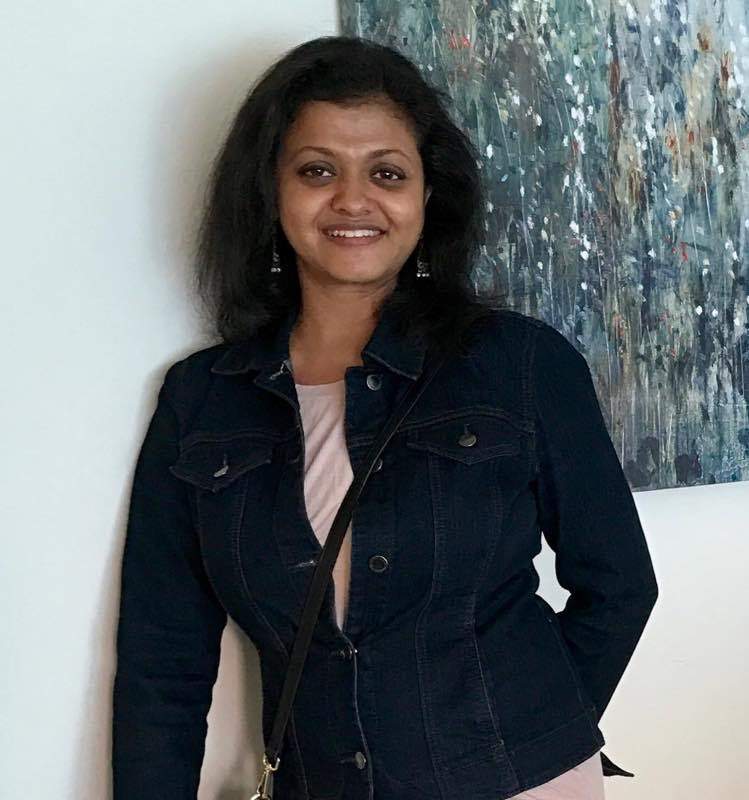 The pen is greener than the sword

Then you talk to Lakshmi Menon, the chief architect of the campaign, and get a whole other perspective. "Use and throw plastic pens are so popular that everyone from school students to office goers uses it. Consider this. If every school going kid in the state, and there about 40 lakh of them, uses two ball point pens a month, at the end of it almost 80 lakh plastic pens are thrown into the garbage heap."

She estimates that close to 36 crore ball point pens are discarded every year, which could pose a formidable 'plastic' threat to the environment. At prices lower than the cheapest chocolate, nobody bothers to change refills on a ball point pen as was the case at least two decades ago. "This is exactly why we're promoting ink pens. You don't throw it away after the ink dries up," says Menon. 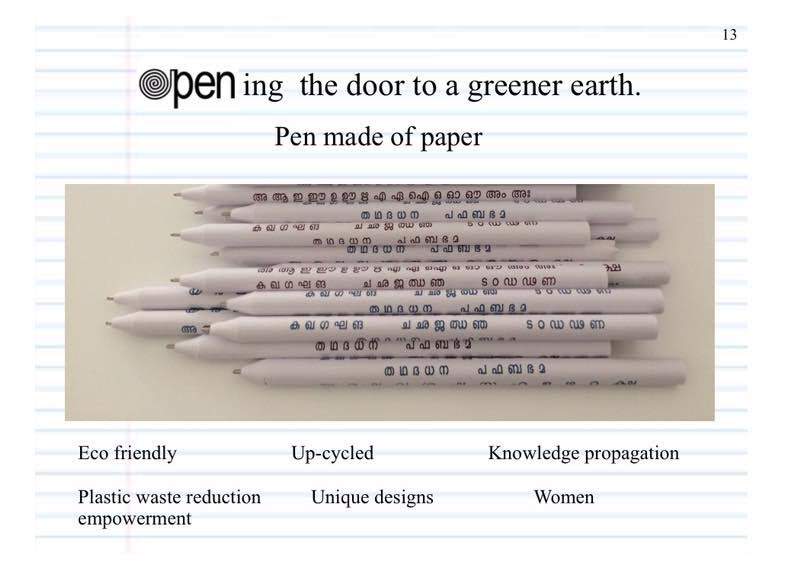 After Haritha Keralam Mission, an initiative to encourage green living off  the Kerala government, took it upon itself to promote ink pens. Universities, schools, and people, who found the idea appealing, followed suit. It was noticed by the Madhya Pradesh government as well, who, then launched a similar programme of their own.

Uprooted from the US for our trees' sake

What drives a designer, who was based in San Francisco and has showcased her work at the New York fashion Week to quit, move to Kerala and work for environmental issues?

Contrary to popular belief, she says her background in designing has helped when it comes taking up environmental issues. "As a designer, you know different materials and their properties. That knowledge goes a long way when you are talking about the environment and its present state," she says cheerfully.

I have always wanted to do my bit for the society. Environment degradation was something where I found I can chip in with my expertise

Thanks to her background in fashion, jewellery-making and interior design, Lakshmi Menon found a collateral possibility in 'Pen Drive' — to create a work of art. As part of the drive, the campaigners had collected close to 7.5 lakh ball point pens from schools and Menon toyed with the idea of turning it into an art installation. Riyas Komu, the co-director of Kochi Biennale Foundation (KBF), was excited about it and offered help in setting it up. "The installation would soon come up near the Biennale venue in Fort Kochi. It is being set up with an anti-plastic message," she said.

Every idea started from a seed

This is not the first time that Lakshmi Menon has used pens to make a point about environment protection. Last year, she launched Seed Pen, an innovative programme which drew attention to the possibilities of paper recycling, increasing plastic waste and tree plantation. "These pens, - which we called  'pen with love' - had their outer body made of paper and more importantly, it had the seed of an Agasthya tree at its bottom tip. So once its use is over, you could plant it in soil."

The choice of the Agasthya seed was not by accident. "The plant has medicinal properties and is the most sought after by Ayurveda medicine manufacturers. It was a common plant found in our neighbourhood in my childhood, but now, I have to source it from Pollachi," she explains.

The Seed Pen was so popular that even tech giant Google took notice and asked Menon to make pens for their offices in three countries. The company lauded the effort for its 'innovation, novelty and eco-friendliness' "It was a great honour to be approached by a globally renowned company like Google. Unfortunately, we were unable to supply them seed pens due to complex trade and customs laws which were too cumbersome to deal with," she laments. However, impressed by the craftsmanship of Menon's work, many foreigners have taken the pens back to their countries without the seeds. A few companies, notably IT major Wipro, uses seed pens in all their branches.

These environment-friendly pens are hand-made by a group of eight women at a unit in Kanjiramattom in Ernakulam. Two paraplegics, who work from their homes, also contribute to the unit. They make close to one thousand pens a day.