Activists of SFI (Students' Federation of India) staged a protest outside the regional office of CBSE, to stand up for the students who faced issues relating to the strict dress code before NEET exam 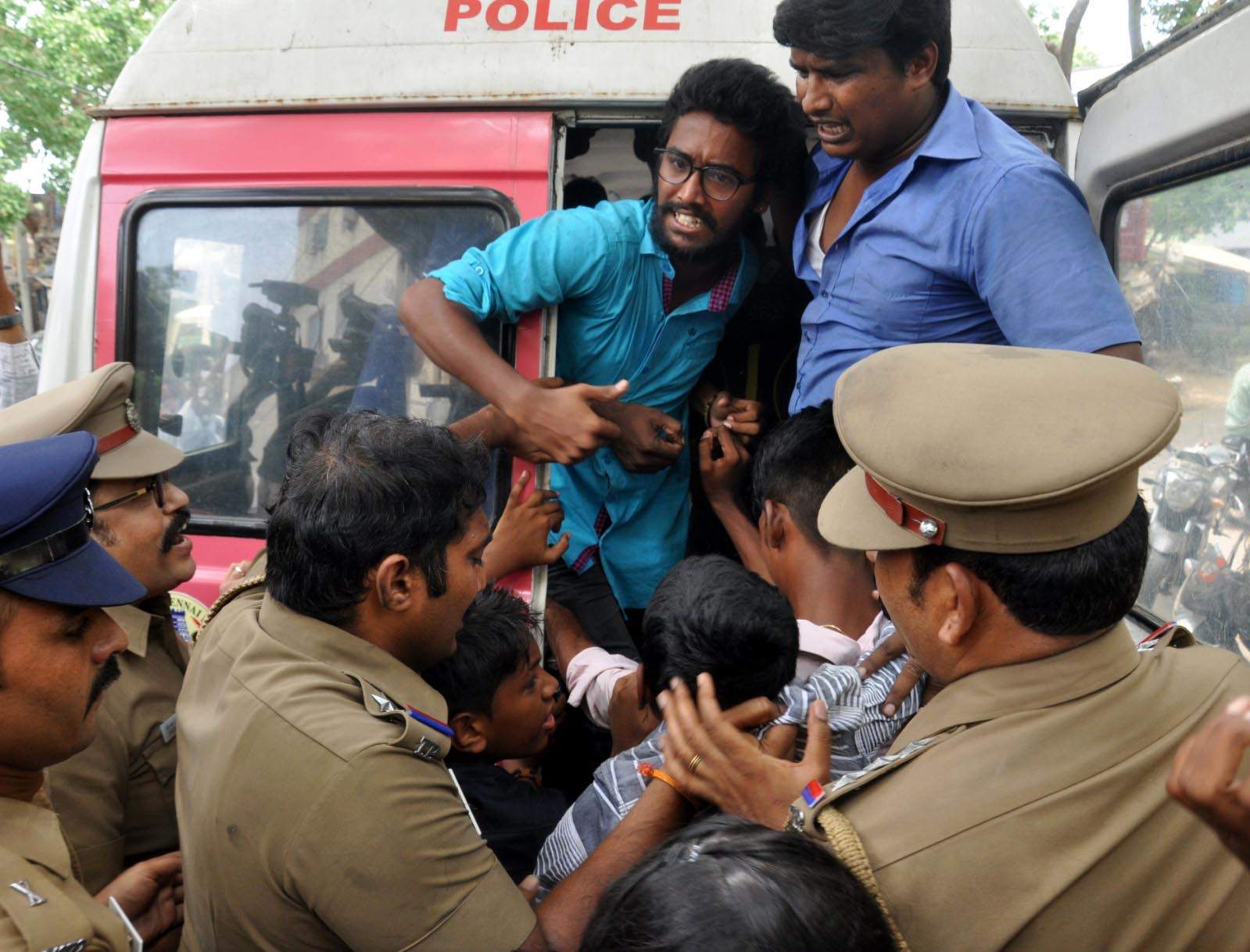 The protesters also tried to hurl black ink at the CBSE office, police said. In a shocking incident, a girl in Kerala appearing for NEET was allegedly asked to remove her top innerwear, prompting widespread criticism. In Tamil Nadu, boys who had come in full-sleeve shirts had to trim it by using scissors, while girls had to remove hair pins and bands besides earrings and nose-pin as these accessories were not allowed.