After the incident of a female student being asked to remove her  innerwear before attending the NEET examination, the state's human rights commission has asked for an explanation

The State Human Right Commission (SHRC) of Kerala has taken a case with regard to the incident where a girl was asked to remove her innerwear before attending the NEET examination held at a centre in Kannur. The parents of the girl had said the invigilators took exception to a metal component in the student's innerwear and asked her to remove it citing the NEET dress code disallowing the same.

Pointing out that the behaviour of the invigilators is a violation of the rights of the student as a human being, the SHRC sought a report from the regional director of CBSE. Apart from suggesting further investigation into the matter, the SHRC had also written to the National Human Rights Commission seeking their intervention in the matter.

The affected candidate said on Sunday that she was forced by examination centre officials to remove her top inner wear after metal detector made a beep sound. “When I reached the examination centre, they first asked me to change my pants because I was wearing dark one. After travelling three kilometres, we find a shop and bought another one. However, the ordeal couldn’t end there. When I again entered, the metal detector made beep sound because of the metal buckle of the top inner wear. Officials then asked me to change the inner wear, which is nowhere mentioned in NEET instructions,” she had said. 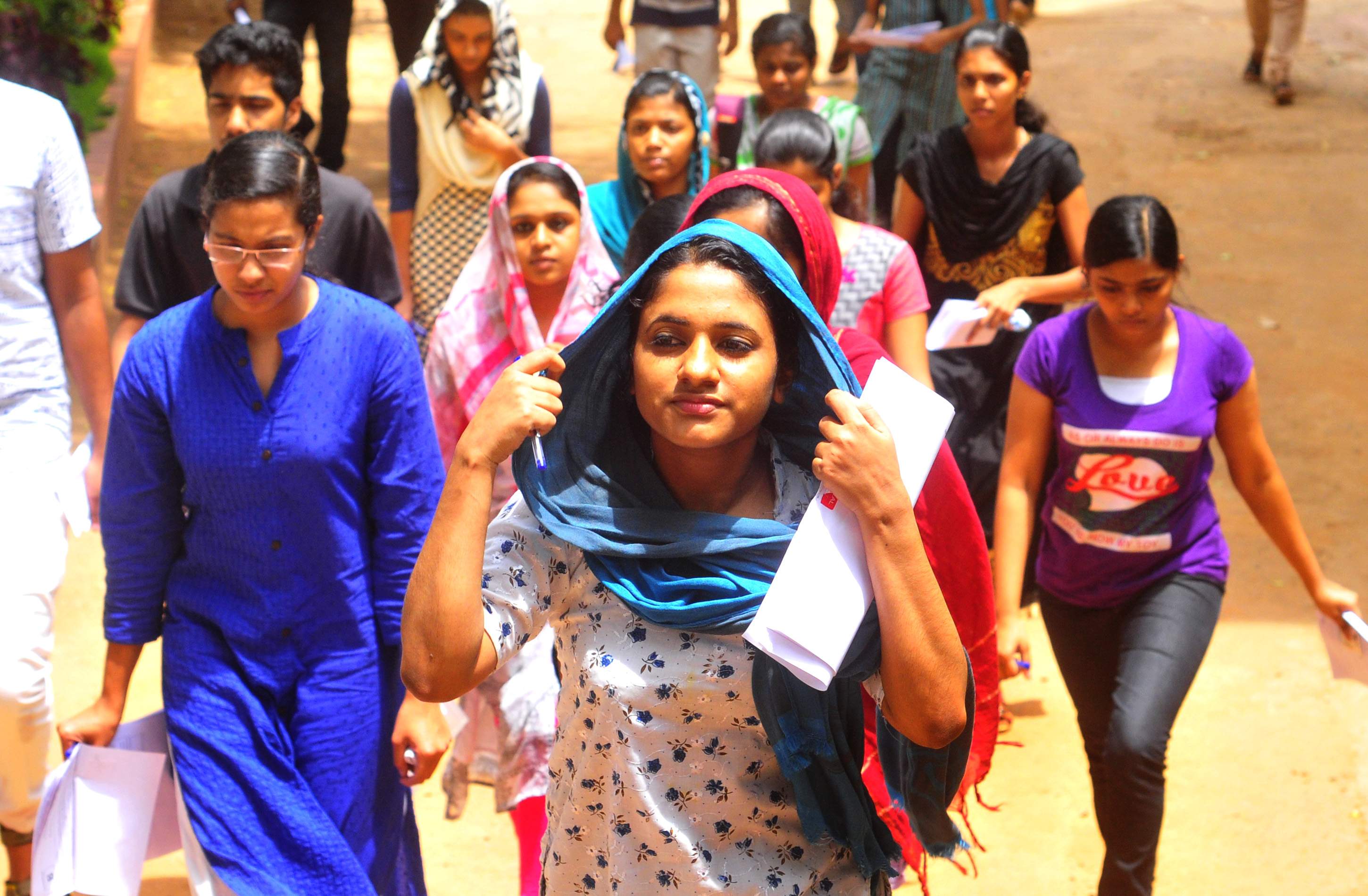 No privacy: Female candidates were asked to remove their inner wear because of a metal component

On Monday, more parents had come out with similar allegations. Rajesh N, father of a candidate appeared for the NEET test in the same school alleged that officials forced her daughter to remove metal button on her pants. “Several candidates had faced unprecedented ordeal in the examination centre. Some candidates were asked to lift their dress for security checks. Others had to remove their inner wear. I witnessed a couple of children returning from the entry point and handing over top inner wear to their mothers. My daughter had to remove a button from her pants. She later entered the examination hall after wearing a safety pin instead of the button to make pants tight,” he said.

Many including the Chief Minister, politicians and CBSE school organisations have come out against the action of the invigilators. Chief Minister Pinarayi Vijayan had noted in a Facebook post said such restrictions at examination halls would demoralise the students who are taking an important exam of their lives. He also termed the action of the invigilators 'uncivilised'. Kerala CBSE School Managements Association has also demanded the Board to initiate a probe into the matter and ensure that incident like this don't repeat in the future.

When I reached the examination centre, they first asked me to change my pants because I was wearing dark one. After travelling three kilometres, we find a shop and bought another one. However, the ordeal couldn’t end there. When I again entered, the metal detector made beep sound because of the metal buckle of the top inner wear, which was not mentioned in the instructions

Meanwhile, TISK English Medium School at Kunhimangalam near Payyanur where the controversial incident happened controversy has denied the charges. School Principal Jamaludheen K said they had acted on the instructions given by CBSE. “24 of our staff were deputed as exam invigilators. Some of the candidates came wearing full sleeves. We asked those candidates to cut their sleeves as it was not allowed as per the instructions. However, the allegations that candidate was forced to remove her inner wear is completely false. No such incident had taken place in the examination centre. All the woman candidates were allowed into the examination hall in the presence of women police personnel. We came to know about the allegation from media,” he added.