The concept of awarding deprivation points for students from backward areas was devised by the students union under Prakash Karat in 1974. JNU was the sole institute to have this system

Almost half a century since it was introduced, by Prakash Karat no less, JNU's unique "deprivation points model" stands to be completely abolished after the Delhi High Court directed the university to strictly follow UGC regulations. In addition to the slashing of research seats because they simply don't have enough research guides, removing deprivation points will mean that students from 'disadvantaged' regions won't get a few extra marks to compensate for factors like language, presentation et al. 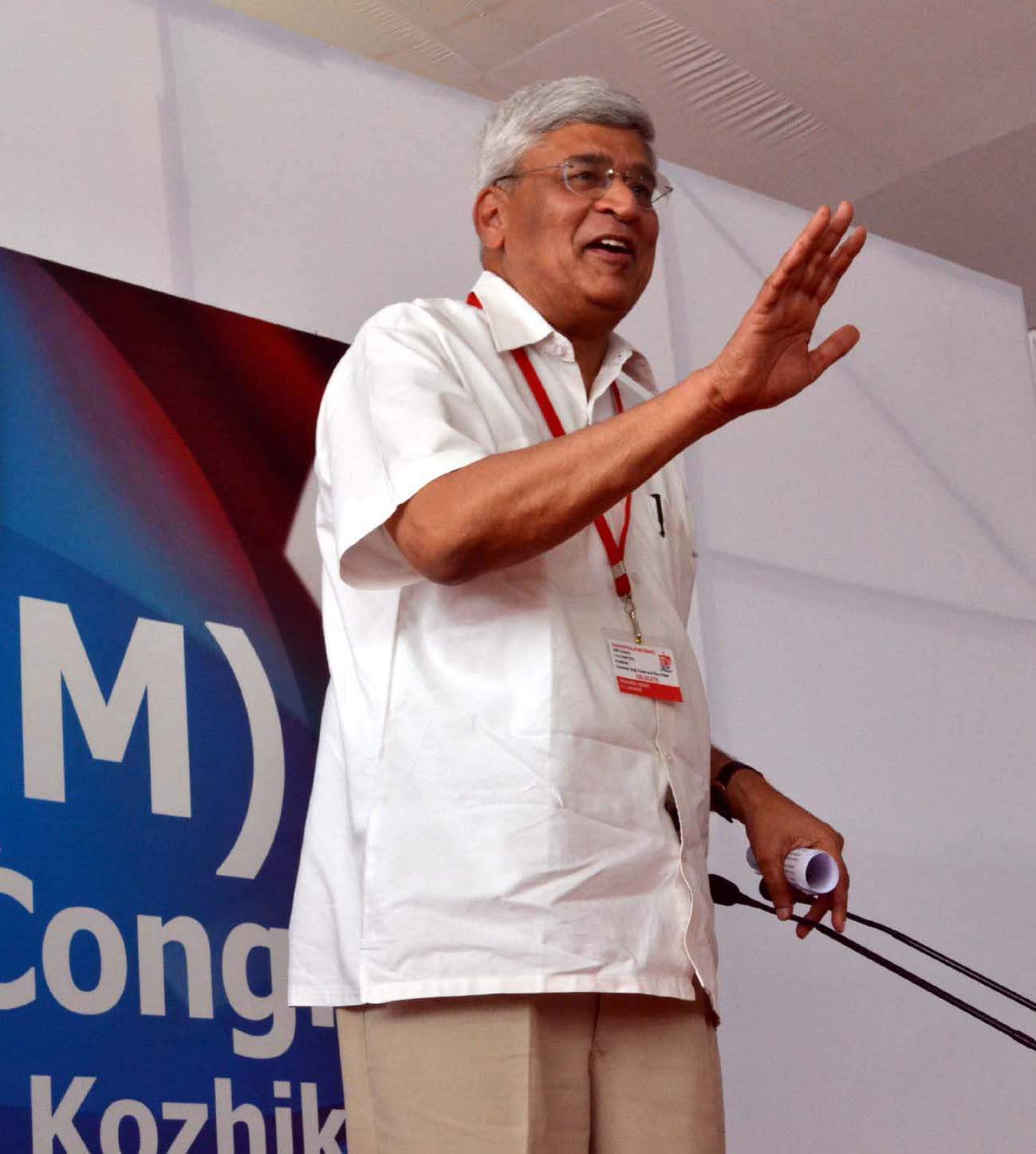 JNU is one of the few universities in the country to have a vibrant and wide diversity of people across different regions, gender, caste, creed and religion and has always taken its reservation policy very seriously. It is also the only university where the research students outnumber the post graduate and graduate students. "This is the only place that is open to students from different sections of society and also women to take up research. We have been given the tag of the best university in India but that is because of how diverse we are," Amal PP, Vice President of JNUSU.

Given how prone to dissent students at the government-run university are, they're not giving up on the battle and are certain of winning the war against what they term 'open discrimination' — promising a complete shutdown from today.

What are deprivation points?
Introduced in 1974 by the student body led by a then young Prakash Karat, before he became the CPI(M) heavyweight that he did become, these "deprivation points" are given to those students hailing from backward regions of the country

The University's Centre for for the Study of Law and Governance does an annual research report on the backward districts in the country and depending on those reports, JNU aspirants from these districts are given a few extra points on their exam besides the marks they score

In 1995, five extra points were given to women hailing from these districts as well, encouraging more women to take up further studies. 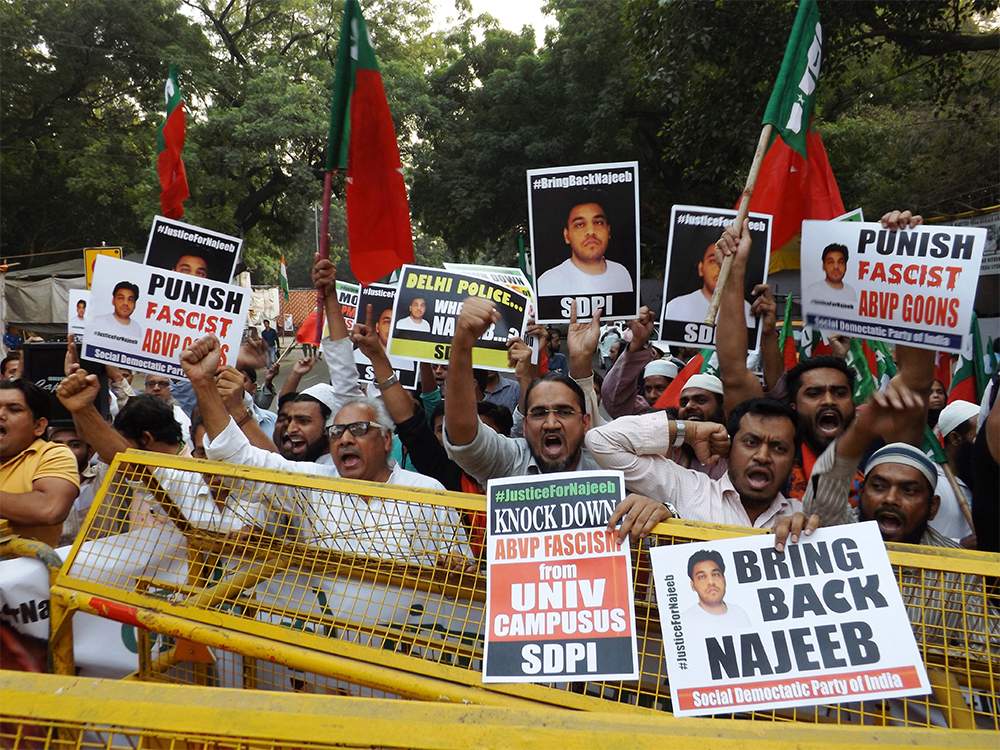 Listen up: Protests will step up and other forums will join in

How are the marks allocated?
- These regions are selected by the Centre for Law and Governance and divided into two sections- quartile 1 and 2
- Quartile 1 includes extremely backward areas and 2 includes slightly advanced districts
- These areas are categorised on the following factors - percent of female illiteracy, percent of agricultural workers, percent of rural population and percentage of households having no latrine facilities
- Besides these categories women and transgenders were also given an additional five points.

JNU is the only university in all of India to have this system in place. We have always been a very student oriented university who have always participated in the working of the university. Even the 27 percent reservation for OBC's is what we introduced. The highest deciding authority in our university is the academic council and they have always taken our side. Now the UGC is trying to impose their rules on us, this way women and those belonging to the backward and underprivileged classes are not going to get a fair chance to be part of this university

Open discrimination on basis of caste will take place

When the new 'admission protocol' comes into force, there will be a lot of room for discrimination — something the Students' Union has fought for decades. "Since the admission will henceforth depend 100 percent on the viva, those conducting the test will be allowed the opportunity to fully discriminate against the students. This new system will blatantly allow discrimination against women, transgenders and those belonging to the SC/ST categories, and all the backward classes. This system will only benefit those applying from elite universities and colleges, only they will be able to crack these exams and education will continue to be denied to those who are deprived by society," said Thallapelli Praveen, a core committee member of BAPSA, an Ambedkarite student organisation.We will continue to agitate against this move, students say. "From Thursday we'll have a complete university shut down till these UGC regulations are revoked," Praveen said.

The Delhi High Court's decision will also bring down the number of seats for M.Phil and PhD students from 1025 to 102 seats, a whopping 83 percent seat cut. The UGC's notification in May 2016, stated that professors depending on their position will only be allowed to have a limited number of students. Therefore, professors who already have their limit of students won't be able to take any new ones which essentially means that centres like history and political science, physical science, computational and integrative sciences, biotechnology, law and governance and Sanskrit, only three centres of school of international studies offer seats now.

"The administration is saying that they'll include more professors will be hired and so more students will be given the chance to join in the coming years. But how is it fair? How can the university decline admissions to such a large number of students suddenly like this," asked Arunkumar C, an M.Phil student at JNU.

Till last year professors were allowed to take in as many students as they wanted. Not a single faculty member has complained about have too many students under them. So how can the UGC just impose this regulation on us?

So what's the new system like?
The UGC's model of entrance exam is divided into three - a preliminary exam, a written exam where 50 percent is mandatory and those selected will have to go in for viva exam. The viva exam is marked on 100 percent.