Education system makes all of us 'pass out' literally: Chinmayi Sripada

Singer Chinmayi along with G Dhananjayan, Swarnamalaya Ganesh and Sharan Apparao spoke about what the institutions in our country need to do to produce more creative professionals

Popular playback singer, Chinmayi Sripada said,"Education system makes all of us 'pass out' literally." She pointed out that in India we refer to graduating as passing out, something you don't see in other countries. Something as simple as loosening the rigid structure of our academic institutes can go a long way in promoting creativity in students.

The question, 'What do institutions need to do to make our students more creative' was best answered by Sharan Apparao, well-known art curator. According to her, a restrictive environment doesn't allow students the freedom to exhibit their talent. She remarked that to promote creativity among students, the institutions need to be different in their approach. "They must be flexible, dynamic and allow the students to be who they are," she opined. Sharan advocated that institutions must not judge the students and added,"There must be patronage of creative talents as well as providing a platform for the same." 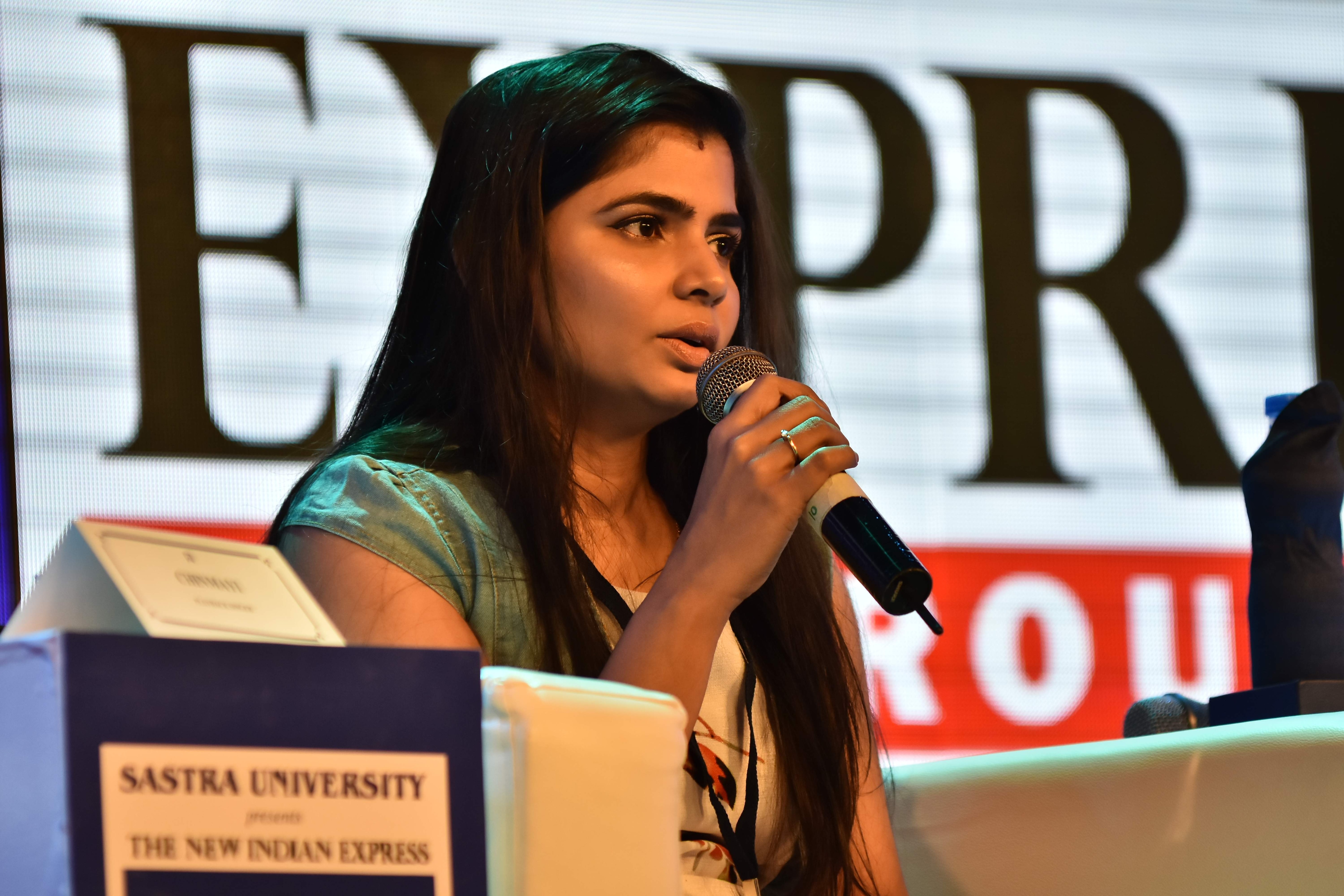 Didn't 'pass out':
Chinmayi talking about how not having a formal education shaped her life | Ashwin Prasath

Chairing the session, dancer and actor Swarnamalaya Ganesh stated the younger generation are more than just a human resource or workforce, instead, they are to be seen as an 'individual identity'. She advocated for the serious engagement of subjects like history and literature in
the learning process, something which at present is considered as just an extra-curricular aspect.  Stating that even the purest form of arts is governed by a system of knowledge, she said, "The search for knowledge even in sciences can look at non-formal methods and practical forms." She also said the concept of 'Gurukulams' must be looked at seriously, wherein the structure is less formal and educators becoming more of a mentor to students. Instead of looking at it from exam and textbook point of view, teaching must be done based on how useful it is going to be for the student

The role of educators was also deliberated by another speaker G Dhananjayan, Founder of BOFTA film institute who stated that it matters 'whom the students are learning from.' He opined that students are better served if they are taught by masters. "Instead of looking at it from exam and textbook point of view, teaching must be done based on how useful it is going to be for the student," he said. Well-known singer Chinmayi also shared her personal experience and said students must be allowed to take subjects they are interested in. In a lighter vein, she quipped that we must examine our educational system when students are referred to as 'passing out' from schools and colleges instead of using the term 'graduating'.