Eminent scientist Tessy Thomas called upon the youth to take up initiatives like start-ups to help the government fight challenges in sectors like health, environment and education. Thomas - known as the 'Missile Woman of India' - was speaking at the Convocation 2017 of the Birla Institute of Technology and Science in Palani, Rajasthan.

"The quality of Indian graduates coming out from such institutes would also have a significant impact on the global economy as many of the students join the MNCs and global corporates. It is worth reminding ourselves of this goal as India today is faced with challenges in the domains of health, sanitation, housing, environment and education and cannot be resolved by the government alone," she said.

BITS, Pilani Vice-Chancellor Souvik Bhattacharya said a total of 3,542 students, including UG and PG, graduated in the year 2016-17 while 112 students graduated with a PhD

"To overcome these, it is important that graduating students such as you take the initiative – through start-ups or towards building a public-private partnership – a bridge between citizens and the government, between sections of society and the nation as a whole," she said. The project director for Agni-IV Missile in Defence Research and Development Organisation (DRDO) stressed that the role of education was not only to cultivate the intellect but also to ignite their imagination and create academic excellence and also emerge as scholars who can transfer values and information to the society. 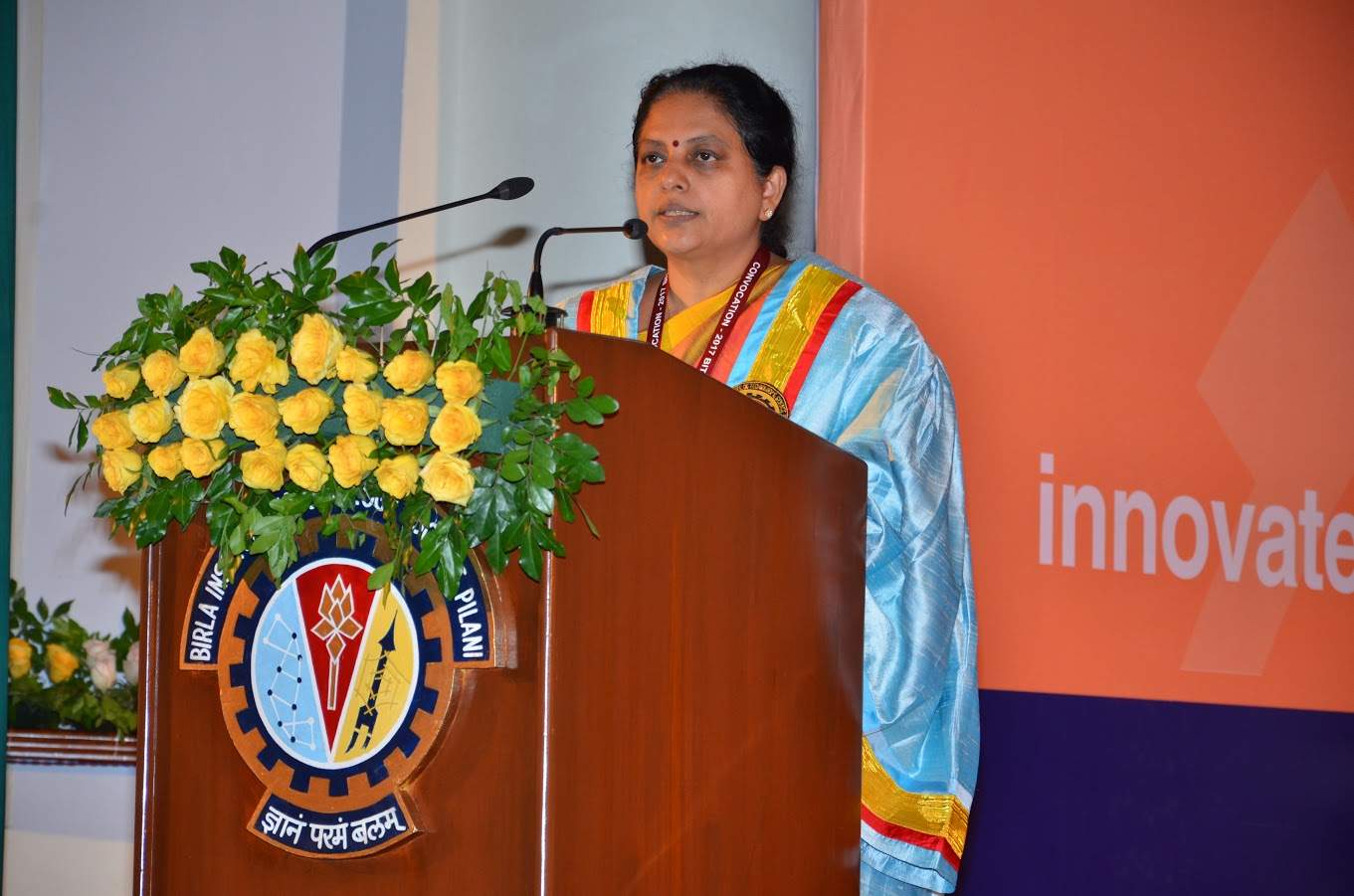 "You should strive towards fostering a culture of excellence. Excellence is not an accident but a habit - where you set your own performance standards like working with a focus for completing tasks ahead of time," Thomas said. "The world you are entering as a graduate today has changed, and would continue to change, at an incredibly rapid pace. The 21st century landscape is very much a global world, driven by a knowledge economy," she said.

Santanu Chaudhary, director of CSIR-CEERI, Pilani was the guest of honour at the annual event

However, she said, the core objectives of education in the coming years should encompass four essential components – building values, awareness, knowledge and skills. Ideally, these should foster the development of personal qualities and behavioural attributes, which will help children develop into good citizens. She further focused on how technology has changed the educational landscape, from the use of tablets in the classroom to the proliferation of open universities, and the pressure to prepare students for an increasingly competitive workplace in a hyper-connected world.