English, a language of dreams? Telangana sees a massive demand for English language from all sections of the society

Educationists, however, feel that the government should not confuse English language education with the English medium of instruction in schools

Nearly two decades ago Satpal, an illiterate farmer, came to Hyderabad from Ara, in Bihar in search of a job and to educate his progeny. His teenage son has decided to drop out of school after two failed attempts to pass class 9 and is currently a mechanic at a garage in Koti. Satpal, however, hasn’t lost hope and got his younger son admitted in one of the government schools where the medium of instruction is English.

A salesman at a retail outlet, Satpal is convinced that English as the medium of instruction will emancipate his family. “If my younger son studies English his future will be more secure. There are far more jobs for people with command over the language. I was firm that he has to learn English in school," he said.

“A lot of parents are getting attracted to send their children to schools only because the feel they will learn English here. In fact, even at Anganwadi centres, we have had parents telling us to teach their children English,” she says. The teacher adds that while English is taught, the de facto  medium of instruction continues to be the child’s mother tongue.

According to the National University of Education Planning and Administration (NUEPA), as many as 2 crore students were studying in English medium schools in the country in 2011. This figure has risen by a whopping 247 per cent between 2003 and 20011. 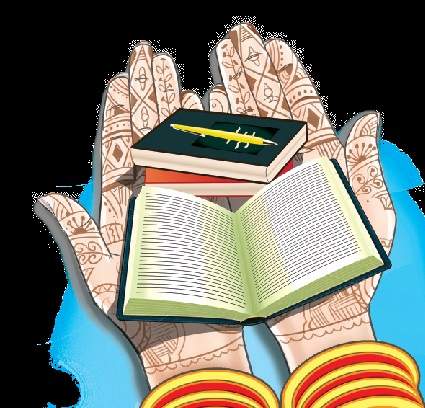 Earlier this year the Uttarakhand government too made news by making its intention of converting over 18,000 government schools into English-medium schools from Hindi-medium ones in a phased manner, from 2018 onwards.

Even as more and more parents and even state governments are forsaking educating their children in their mother tongue in favour of English, and in hope of better future prospects, there are few like Prof G Haragopal who call the promotion of English by governments nothing but propaganda.

Chukka Ramaiah agrees that as a teacher he finds it easier to communicate and make students understand concepts in Telugu. “But we have to understand that this is not an educational problem but a social one. It involves the aspiration of the poor people and they shouldn't be denied it. Seeing people in better positions because they know English, makes them think that their fate too will turn,” he opines.