With this new sensor developed by IIT Hyderabad researchers, a heart problem can now be detected within 3 minutes

It was formulated as a result of the joint efforts of a multimember research team led by Prof Renu John, Head, Department of Biomedical Engineering, IIT Hyderabad

If you experience a piercing, debilitating pain in your chest area and you go to the hospital looking for answers, the doctor will most probably direct you to the lab where using assay kits, the lab assistant will take a drop of your blood for testing. But waiting for the results – which may take 3 hours or more - may mean the difference between life and death. This may soon be a thing of the past owing to a sensor developed by researchers from IIT Hyderabad, IIT Kanpur and other institutions.

“The major issue with the conventional assays for the detection of biomarkers like cardiac troponins or cTns (proteins that are released in the blood in response to certain physiological conditions like chest pain) relates to poor sensitivity and limit of detection. Improvements in detecting biosensors such as cTns in the blood require improvements in the design of the biosensor. Keeping in line with this theory, we have developed a new sensory device that can detect heart ailments, especially heart attacks, within three minutes,” says Prof Renu John, Head, Department of Biomedical Engineering, IIT Hyderabad, who led the project. 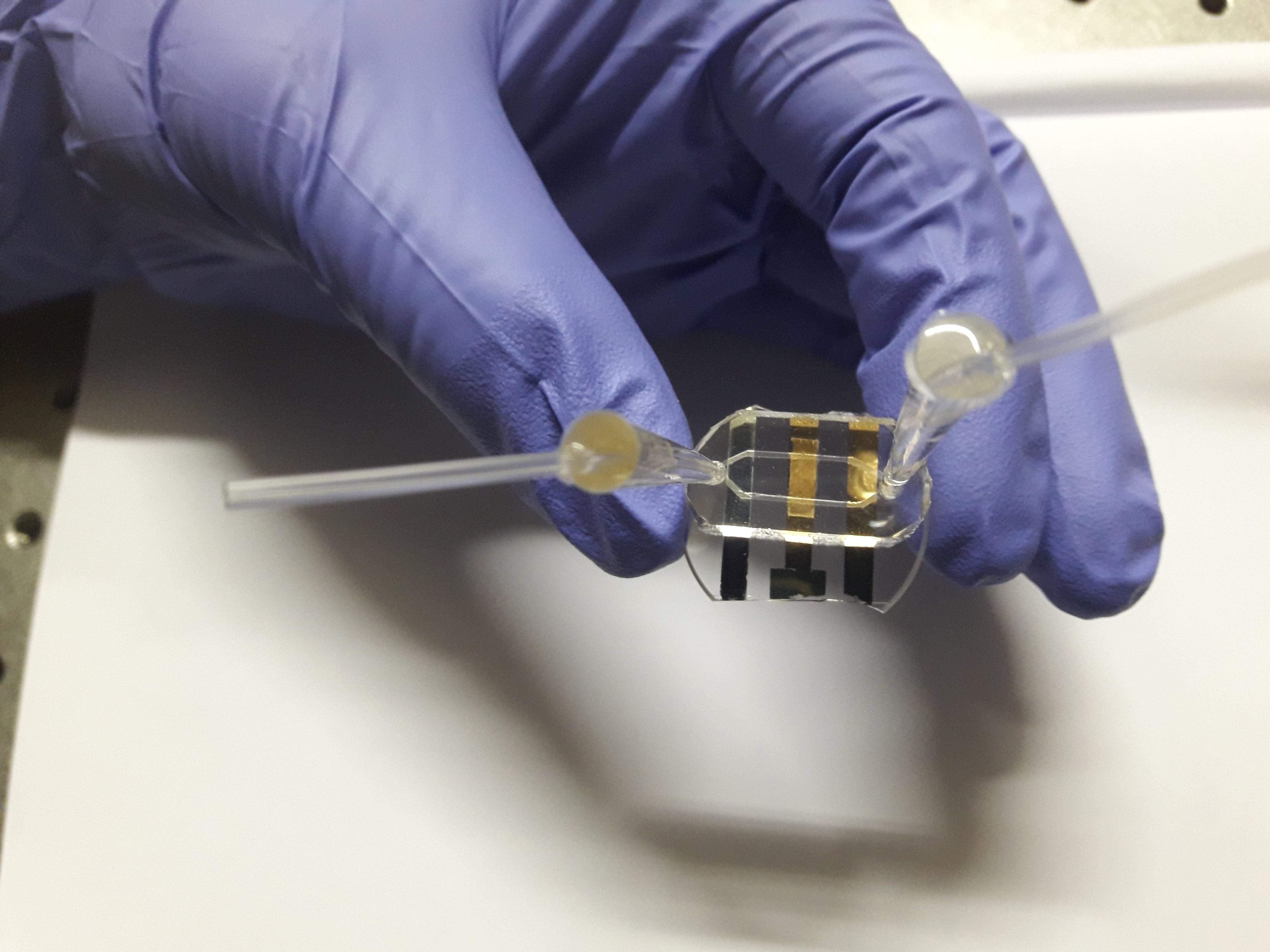 Dual efficiency: Fast detection and high sensitivity are unique features of the device

Nanosized materials – materials that are a hundred thousand times smaller than the thickness of a single human hair – are often used in microfluidics-based biosensors as the transducer to convert the biochemical reaction into an optical or electrical signal.

Prof Renu John’s team and collaborators from IIT Kanpur, Zoological Survey of India, Iowa State University and Delhi Technological University, used hollow nickel vanadate nanospheres, modified with chitosan and loaded with antibodies of cTns in a microfluidic setup. When blood containing the CVD biomarker cTns was passed through the biofluidic setup loaded with the biosensing nanospheres, cTns binds with the antibody and induces an electrical signal in the nanosphere, which is then detected.

The professor also explained the tedious journey it took them to reach this breakthrough point, “It took almost nine years of research in the field of microfluidic lab-on-a-chip biosensors and a lot of trial and error to come up with this improved sensory device. An app developed by another team at IIT Hyderabad actually aided our study.” Apart from fast detection, the device is also unique because it can detect biomarkers with a high level of sensitivity and accuracy. “We found that cTns levels as low as 0.000000000005 grams in one milliliter of blood could be detected, which makes this technique a very useful tool for detection of not only heart attacks but all kinds of cardiovascular maladies,” explains Prof Renu.