To keep slum kids away from addiction, this 25-year-old Hyderabadi teaches them Kuchipudi

Sai Venkata Gangadhar started classes for slum kids a long time ago and the addiction problem these children fall into is what he wants to counter by using art as a tool. Are you ready for his story?

Every weekend, in the morning hours, a few boisterous boys from Mastan Nagar basti in Jubilee Hills, Hyderabad, gather for their weekly dance class. Sai Venkata Gangadhar walks in and a hush falls upon the class, which is a makeshift designated area in the slum. And then, the Kuchipudi session begins. If the dance form comes as a surprise to you, then that's exactly what Gangadhar wants to dispel, being a male classical dancer himself. But would you rather the young boys indulge in substance abuse, which is a huge and growing menace in their slum, than learn a beautiful artform like Kuchipudi? I didn't think so.

It was TV anchor Jhansi who founded Women in Networking (WIN)

In many ways, the 25-year-old is returning the favour. You see, when Gangadhar was a child whose family had just migrated from Rajahmundry, his father worked as a driver and his mother as a house help and it was dance that made everything okay for him. Member of Women in Networking (an organisation where businesswoman can help the needy), Anitha Reddy, Principal of Kasturba Gandhi Degree & PG College for Women, had arranged for Kuchipudi exponent Sandhya Raju to take classes in the basti. A three-month vigorous workshop commenced and by the end of it, Gangadhar and Lakshmi V stuck it out. After eight years of training, the youngster went through the rite of passage that is rangapravesam (this marks the journey of a student turning into a dancer). He quickly became Assistant Teacher at Sandhya Raju's Nishrinkala Dance Academy in 2015 and started drawing a salary too. "We never thought about job or career while dancing, we just continued because we had blind faith in our guru," says an endearing Gangadhar.

READ ALSO: After running a dance institute for the last six years, this 22-year-old is on a quest to make Kuchipudi more relatable A slew of dance performances followed though the artiste aspired for a government job in between. Being the elder son in a family with financial constraints comes with its own unavoidable responsibilities. "My thoughts would keep drifting back to dance and choreography. The day came when I had to inform my parents that dance is my calling. My father questioned my choice, but not for long," says Gangadhar with a smile. In a bid to make his theory stronger, he is now pursuing his Master's in Kuchipudi at the University of Hyderabad.

But the duo's saga of teaching slum kids started way before Gangadhar's rangapravesam. "We would use biscuits to attract children initially, just like we were given nutritional food back then, and in this way, we now have a batch of 40 girls out of which three are still with us. We decided to include boys when we realised that they were falling into bad habits like substance abuse. The aim was not to make them dancers alone, it was to keep them away from addiction," says the dancer. 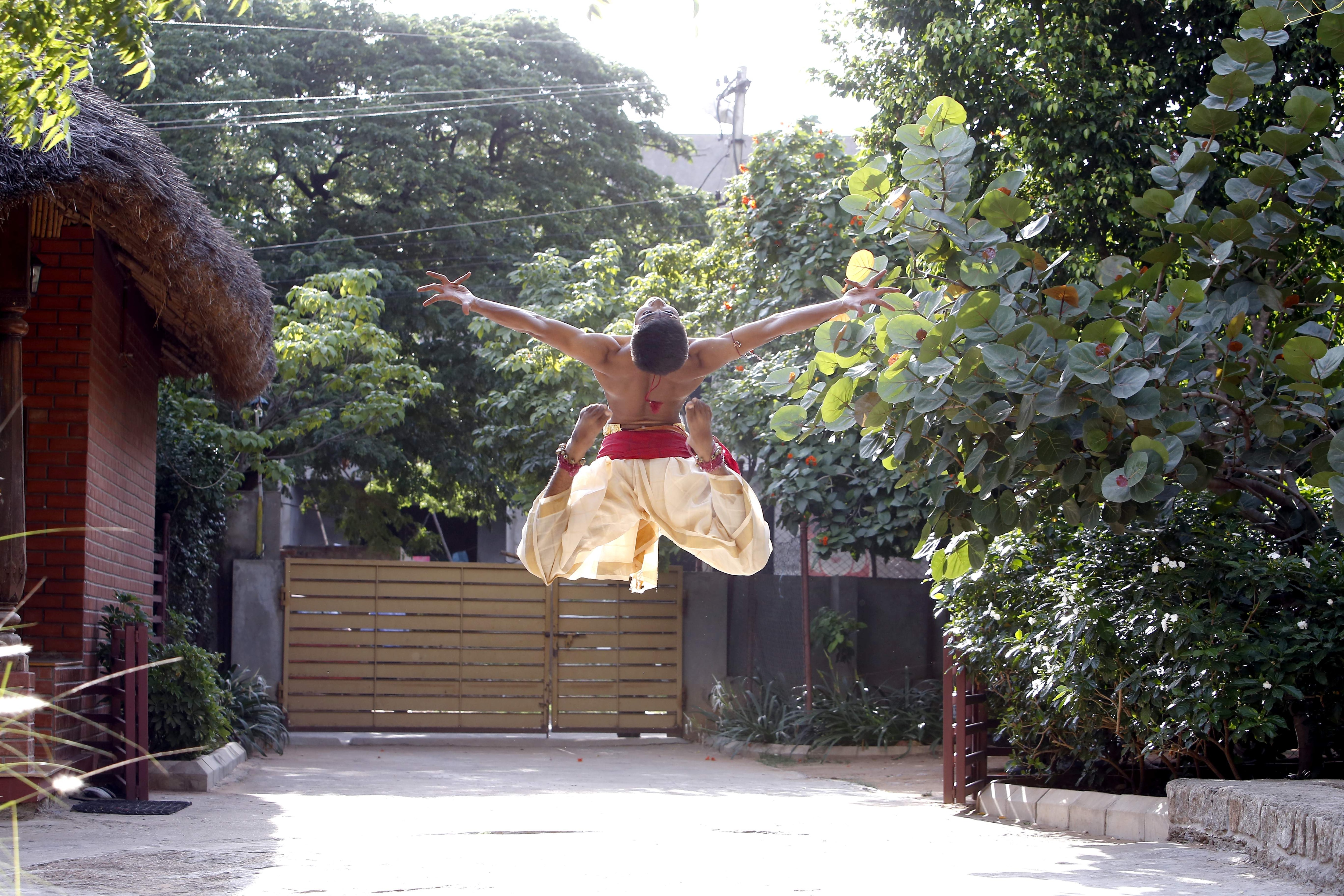 Art is a recreation of reality — this is what dance is for Gangadhar. "I want to choreograph pieces from the everyday themes that I see around me like water scarcity, drug addiction and so on," expresses the youngster who prefers to have his dancing feet grounded in reality.

For more on him, check out instagram.com/sai_venkata_gangadhar