The last time writer and actor Bhagyashree Tarke performed the play Salma Deewani in Hyderabad, all tickets were sold out. Seriously! This is why it's such a huge hit and will never go out of style

The release of a Salman Khan movie is akin to a festival in Old City, Hyderabad, especially for the women. They flock to the theatres (pre-pandemic days, of course) and swoon as their heartthrob performs on the big screen. It is this unparallel fanship that Bhagyashree Tarke, who was born and brought up in the same area, modelled her solo play Salma Deewani, which she both wrote and directed, on. It tells the tale of mother-of-two Salma, whose husband is in the Gulf. She has her own problems and trauma to deal with, and the play is all about how she is keeping her mental health in check. One fine day, she receives a very special phone call and nothing is the same after. Needless to say, she is an ardent fan of Salu bhai, as he is fondly known. This is certainly not the first time the 30-year-old has performed this play, but it might be the last time she is performing it in the City of Nizams because, if things go as planned, the National School of Drama (NSD) alumna will be off to Mumbai soon to pursue her dream of acting in theatre. "I am getting very comfortable in Hyderabad and whenever I feel that way, I move out," she says confidently. To that effect, she has already drawn up a list of theatre directors she hopes to work with. Also, recently she wrote an independent film with a friend that might come out next year.

But it took Bhagyashree a while to figure out that it is acting that brings out the best in her. She worked asa journalist, tried to learn music, but it was at NSD, where she pursued a PG in Acting, that she found her flow. She waxes eloquent about the institute, crediting it for instilling in her certain confidence. Also, "I got to amass so much knowledge and that knowledge is now my power. NSD just breaks you only to make you again," she says emotionally. In fact, it was at NSD that she conceptualised Salma Deewani as a 15-minute performance. "As a journalist, I had interviewed many people. And when I was doing a story on the vanishing single screens of Old City, I understood a lot about the adoration fans have for Salman Khan. I guess that's where the idea of this play was sowed," shares the actor. Also, she has acted in multiple plays before, including Udhaar ka Pati (Husband on loan), which is one of her recent works. 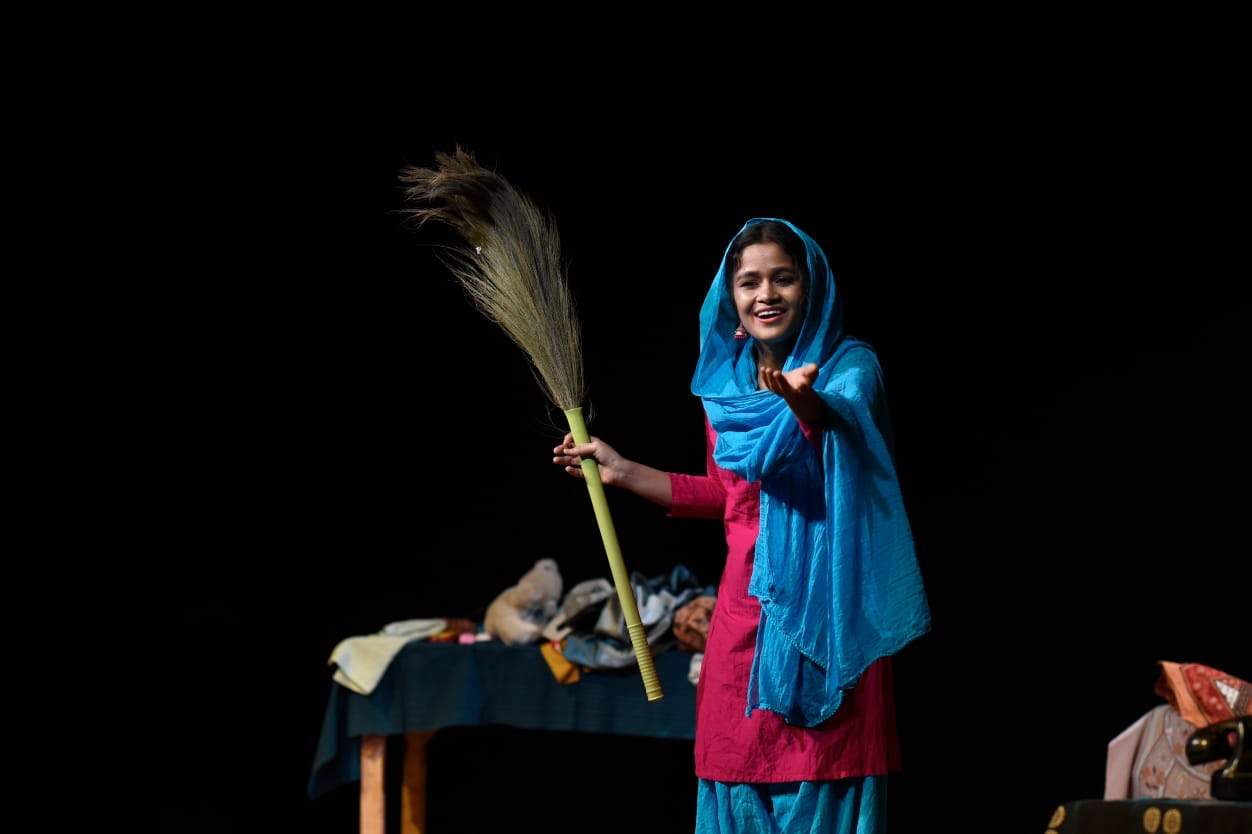 It was upon her teacher's insistence that Bhagyashree expanded the play to its current duration of 50 minutes. Also, at least 30 per cent of this play is improv which is why every time you watch it, it's new. That's because Bhagyashree is an actor who is spontaneous and impulsive. "Being vulnerable and being in the moment are the two most important elements for me," says the youngster. So every time you watch her perform, you will see her surrendering not only to the art but also to her audience, earnestly.

For more on her check out instagram.com/beestarke