With Pawga, yoga is literally going to the dogs...but you'll love it! This is why

At Pawga, you practise beginner's yoga when puppies run around you, climb on you or simply just decide to take a nap while you stretch

Imagine you are in a room packed to the brim with pups and kittens frolicking around. You're doing yoga. As you bend down to stretch and touch your feet, you see two pups wrestling to pull your yoga mat. While doing Tadasana, you see a little munchkin sitting on your foot refusing to move.

If you can imagine all that you've got a pretty good idea about how Pawga works.

Designed with the aim of combining the wellness in yoga and the joy of playing with pets, Pawga is completely new in India, unlike in Canada or the United Kingdom. Started in Chennai by Swathi Renugopal. Sinduja Krishnakumar and Subhashree Madhavan, it goes without saying that the movement is catching on, "Restless in the pursuit of making a change after we finished our UG, our long-distance friendship led us to the idea of Pawga”, says Swathi. Having explored a variety of other pursuits — from selling cakes to graphic tees. Despite being exposed to such a plethora of options, nothing "spoke to us" as much as Pawga did says Swathi.

What's great is that they're making a case for adoption, especially indies — the pups and kittens come from the Blue Cross with the hope of finding permanent homes. So if the people who sign up for the yoga sessions fall in love with any of the animals, they are welcome to adopt them. Swathi elucidates, “Interacting with people would help these puppies and kittens overcome any inhibitions they have and would make them easy to adopt”.

And the yoga is pretty fluid too. “At Pawga, we don’t stick to the dictionary definition of yoga. Here, you practise beginner's yoga when puppies run around you, climb on you or simply just decide to take a nap while you stretch”, explains Swathi. It's also quite evident that Pawga isn’t an intense pursuit to only learn asanas or attain inner peace but to simply be able to relax. Swathi further tells us, “Playing with puppies and practising yoga among them makes one feel relaxed."

So how does it work? Well, if you're doing Pawga, then you'll be led by, you guessed it, a Paw-gi, “All yoga sessions are conducted under the guidance of a special yogi whom we call a Paw-gi,” says Swathi. So far, the events have been conducted with people like Pradaini Surva, Shiv Raj and Joshna Ramakrishnan from Atma Yoga Shala. 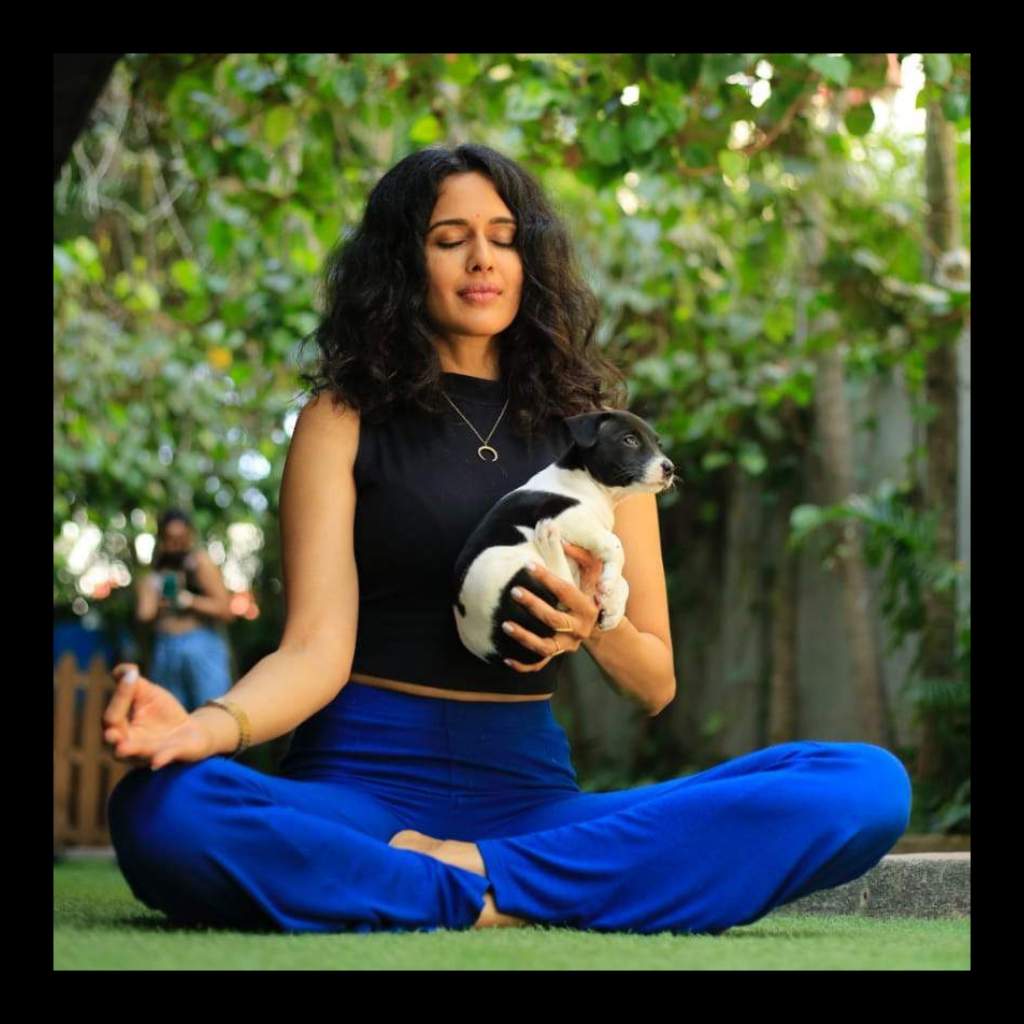 How have people responded to it? When this idea was first put out there, people were confused, she admits. She further tells us that as a follow-up, a set of introductory session videos and photos were released and people were really eager to try it out. Now, their sessions get sold out a week in advance and the waiting list is always active.

Though based entirely in Chennai at the moment, Swathi says they plan on expanding to other cities in the near future. While a session can set you back anywhere between Rs 950-1199, we are told that a portion of the funds raised goes to the animal welfare at Blue Cross of India. Furthermore, she says that the Blue Cross has been extremely supportive right from bringing pets for sessions to managing the chaos!