This duo from Pune started an initiative for kids to talk to real scientists on Zoom. Here's why

The Talk to a Scientist initiative was started in March this year to help children understand complex scientific concepts in simpler ways. We find out more

What happens to our brain when we sleep? Have you ever asked yourself that question? I am sure you have. Then imagine how curious children might be about the same thing and other innumerable things. While there's always Google to help you instantly, sometimes the responses might feel half-baked.

Children have been locked inside their houses for almost a year due to the pandemic and the subsequent lockdown while parents had a hard time explaining what led to this unprecedented situation. To make their job a tad easier, two scientists from Pune came up with a better solution. Karishma Kaushik and Snehal Kadam, both working at the University of Pune started an initiative called Talk to a Scientist in March 2020 to clear every child's doubts about anything related to science and complex scientific concepts. The scientists have been conducting sessions free of cost on Zoom since March and currently, they are in their sixth season.

"We started in March when the lockdown was imposed. We realised that so many children were locked up inside their homes and they don't really know why. This was ideated from that thought. We began with a single session, where we would speak to kids about the Coronavirus, its effects, where it originated and more. On March 30, 2020, we conducted the first session and received an overwhelming response, over 60 kids had joined on the first day. They had so many questions about the virus, for them, it was actually a brand new experience to be able to talk to a scientist. We decided to expand on this, ever since we have done this every week. And trust me, there's no looking back now," Snehal tells us. 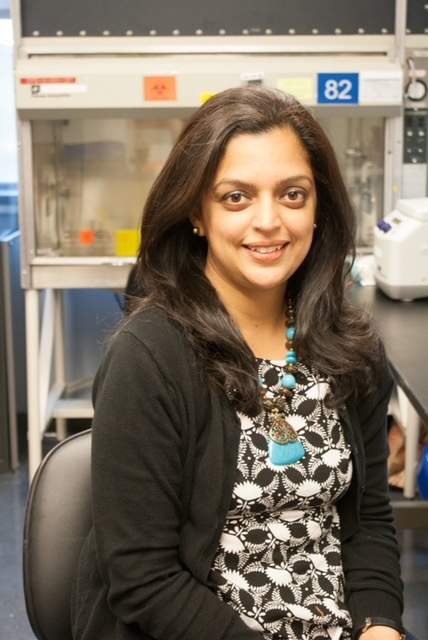 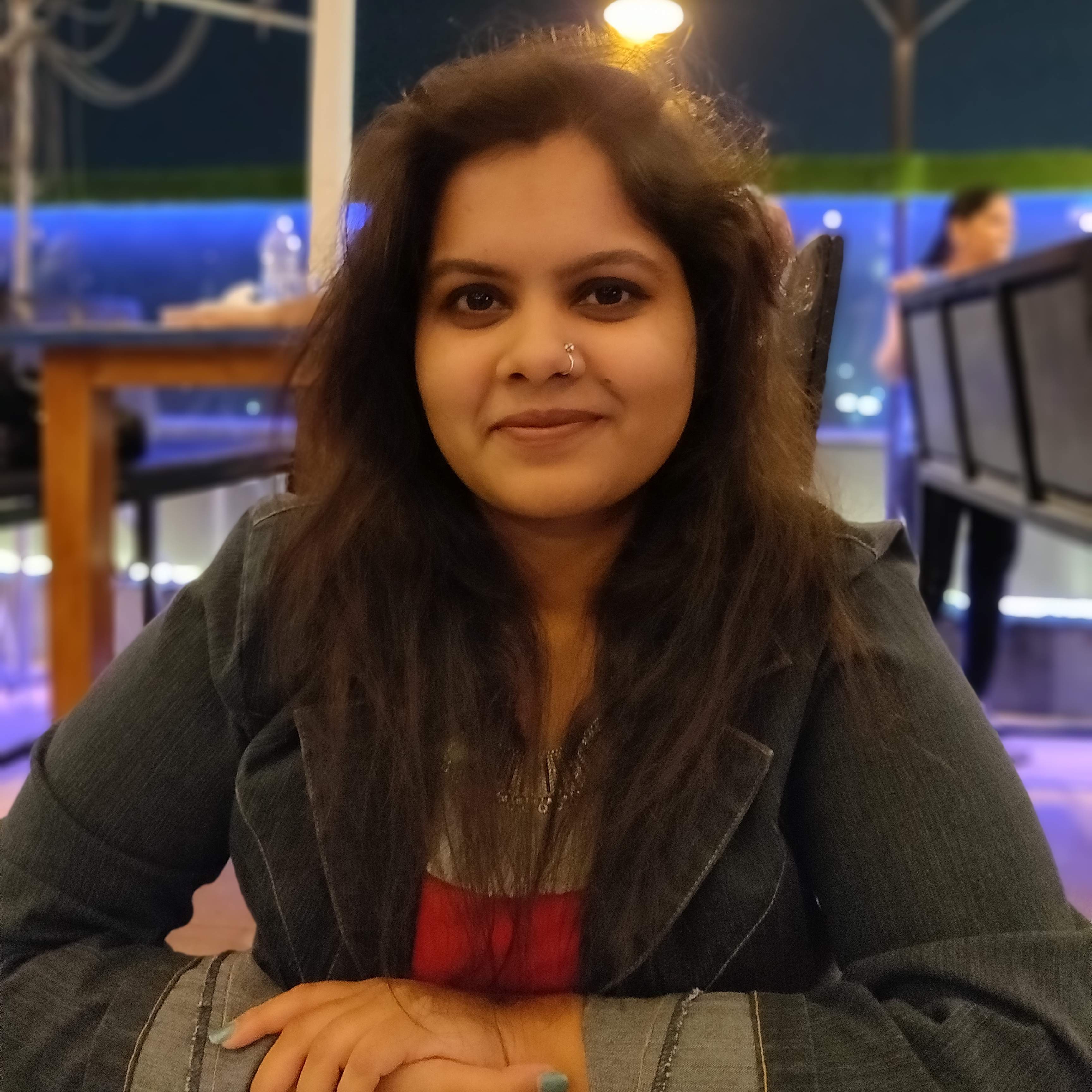 What are the sessions all about?
The age group that they focus on is between 6 to 16 years. However, there is no age limit, even if 17-18-year-olds want to join. The sessions are interactive and the content is made in such a way that it is relatable for kids. The sessions are conducted every Monday for an hour from 5-6 pm. They are hosted on Zoom. For every Monday, the session announcement goes out a week before, poster circulated on social media with a registration link. Snehal adds that they spend the week working on content. "We have question-answer sessions to get them thinking. Each season is 10 episodes long, the final session will include a hands-on activity, an experiment that they can do live at home using stuff at home, nothing they need to buy or procure from outside. Each season has a theme. Such as one of them was science related to health — we spoke about vaccines, antibiotics, which they find relatable. A lot of things that they don't find in their textbooks but are interested in. We had a session where we took them through a tour at the Biology lab, what a scientist's day looks like and not something that is taught at school," she says.

These sessions are conducted according to seasons that have a specific theme. In the first season, it was just Snehal and Karishma who were conducting these sessions, then they get guest scientists to come and speak to the children. In the third season, the duo reached out to the community asking them to register if they wish to interact with the kids. This went on for about six months. In October 2020, India Bioscience, a not-for-profit life science outreach organisation had this grant for scientists who are working in India for outreach and to engage the community. "We were selected as one among five others. Now, we are funded by them for the rest of the year. With that, we are being able to scale up our platform. We have a dedicated website, we're on Twitter and other social media channels," Karishma shares. 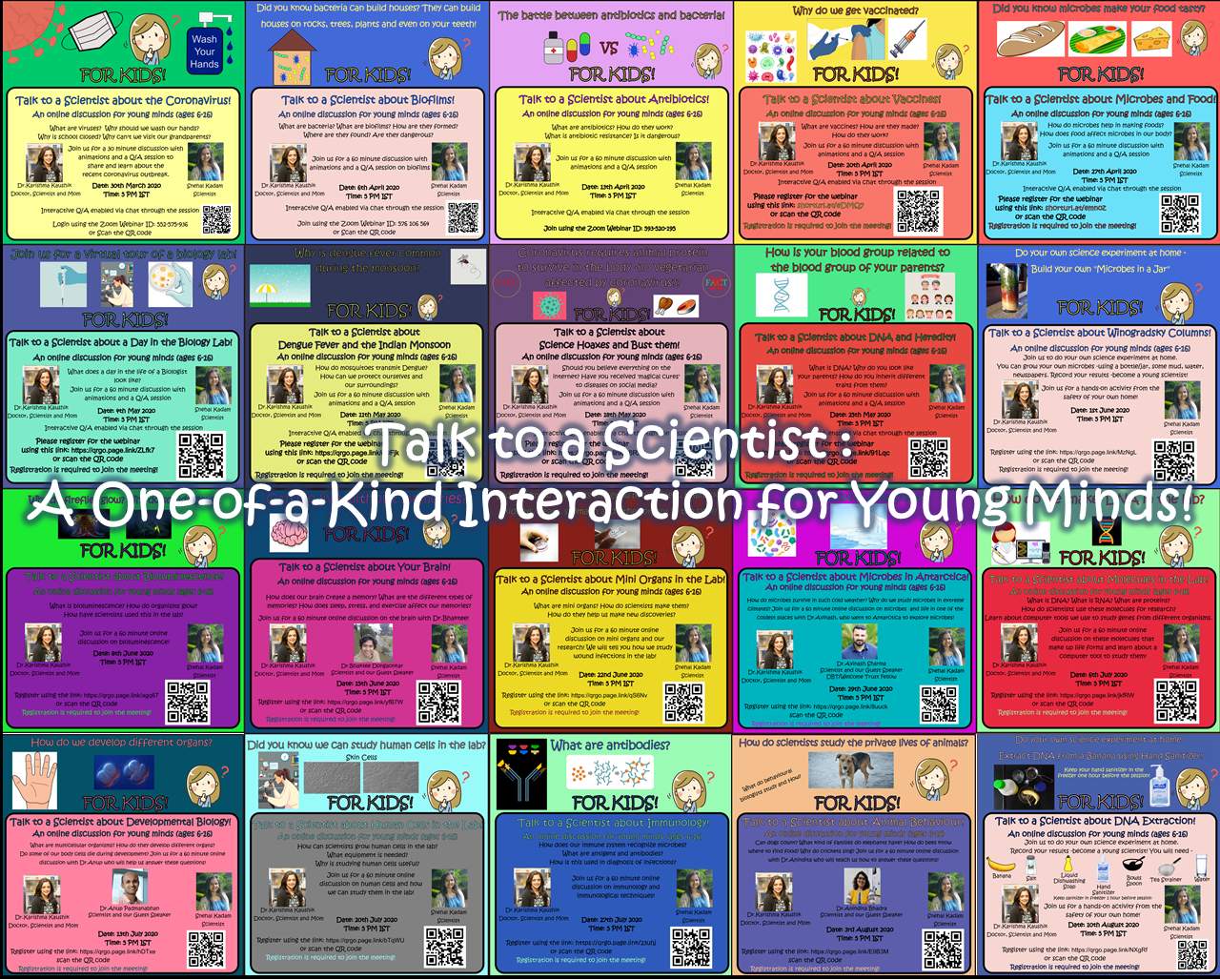 All their sessions are also live-streamed on YouTube. "It's not pre-recorded as we want a live session — the children actually get to ask a scientist. That is the whole crux of the outreach. We have had kids from all over India. We crowdsource topic and theme ideas as well," adds Karishma.

Karishma adds that initially, children had a lot of questions — her own son had numerous things to ask about the virus that she would find hard to answer. "Then I thought what about other parents who are not scientists or related to any scientific field and are not too aware of the virus. What would they tell their children? That's when I asked Snehal if we could do something and she immediately said 'yes'. When we work as scientists we work in these ivory towers, we are funded by public money, by the taxpayers' money, government money but we rarely interact with the community at large. We publish articles in the scientific journals, we do scientific pedagogy but not with a larger community. So, when this one session became such a hit, we asked ourselves why we couldn't build this into a programme where we as scientists directly talk and interact with the community to make them aware of science, scientific challenges relevant to India and build role models of Indian scientists. Today, when we see role models in scientists, we can still see Marie Curie, CV Raman, Srinivas Ramanujan, but you won't see enough contemporary Indian scientists," she explains.

Agreeing with this, Snehal says that this is something especially true for children. "In science books, all you see are these scientists whose work is, of course, commendable in innumerable ways but that contribution has led to where we are now. Nobody knows the face of a scientist who's doing work today. Why not build contemporary scientist Indian role models? That's what our initiative is all about," she concludes.