Why you'll love Oscar-shortlisted short film Bittu, which will make you revisit the horror of the Bihar midday meal tragedy of 2013

If you haven't caught the short film Bittu yet, we recommend that you do so ASAP. It's a beautifully spun tale about friendship that will stay with you for a long time. Here's is all you need to know

When a mishap occurs, we are quick to find someone to pin the blame on - the proverbial scapegoat, so to speak. Or even a head that can roll. But what about those who have been through the mishap, what about their peril? Sure, it's acknowledged, but does it get its due?

When the infamous Bihar midday meal poisoning of 2013 happened, 23 children lost their lives, but more than that, so many children lost their dear friends. Does your daily news bring you face-to-face with these hard emotions? It's their grief that doesn't make it to the news. This is why we have art and this is why we have short films like Bittu. If Bittu is art, Karishma Dev Dube is the artist. And this masterpiece has been shortlisted for the Oscars. 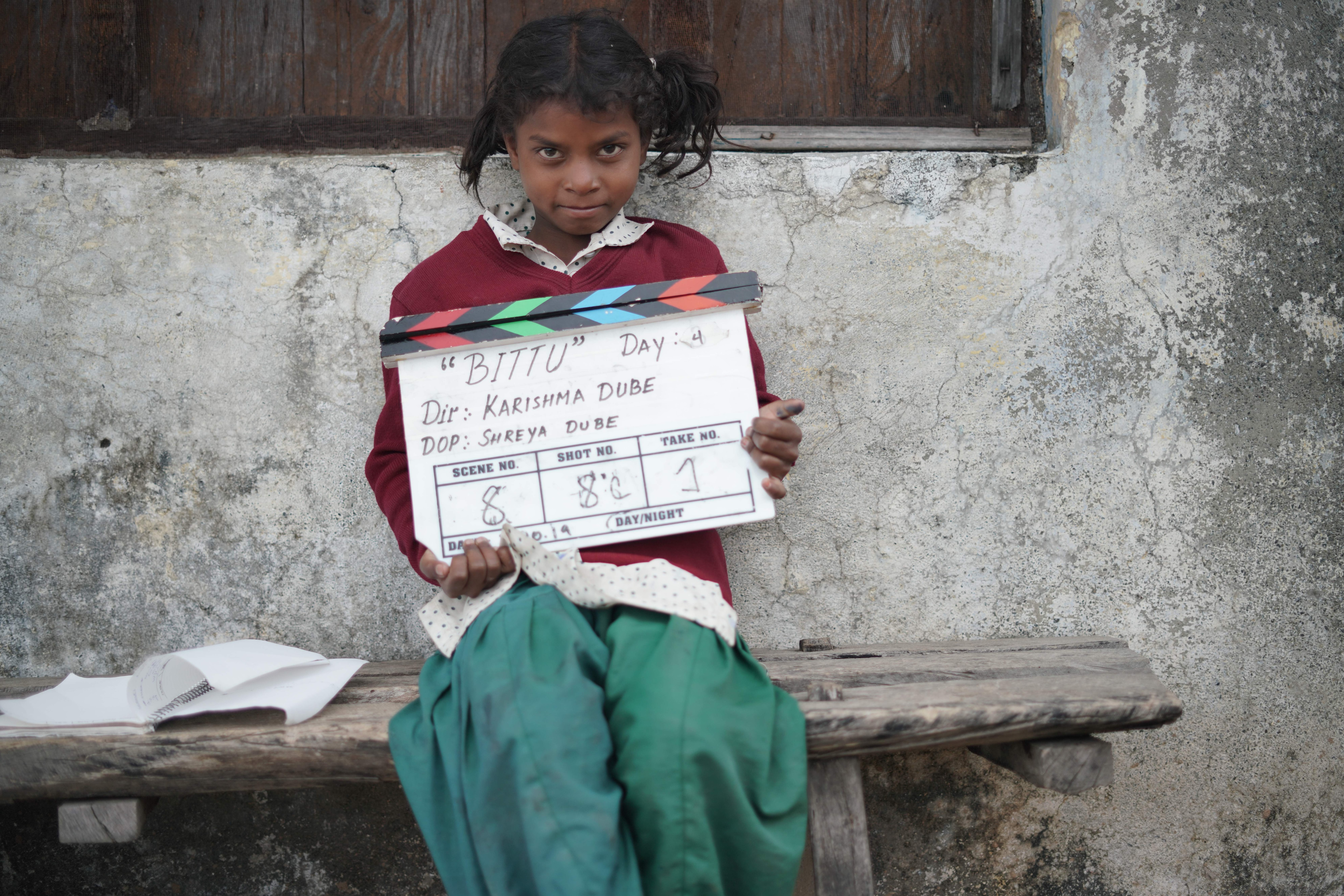 In the film, two friends, Bittu and Chand, are having a tiff because the former has been sent out of the class and forbidden from partaking in the midday meal. The same midday meal that is laced with pesticide due to negligence of the principal. Fatal negligence, as it turns out, as many students including Chand, drop dead. The piece de resistance of the film, at least as per this writer, was when a distraught Bittu lies down beside the lifeless body of Chand. But this is not the end and for the rest, you'll have to catch the short film yourself.

Drawing from the harrowing aforementioned incident, 30-year-old Karishma was pursuing her Graduate Film Program at New York University when she came to India in 2018 to shoot this short film. She chose Dehradun, the place where she went to school, as the setting for the film and joined hands with the NGO Pratham, who let her sit in classes of government schools to really understand the atmosphere. "This helped me understand how classes are run," says Karishma, who had her sister as the cinematographer, working with her every step of the way.

Theatre artist Nirvana Sawhney was brought on board to work with children in the area and boy, what a revelation it was when they found Rani, the girl who played the titular character. And when they found Bittu's best friend Chand, that was a double whammy. They started conducting activities via which they would hand-hold them through acting, like nukkad natak and so on, and saw just how right the cast really was. "What we were working on was creating memories and trust. And when we would actually go to the outdoor set, we would encourage them to recollect the same memories and what they felt at that moment. So that's how we shot the scenes," says the youngster who hails from Delhi. 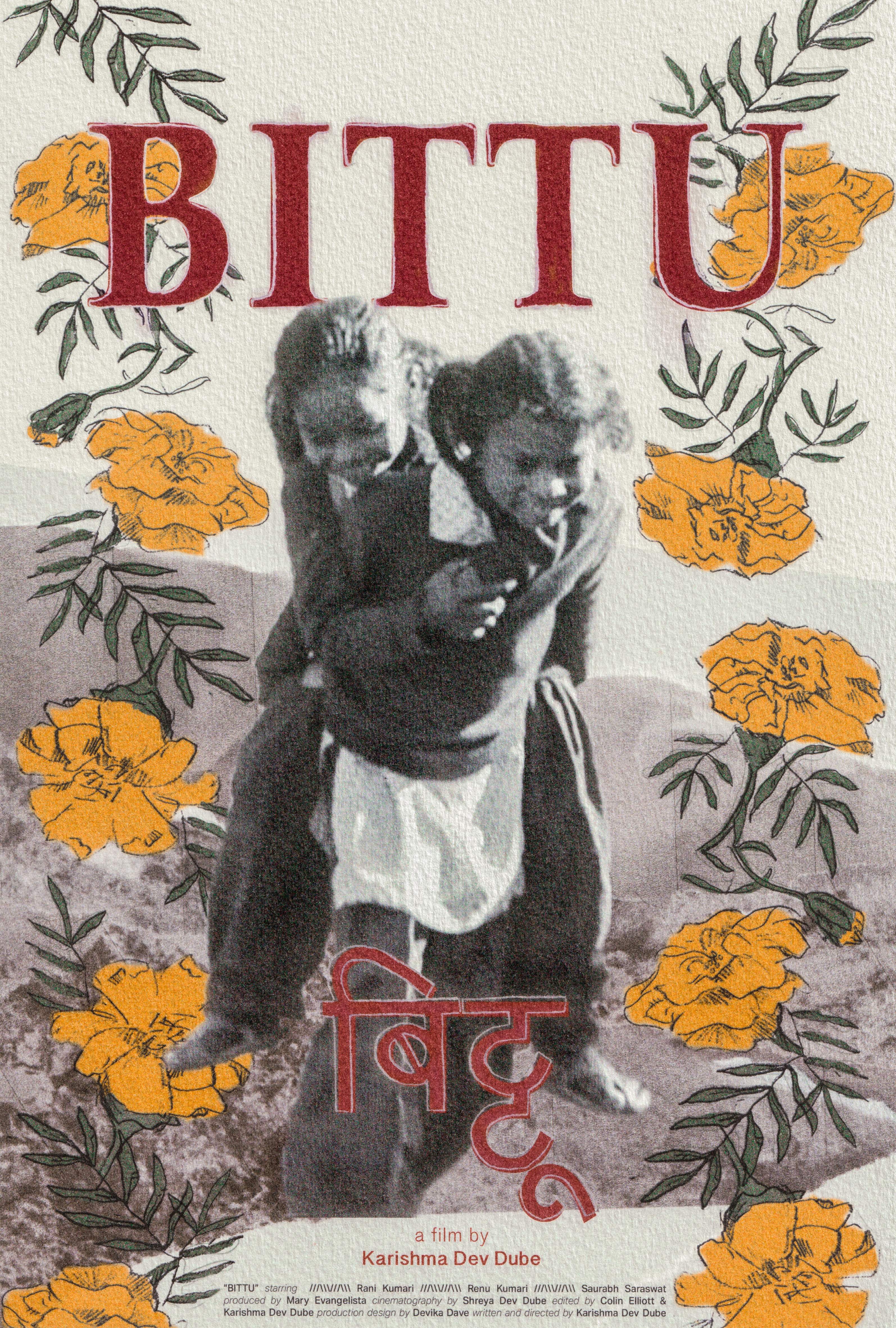 The film will have your attention right from the first minute, where Bittu and Chand are seen dancing for tourists to make a quick buck near a bus stop. Dancing to an obscene, vulgar Bhojpuri song. "I have seen women dancing and kids singing obscene songs and somehow, it is seen as okay because a kid is singing it," says Karishma sounding both peeved and furious. And of course, we ask her about that tender scene where Bittu lies down beside Chand's dead body because it's an image that refuses to leave our consciousness. "I suppose though Chand was the victim of the food poisoning, in some ways, it was the death of Bittu too. She was mourning the loss of both," mulls the director. A certain sisterhood is formed from protecting each other from patriarchy, society and the male gaze, and that's what we were mourning while watching the scene.

Talking about gaze, we recollect how after Slumdog Millionaire, Danny Boyle was accused of showing India via the 'westerner's gaze'. Does Karishma feel that she is guilty of doing the same with Bittu? After all, it does reveal some ugly, albeit true, facts about our country. "I am not afraid to talk about my country because we are portraying some very real and hard facts. In fact, even while shooting with the kids, we did not want to corrupt their experience in any way. So we did not talk to them about death, merely the idea of loss," says the filmmaker. There is even a tiny hark back to our colonial hangover of obsessing over English. In fact, it is for not speaking in English that Bittu is asked to leave the class. "English is of no use in Bittu's life. Her spirit is already so fierce and charming and she is so smart as well. Yet, all the world chooses to see is her inability to speak English," she points out. Indeed, there are many layers to this film.

Student Academy Award Winner and recipient of the inaugural Black Family Prize grant and Reise Award for post-production are just two of the many accolades that have and are going to come their way. Oscar or not, Bittu has already won all hearts.

For more on them check out bittufilm.com