Who dreams of becoming a farmer? This 24-year-old BITS Pilani grad is already living this dream

He also works for JD Lakshminaryana on the side. Previously, he has worked with Gajendra Singh Shekhawat, Minister, Ministry of Jal Shakti; Ministry of Agriculture and Farmers Welfare and more

Sidhartha Namburi is a 24-year-old who lives and works on a farm, full-time, in Kolanupaka village in Telangana's Yadadri Bhuvanagiri. No, he is not a farmer's son, nor did he lose his job in the city nor is he doing it for research purposes. This BITS Pilani grad is doing it because of his inclinations towards agriculture. All that he has been doing up until October last year, when he took up farming, has been leading up to this — one of his three main goals, the other two being rural innovation and politics. 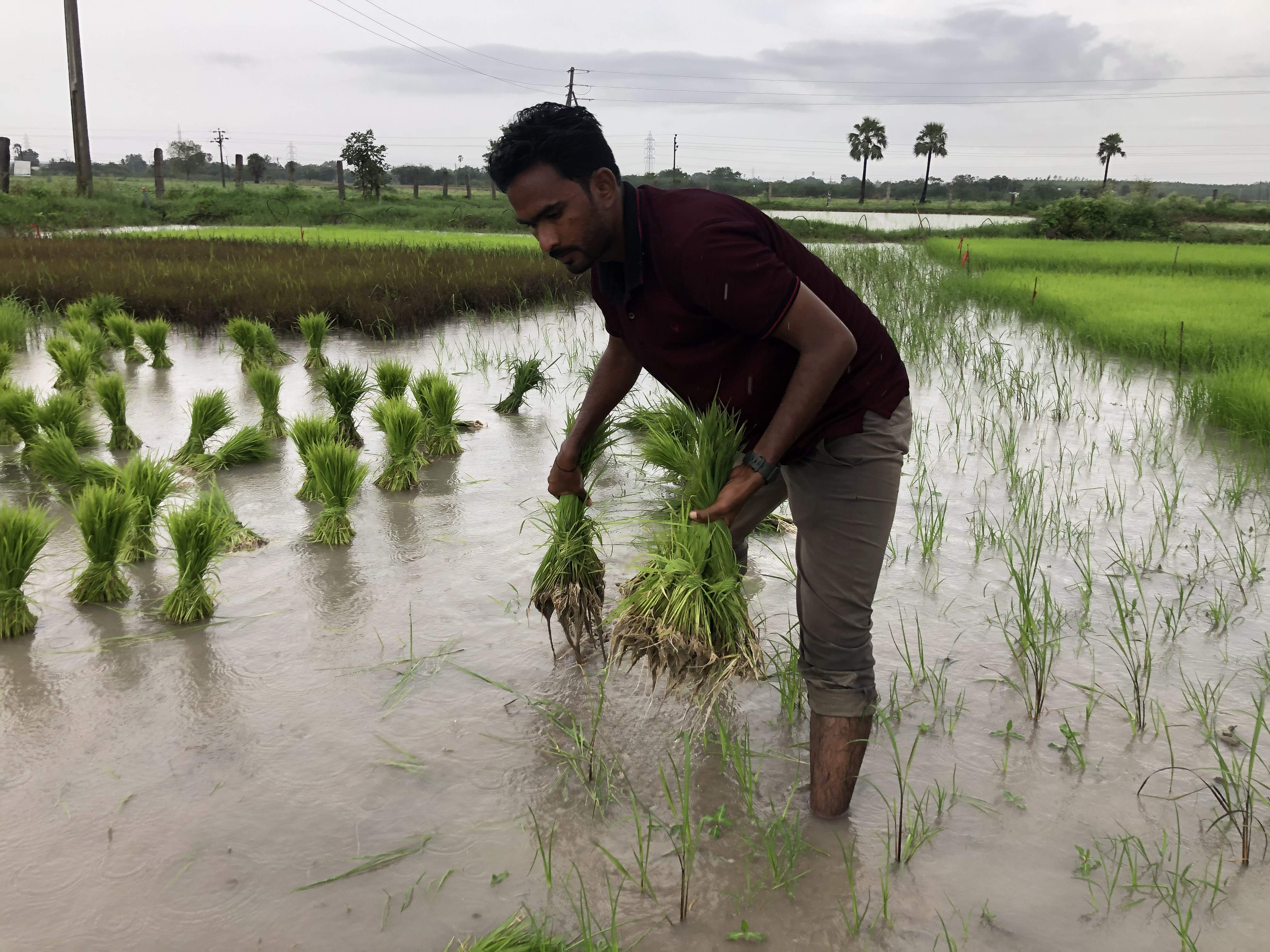 After pursuing Mechanical Engineering from BITS Pilani, the modern farmer worked with former IPS officer JD Lakshminaryana as he interacted with various farmers for a solid year and has worked with politicians and other members of the bureaucracy too, so he has a more than a fair idea about how to go about farming. And since his father owned a solar plant along with other partners in Kolanupaka, best known for the 2,000-year-old Jain temple, and even purchased an extra 50 acres for expansion, Sidhartha took it up without a second thought. Now, he labours on about 16 acres of Arhyama Farms and wants to increase the area gradually. The very first thing he did was build a pond on one acre of land that can store up to six lakh litres of water. "What was most important for me was growing indigenous crops that are not grown commercially. And since healthy eating is in vogue now, these treasures of Indian food have a shot in the market," says the youngster. He is growing kala batti (black rice), red jasmine (scented basmati-type red rice) and another four indigenous pulses including vegetables like okra.

Sidhartha is sure about the fact that within the next decade, he will stand for elections

"I attended various farmer meetings and even used the power of social media to invite youngsters to work along with me and I offered to share the profits with them," explains Sidhartha. This is how Rajesh joined the journey. Now, the duo are constructing a house on the farm and are bringing on-board a farmer family who will help them keep an eye on things. "While half-acre of paddy is being grown using drip irrigation, it is slow, but other crops, which we sowed in June, are on track," informs the youngster who is also growing three indigenous varieties of bananas including chakkarakeli, the seeds of which he got from a farmer from Rajahmundry. A total of 2,700 saplings are steadily growing on the farm. 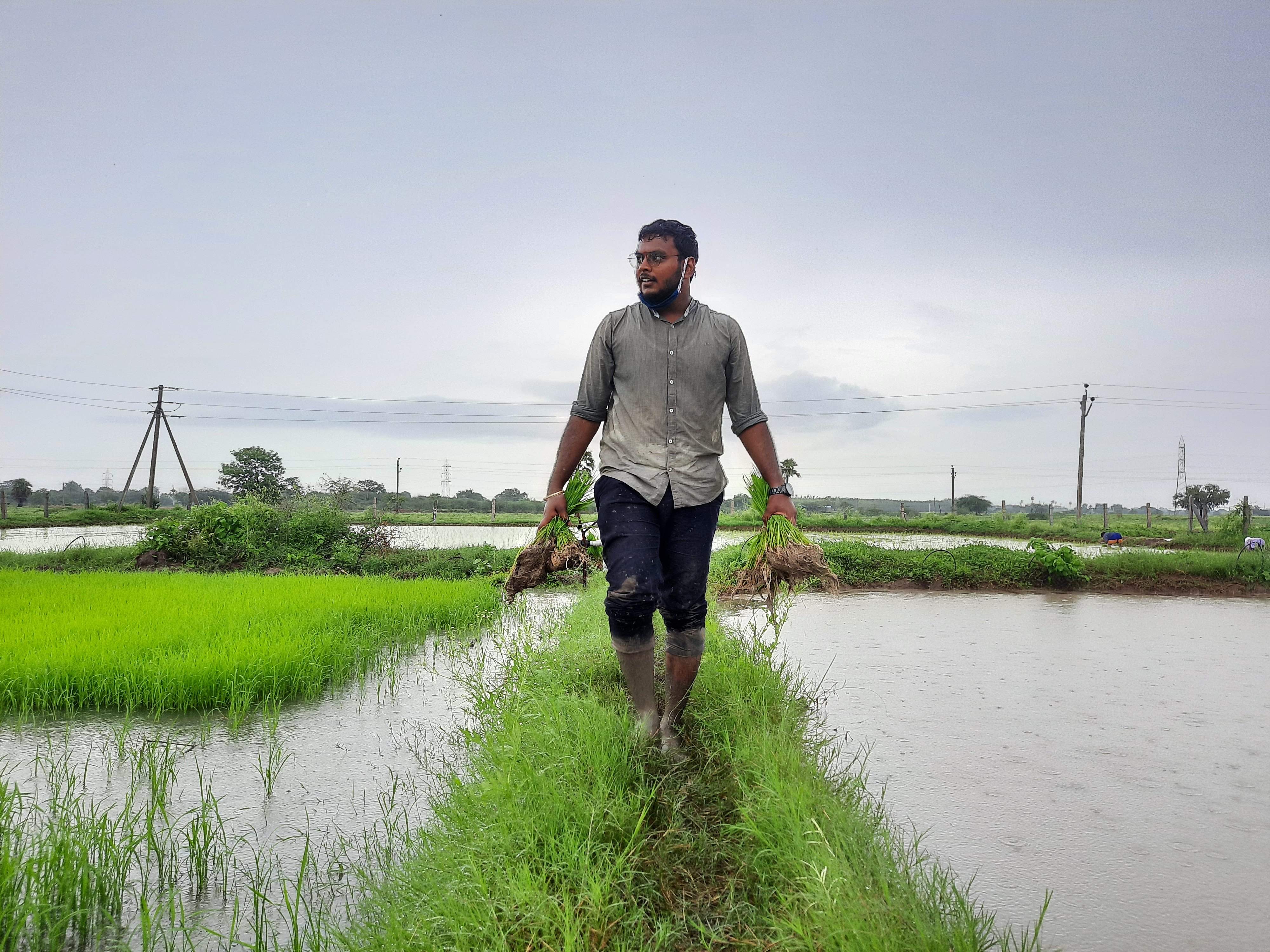 "The ultimate aim is to start a seed museum or even a farming school where people can come and learn," says Sidhartha, mulling over the idea. For now, he is selling his produce to his brother-in-law's organic store VG Natural in Banjara Hills, Hyderabad.

For more on him, check out facebook.com/Arhyamafarms