As part of her college graduation project, Saakshi Mahnot developed a deep compression therapy T-shirt to help calm autistic kids. This is how it works and what it's doing for kids with autism

Deep compression is among the practiced and well-known therapies that are used on children with autism and attention deficit hyperactivity disorder (ADHD). It is a technique that calms down the child from their state of hyperactivity, which is one of the primary characteristics of autism or ADHD. As part of her six-month-long graduation project at the National Institute of Fashion Technology (NIFT), Gandhinagar in 2016, Saakshi Mahnot developed a T-shirt that encapsulates deep compression therapy. Literally! While similar T-shirts have been made available in more developed countries, it hasn't been done in India yet.

Speaking about the T-shirt and the technology behind it, Saakshi says, "Deep compression therapy is basically applying pressure to certain parts of the body, on certain veins, which calms the child down. Clothing is one of the triggers of hyperactivity in such children. They don't feel comfortable with the material we usually use in clothing. They also prefer darker colours." The T-shirt developed by Saakshi is available in navy blue and black and has weights added to it. "The weights have been made out of rice and poly pellets. These weights create pressure, which feels like a hug to the child, calming them down. They can also be removed from the T-shirt and it can be worn regularly as well," explains the 25-year-old. 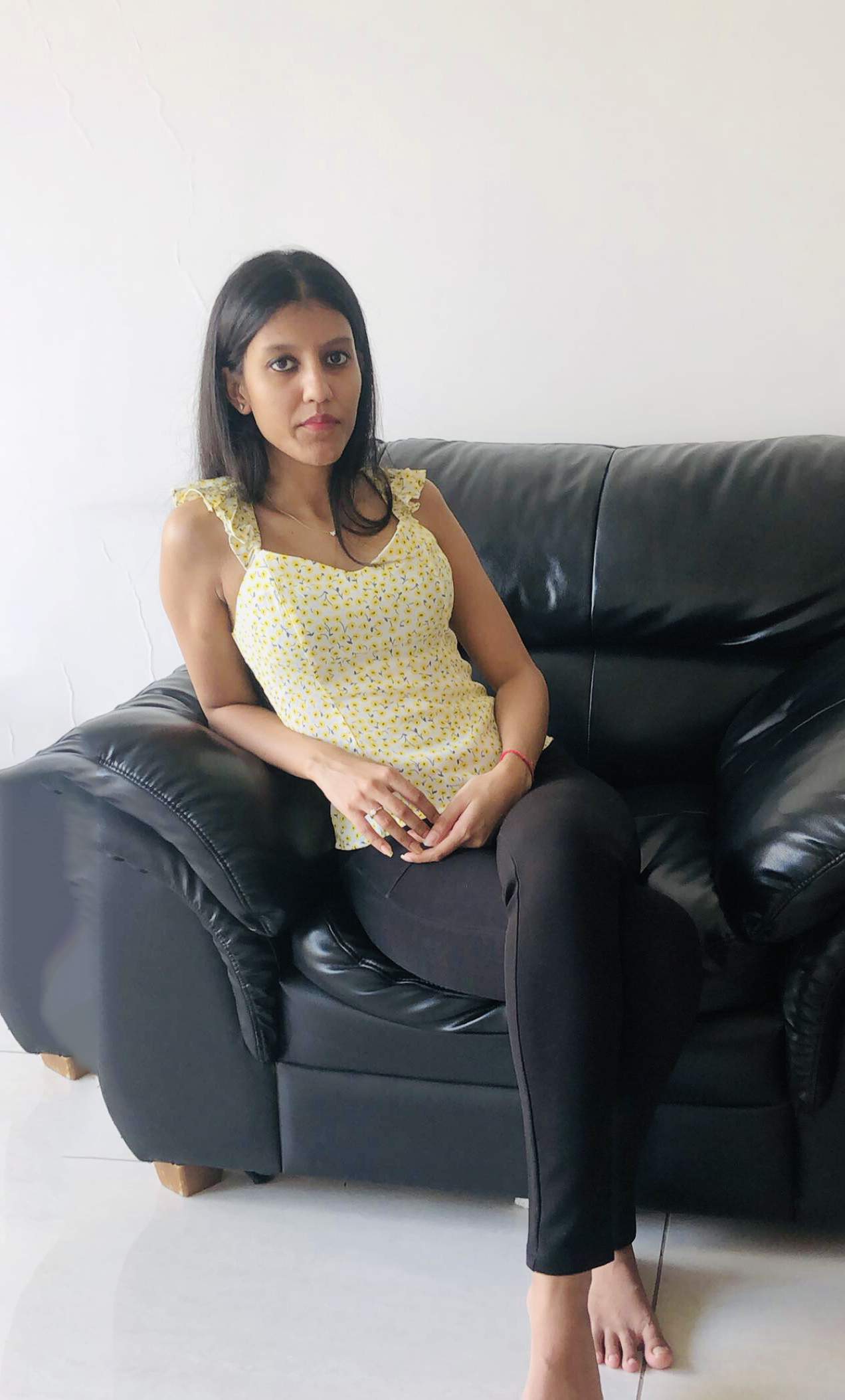 Saakshi advises against wearing the T-shirt for more than two hours a day as the child shouldn't feel a burden on their bodies. "It should be worn under the supervision of a therapist, parent or relative. While the child can engage in any activity while wearing the T-shirt, it is not advisable to wear it outside with the weights. The weights should also be removed while washing the T-shirt," says Saakshi, who has created the Autistic Compression T-shirts with body-hugging material to ensure maximum surface contact and pressure when weights are applied. The amount of weight added also depends on the body weight of the child. "It is entirely dependent on the child's capacity. In days when they aren't that hyperactive, some of the weights can be removed," Saakshi adds.

Even before she developed the prototype of the T-shirt, Saakshi spent over a month researching deep compression therapy. "I spoke to parents, therapists and organisations that deal with autistic children," informs Saakshi, who has applied for a patent, which is still pending. "The ones available in foreign countries are really expensive and unaffordable to anyone in the lower-income strata, where most autistic children are born," she adds. And her cheaper version is quite popular. Not only is she supplying the T-shirts to individuals, she's also working with two major organisations dealing with autism — Mumbai-based Fragile X and Delhi-based Action for Autism.

Now working in fashion merchandising in Mumbai, Saakshi hails from Ahmedabad. "When I was working on the prototype, I also tested it with autistic kids. This product is certified by therapists and doctors," she says. The customised T-shirts are now priced anywhere better Rs 1,800-2,200 a piece for the rice weight variety and Rs 2,500-3,200 for the poly pellets variety. "I'm looking at bulk production and the prices should decrease further when it happens," adds a hopeful Saakshi.