After much controversy surrounding Inktober, three Chennai artists started #MadrasInktober — their tribute to the city and its many colours. This is what happened when they got their creative hit

The month of October has a special significance for artists around the world. It is the month for Inktober — an initiative by artist Jake Parker where prompts are given for each day of the month and artists create a pen and ink drawing every day based on these prompts. However, in a year that has seen everything change, the spirit of Inktober has also changed. Embroiled in controversy, several artists have now decided not to participate in the event. Among them are three Chennai-based architects-cum-artists — Aafreen Fathima S K (@ninetyeight._), Srishti P (@anchoredhues_) and Prathyaksha Krishna Prasad (@projectekarikthin) — who have not only decided to stay away from the official Instagram challenge, but have also created their own version of Inktober. Inspired by the city, the trio has created #MadrasInktober with their own prompts. And all the artists have to do is recreate images from Madras.

Aafreen, one of the three creators of the challenge, had previously participated in Inktober. "This year, when we got to know about the controversy surrounding Inktober — where artists are alleging that the name has been trademarked and they are unable to sell their Inktober drawings online because Jake Parker has been claiming copyright for the same — we decided not to participate. We didn't want to risk it," says Aafreen, adding, "We also wanted to give other artists a chance to create artwork without concern that someone will claim copyright over their work." 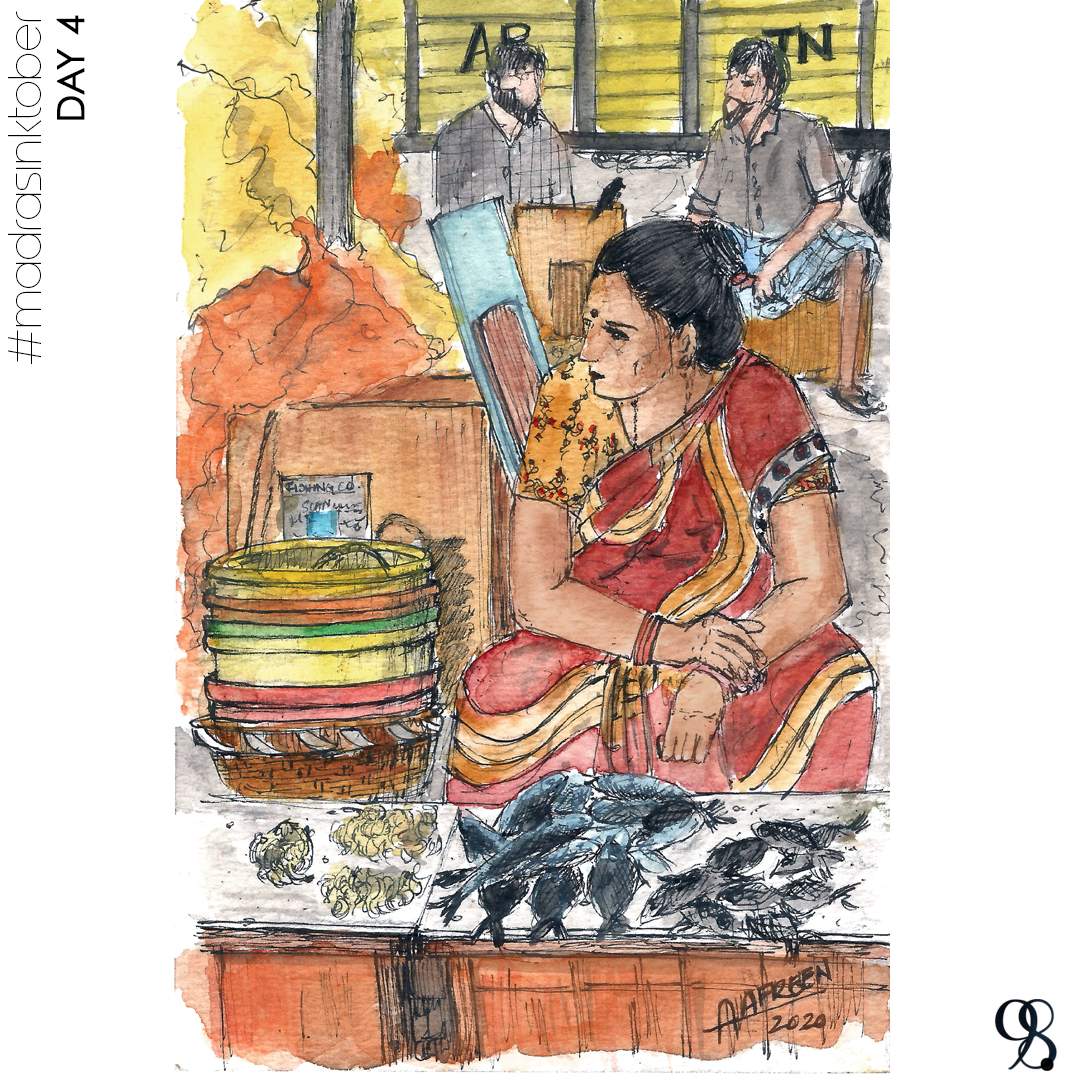 So, she got on a phone call with two of her friends from the art community. "During that one phone call, we decided to modify the challenge and make it Madras-centric. We researched online and found that there haven't been any Inktober challenges based on cities. We even ended up deciding all 31 prompts during that phone call and posted it online soon after," says Aafreen. She is ecstatic with the overwhelming response the #MadrasInktober has received from the community. "We have never helmed a challenge like this before and it feels great to see such enthusiasm," she adds.

One thing that draws Aafreen to challenges like Inktober is how differently people interpret each prompt. "The prompt on October 2 was 'Grills'. Some people chose to draw grills on the door or window, while some others even decided to draw food like chicken and paneer on the grills. It is fascinating to see how one prompt gets interpreted by different people," says Aafreen who started her Instagram page almost two years ago when she was still an Architecture student. "Several buildings in the area where I stay went unnoticed by everyone. However, when I began sketching them and posting on Instagram, there were several enquiries. That prompted us to organise heritage walks around the area in 2018 and 2019. When you use art as a medium to give recognition, people immediately get attracted to it more than before," says Aafreen.