This Loyola College prof's calligraphy-laden merch is all the craze in Tamil Nadu. Here's why

Urue Design Studio is an Instagram page that has taken calligraphy to the next level. They are putting beautiful Tamil calligraphy everywhere — from mugs to stickers

During the lockdown, so many took up different hobbies and started something new. Such was the case with Loyola College Assistant Professor Arvind Sundar, who, encouraged by his college, enrolled in an online course. The course was about Islamic culture and history and it interested him so much that he began researching it. He discovered Islamic calligraphy in the process and that attracted him immensely. It also made him wonder why such calligraphy wasn’t available in his own language — Tamil. And that is when he decided to change it. He began Tamil calligraphy — in a way that’s contemporary and very appealing — and has now even begun creating merchandise with it. It’s all up on his Instagram page Urue (@urue_designstudio).

Speaking about what prompted him to pursue it further, Arvind says, “I read the earlier versions of The Quran and saw calligraphy in Arabic in the texts. I have studied visual communication and also have a master's degree in painting. I just decided to do it — got some calligraphy pens and began recreating pages of The Quran. I was so intrigued by the geometry and the way the letters and words interlinked in Arabic calligraphy. I began wondering why can’t it be recreated for Tamil.” Arvind says his interest to recreate similar calligraphy in Tamil stems from his love for Tamil literature and also his family background — his mother is an author. 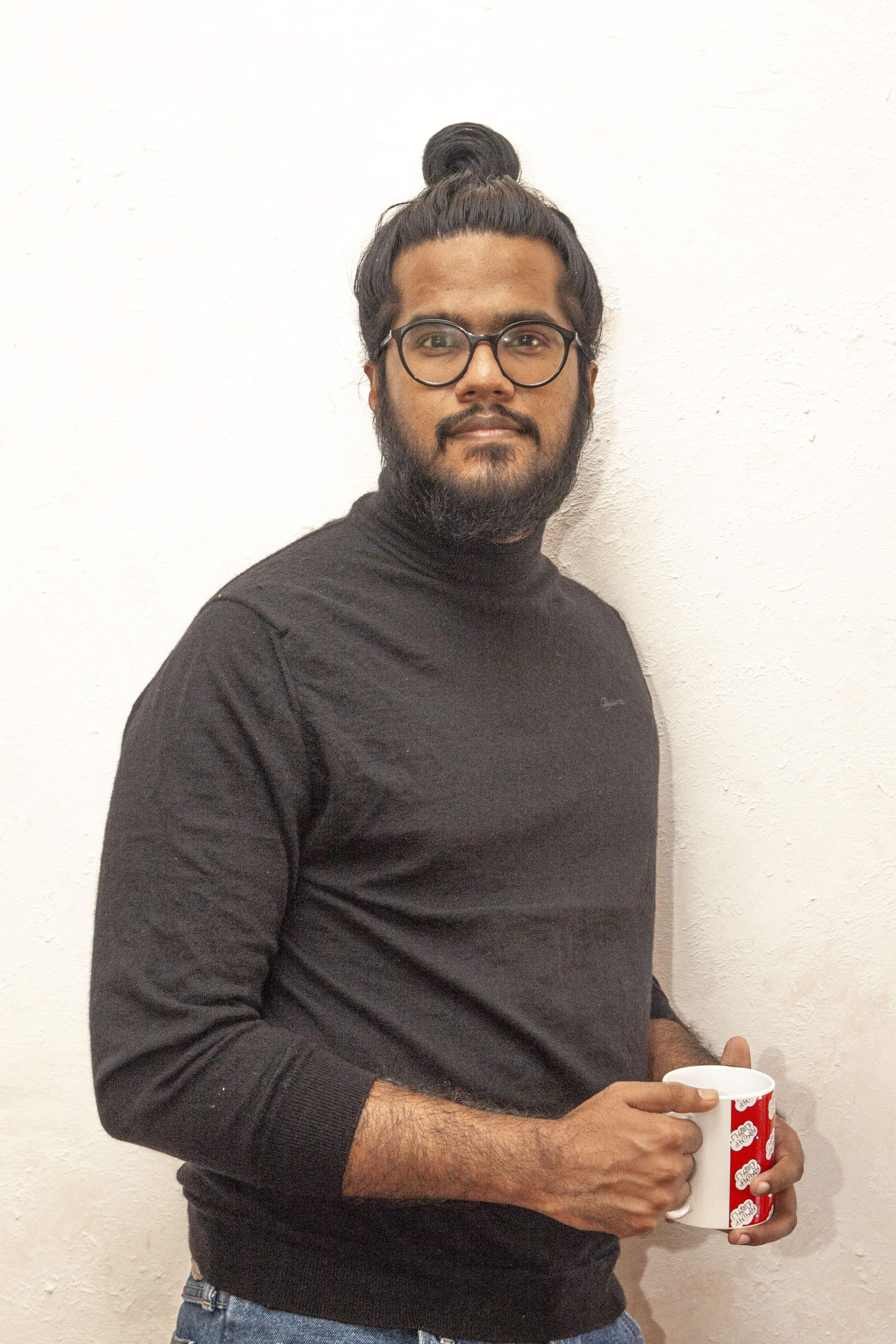 Urue is the Tamil word for ‘create’. Indeed, that’s what Arvind and his partner Mahesh Thiru is doing. “While I’m the creative head, Mahesh, who is a photographer, also manages sales and marketing for Urue,” says Arvind. The duo are currently selling their range of merchandise — which include mugs, various types of notebooks and posters — on their Instagram page. “We are in the process of creating a website and also expect that some of our products will be available in stores over the next month,” adds Arvind.

One interesting feature in Arvind’s calligraphy is that all of it is from one text — Aathichoodi by Avvaiyar, a 12th-century poem with 109 lines. “Each line has a moral and can be used individually. I decided to recreate each of those lines in calligraphy,” says Arvind. However, when Arvind began creating calligraphy, he didn’t think about merchandising it. “Mahesh saw my work and suggested that we should put the calligraphy on notebooks. Tamil is pretty much absent from the contemporary design scenario. It is considered old and ancient, but we wanted to bring it to this post-modern era,” explains Arvind. “We began with notebooks with Aathichoodi verses, then came the mugs and other variants of notebooks. All these designs were also available as posters,” says the 26-year-old. 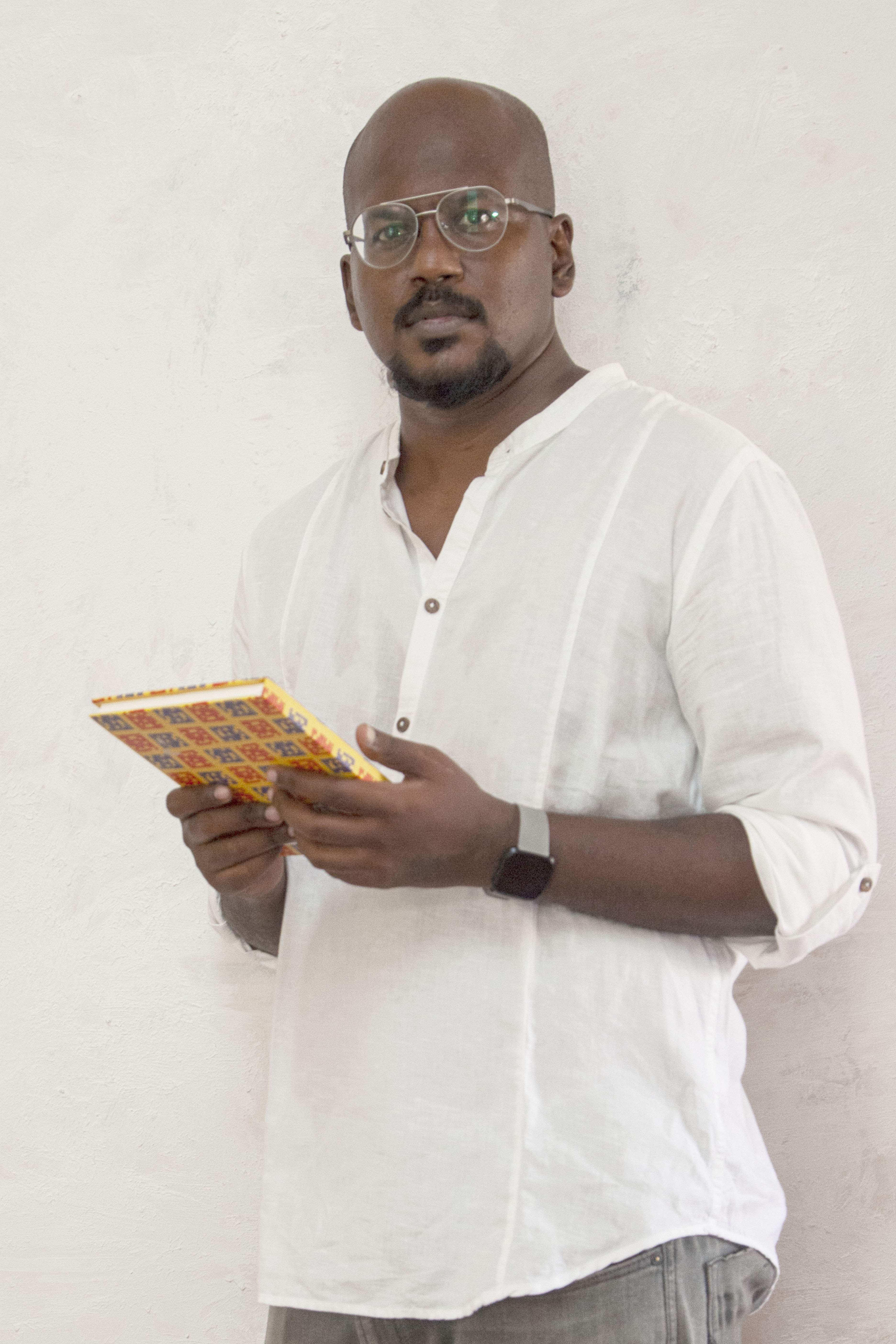 The duo at Urue are also working on a postcard project, where they are creating based on Aathichoodi verses in the back. “The postcard culture is lost. In a bid to revive it, we decided to distribute free postcards for people to write,” says Arvind. But Tamil literature is not all Arvind is interested in. He is also trying to imbibe some history and politics in some of his works. “We are creating playing cards but instead of using European kings - as is usually depicted - we have decided to redesign it with drawings of South Indian kings,” says Arvind. So in Urue’s playing cards you’ll see Chola kings like Rajaraja Chola (as the king of diamonds), Sundara Pandyan (as the king of clubs) and some Chera kings as well. “They are depicted by their royal insignia or a flower that depicts the dynasty. This is how we can differentiate between the kings. We have also done the same with the queens, jacks and even the joker,” says Arvind.

Arvind is also developing stickers for cars, laptops and the like featuring several of the famous and influential politicians in Dravidian politics. “There are stickers on Karunanidhi, Periyar and Annadurai. Our aim is to encapsulate the whole of Tamil culture — not just literature — but the politics, history and other aspects into the contemporary design scenario,” says Arvind.