Put the shame where it belongs: How this documentary illustrates how to tackle India's gender problem

Why do our destinies differ?

So sing a group of women in a remote village in Haryana. This is one of the many heart-wrenching moments that weave together the documentary film, Son Rise. National award-winning director Vibha Bakshi offers us a peek into three neighbouring villages in the state where women are not only subjugated by a community run exclusively for and by men, but they are also slowly disappearing.

Although her intention was not to speak about female foeticide, the film begins in the streets where countless boys can be seen playing and not one girl child is in sight. According to a 2011 census, males outnumber females by 1.6 million in Haryana. Vibha and her crew discovered these realities on the ground, not through research, but through the sheer disbelief they felt when they walked into the community themselves.

Released in 2019, the film was inspired by the United Nations' HeForShe movement. It went on to win the National Film Award for Best Non-Feature Film and Film Editing at the 66th National Film Awards. Since this March, it has been screened across over 140 schools in Mumbai in person and virtually. On November 25, she delivered the keynote address at a UN forum which kicked off the UN Secretary General-led campaign UNite called ‘16 Days of Activism’ against gender violence. Over the next 16 days, Son Rise will be streamed for all UN agencies worldwide. 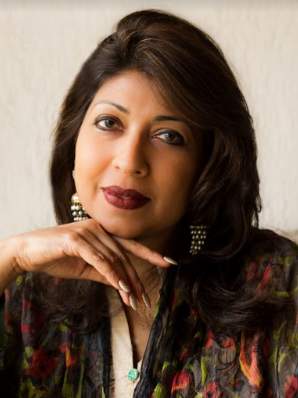 She says, "While the world is grappling with COVID-19, there has been a huge increase in violence against women and children. The UN secretary-general has declared it a shadow pandemic and it is critical that men become a part of this struggle to end gender violence.” In an attempt to understand the sheer impact of her work and how she hopes it can change the future of women in Haryana, we spoke to the director herself. Excerpts:

Why Haryana? There's lots of places in India that could have thrown up the same story.

I had just released my previous film called Daughters of Mother India and it had won a National Award. It was based on rape and gender violence in the country and at the time, we had access to the Delhi Police following the Nirbhaya case. I have understood that unless the police are gender sensitised, justice will not only be delayed, it will be denied. We were screening the police force in India, having covered 150,000 police officers. My last stop was the Haryana Police. It was during that screening that an activist came up to me and said that there was a farmer who had married a gang rape survivor in an arranged marriage. I was happily stunned given that I was sitting in one of the most patriarchal states. This is when I, along with my team, entered the hinterlands of Haryana and found him with the help of the police. People were ridiculing him for his decision to marry a rape victim. And I leapt in and said, Son Rise has been born.

The film does an amazing job of showing us how gender bias can lead to gender violence. Could you explain how you reached this understanding?

I never went out to make a story on female foeticide, I went in search of a farmer. My story was more about how this farmer took this decision and the challenges he had to face because of it. But when I entered the villages, I could not see the girls! The film starts with me asking the question ‘Teri Behen Hai’ to the young boys in the villages. And that is when we realised that there was a bigger problem. It was not something that we researched on, it all unraveled on the ground. What we realised is that with this bias, we play god. And you have created this extreme skewed sex ratio which has now led to unmarried men. The numbers were a shocker to us. Gender bias led to killing and assaulting by men who are frustrated and unmarried. This is how we found the farmer’s wife Kusum, who was a victim of gangrape herself. 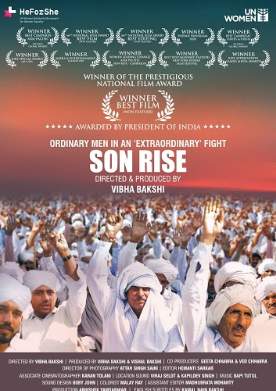 What did you learn from Kusum herself?

There is a reason the UN has chosen the film to be a part of the HeForShe movement. It is because Kusum has put the shame where it belongs. This is the game changer. The shame does not belong with the survivor. We had spent months just speaking to her husband and one day, she came to us on her own and said ‘The shame is not mine’. By unveiling, she has put the shame on the perpetrators of this heinous crime.And I still shake when I remember that moment. I knew she was going to give so much strength to so many survivors out there who are hiding, whereas the people who committed the crime should be the ones hiding.

That’s how we realised that there was so much violence happening because these men don’t know how to behave with women because they are running out of any. how we realised, found brides who were coming from Assam. Difficult to have them on camera. It was impossible. It was very hard to get brides to come in and speak.

The film is now being screened in schools across Mumbai. How great has the impact been so far?

We started screening with just 10 schools before the lockdown. And then, we got a lot of confidence that it was working. It’s always better to target the youth than to fix a broken man later. Then the COVID crisis happened and a lockdown was declared. We learnt that violence had increased in every home and I knew that this conversation had to happen right now, it is urgent and burning. That’s when we started the online screenings. And it has been a boon, because there is a wider reach. This way, we've also made it mandatory that students of 8th and 9th are accompanied by a parent.

It started at the University in Haryana with a student population of 170,000. After that, we moved to Mumbai starting with the The Cathedral And John Connon School. We asked the dean of the school to refer us to 10 more schools and she nominated a 100! I was extremely nervous when I saw the reaction at the screenings because this age group of 13-15 is a very tough age group, it is difficult to keep their attention. But there was not one cell phone in sight when the film was being screened. I got a standing ovation! For me, this is the biggest victory. No award can match the tears in the boys eyes when they said, ‘We just had no idea’. 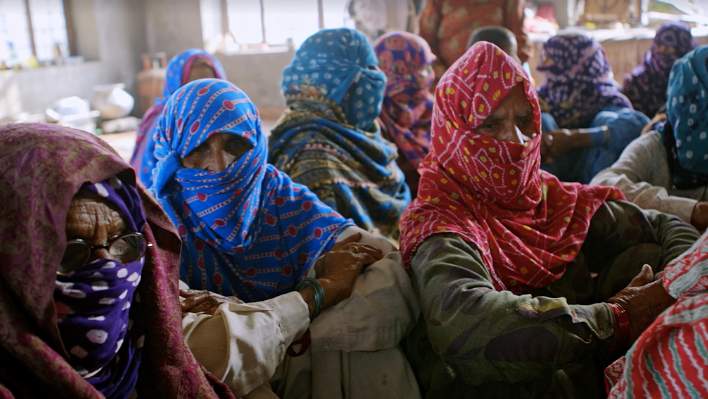 WOMEN WISE: The film is inspired by the UN's HeForShe campaign

As a filmmaker, getting people to open up about such a sensitive subject must have been a difficult task. How did you engage with the communities in Haryana?

It was a continuous learning journey and was one of the toughest I’ve taken as a woman filmmaker. For the first three months, nobody spoke to me. I realised that we've got to win the people over because unless they believe in us, this story is not going to happen. I actually open the film thanking the people in Haryana because they have been incredibly brave to have broken the silence.

A khap panchayat leader was one of the first people that I met. There were 14 men of the panchayat, and then there was me! I went just the way I dress in Mumbai, I wasn’t veiled or anything. For the first three hours, there was no conversation, they had a problem even making eye contact. And actually, I was equally scared. What I realised was that the fear was on both sides because it was the fear of the unknown.We were both carrying prejudices. That’s when something clicked and I said, unless I do this with a clear lens, this is not going to happen.

As soon as I cleared my lens, put my prejudices down and started interviewing him from his point of view, the conversation started happening. And over time, it became the most honest interview. He was frank enough to tell me that there was no place for women there. In the two years we spent filming, I saw this man change. We could see his moment of realisation coming and today, he is the biggest champion of Son Rise, screening the film across villages.