Abhinav Udupi's aspirations are very different from that of your average teen. He mentors, teaches and is a photography enthusiast too along with being an entrepreneur. Check out how he got here

Abhinav Udupi has his hands full at all times. If he is not teaching students older than him (he is just 18, you see), he is working on his IoT and AI-powered idea which will prove to be a relief for aquaculture farmers. But being an introverted and hyperactive kid, he quite easily directs his energies into multiple tasks. It all started at his school's annual Science fest back when he was in class VII. After having learnt concepts like IoT, AI, robotics and other emerging technology via the internet, he led a team of five who built a prototype of a solar-powered smart home. Abhinav's father, Atul Udupi, encouraged his son to teach all that he knew while he was in class IX and soon, he started teaching students older than him, graduates and even working professionals. Last we checked, he's taught about 3,000 students...and still going strong.

He is also a pro when it comes to electronics, circuits, hardware prototyping and more

Now, coming to that smart aquaculture solution he's working on, Abhinav tells us that back in 2017, he learnt that thousands of fishes meet their untimely death because of the polluted water that entered their ponds. "I even visited the National Fisheries Development Board just to gain more knowledge," says the Hyderabadi. This idea has evolved to a great extent now and what the teenager ideates is that with just one click of a picture, the tech will be able to tell aquaculture farmers how much yield to expect, incidents of disease outbreak and more. In fact, it was this idea that took the youngster to Bengaluru and then to Russia! "I was selected in the top 100 at the Atal Tinkering Labs (ATL) Innovation Marathon 2018. And I was a member of the delegation that went to Russia as part of Atal Innovation Mission," says the youngster. He even completed the Indo-Russian Deep Technology and Innovation programme at the Sirius Educational Center at Sochi, Russia. Impressed yet? Getting back to talking about his solution, he says, "We are applying ourselves to build a working prototype with sensors and data integration," he says. And this is what keeps him occupied now. 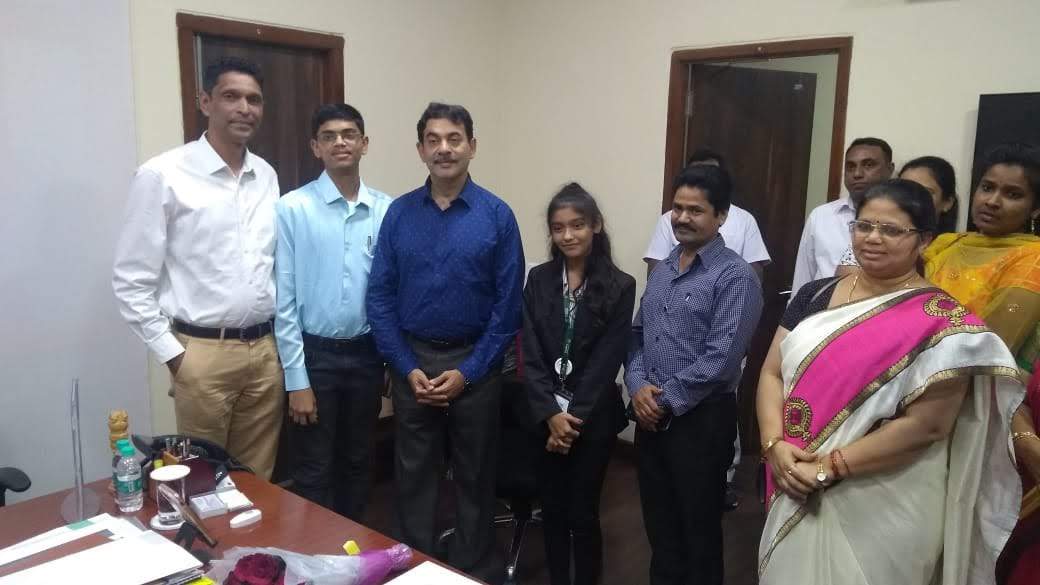 Abhinav's achievements don't end here. He helped set up two Atal Tinkering Labs in Telangana and has mentored five schools. "Even now, I continue to conduct online classes on a variety of subjects including app development, programming and more," he says. He even started Porus Innovation (PI) Labs as a hobby club where like-minded students get together and try to do a bit of everything, from carpentry to storytelling," shares the student of Johnson Grammar School ISC, where he helped set up an Atal Lab. "My core motive is to try and serve the farmers of India and to do so, I want to become an entrepreneur," he says and concludes.