Pooja Apte makes footwear out of scrap tyres through her sustainable brand Nemital. Here's why

Based out of Pune, Nemital employs local cobblers to make shoes out of upcycled tyres, thus reducing pollution caused by burning

When she was pursuing her post-graduation in Renewable Energy, Pooja Apte learnt a lot about recycling and upcycling of plastic, textiles and tyres. This got Pooja thinking about rubber tyres — a large number of which is discarded every day from large trucks, buses or cars. "Every year, 15 million tonnes of scrap tyres are generated worldwide. There are two methods to reuse that — recycling and upcycling. The recycling process, pyrolysis, which involves burning the tyres at very high temperatures, generates compounds like steel gauze, carbon black and oil. Although this is useful, the pollution created if this is not done in a controlled environment is more dangerous than the landfills that might get created if these rubber tyres are abandoned," Pooja explains. This got Pooja thinking about upcycling the tyres instead. And she launched her start-up Blink Green which manufactures footwear with a special range called Nemital for footwear made out of scrap tyres.

Based out of Pune, Pooja explains why she chose to go the footwear route with the scraps. "I knew that the final product that will be made from the tyres should have minimal contact with the hands or face. Therefore, footwear was the most logical solution to this problem," says Pooja. 'Nemi' means tyres while 'tal' means sole in Sanskrit. Launched in April 2019, Nemital's shoes had been in Research and Development for a while. Pooja began her journey by designing two prototypes — one made of truck tyres and another made of car tyres. "I hired local cobblers for the manufacturing," she says. 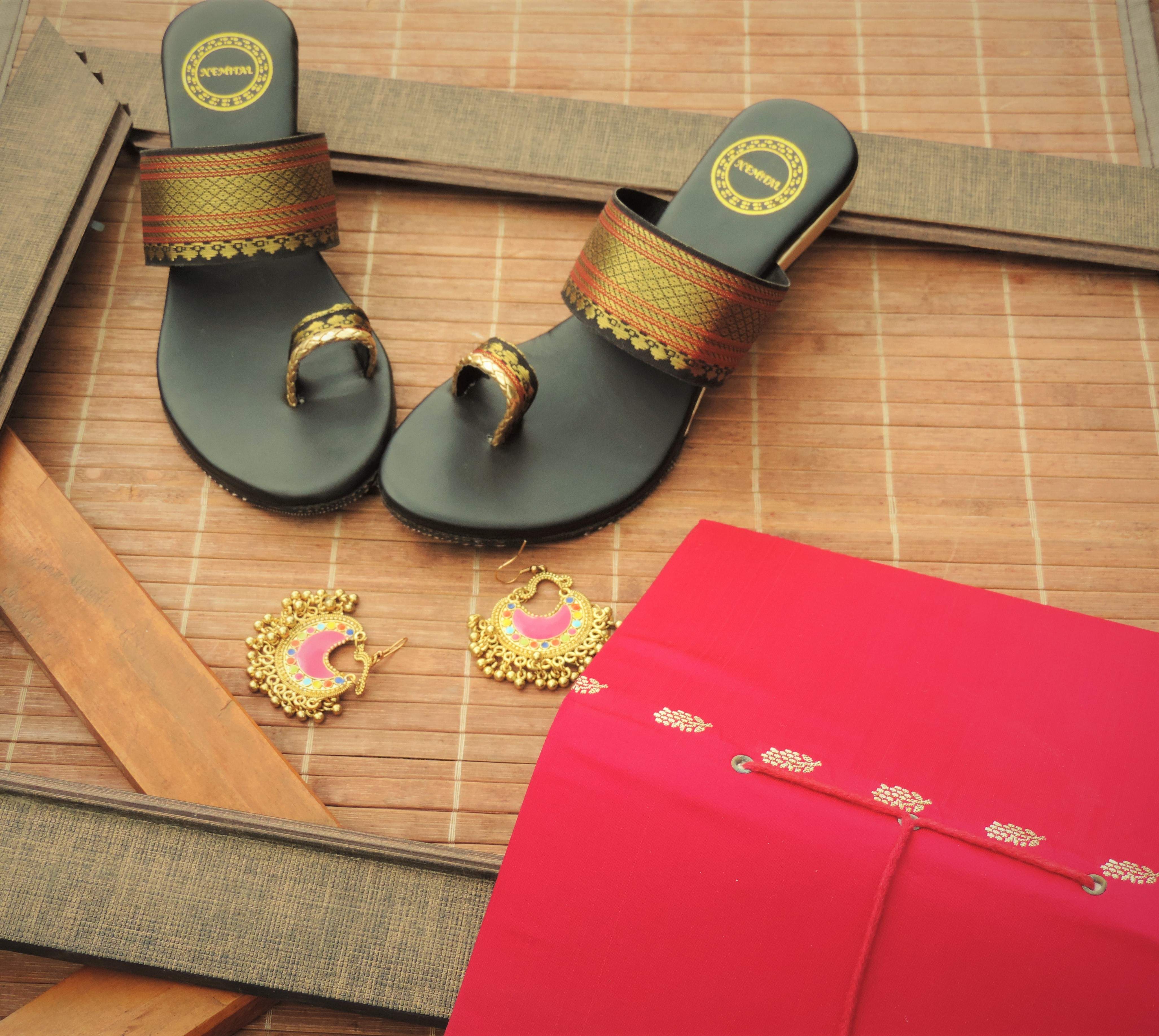 Pooja then went on to participate in Startup India Yatra with the two prototypes and ended up winning the Upcoming Woman Entrepreneur award for her innovative shoes. The `50,000 cash prize that she won eventually became the capital she needed to launch Nemital. "I began studying about footwear and the industry shortly after as I knew very little about it and didn't have any mentor in the business," says the 28-year-old.

Initially, Pooja made her shoes customised and to order. "We would use some cushioning material to make them more comfortable and recycle leftover scrap fabric from boutiques and design studios to make the top part of the shoe. But when we began bulk production in June, we began buying fabric as well," says Pooja, who is an Electronics and Telecommunications Engineer from Pune University. Today, Pooja and her nine-member team manufacture shoes of various types. They make Kolhapuri chappals, sandals, Oxford shoes, bellies, mojris and even high-heeled wedges! "Most of these shoes are for women but we also manufacture some shoes for men," says Pooja. And they are priced well too. "All our shoes range between `600 to 1,000," adds Pooja. 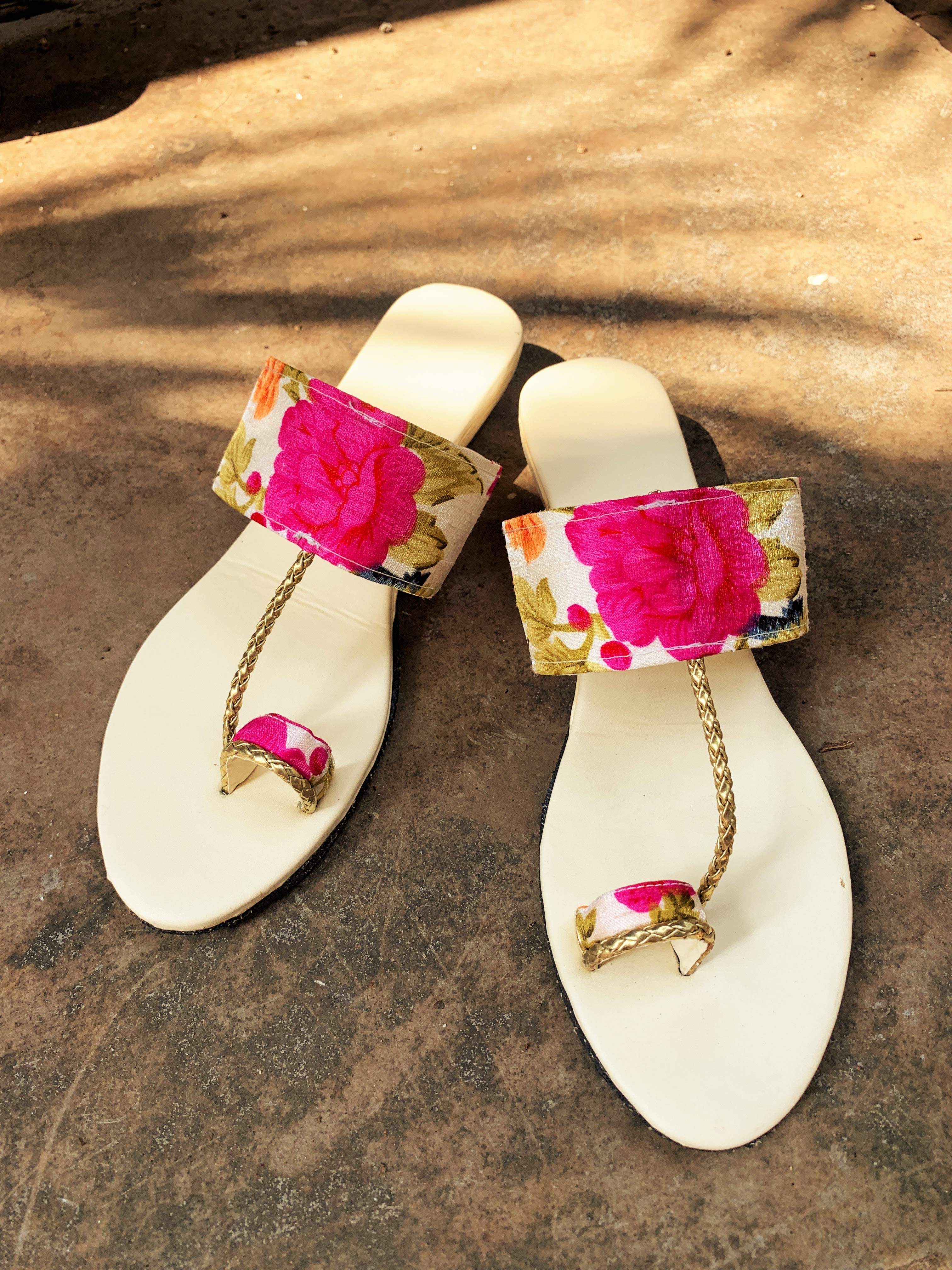 Nemital shoes can be found at the Blink Green store in Pune. Over several months, Pooja even participated in various exhibitions to showcase her products. "During the lockdown, our sales had reached zero. That is when we realised the need to launch ourselves online. In August, we launched the website and are now accepting orders online as well," says Pooja.