This was the mantra that Youth4Jobs adopted during the pandemic. Based out of Hyderabad and working pan-India, this organisation which works with the disabled continued to train and provide jobs

Who loves a good challenge? Meera Shenoy does. The same Meera Shenoy who identified the need for skilling long before it became a buzz word — in January 2005 to be exact. She helped establish Employment Generation and Marketing Mission (EGMM), India's first skilling mission. The same force of nature then went on to initiate Youth4Jobs (Y4J) in September 2014 to train and place Persons WIth Disability (PWD) in suitable jobs. Today, they have 27 centres in 18 states, they have trained over 23,000 PWDs and their placement rate is 85 per cent, among which 60 per cent have been placed in the organised sector while 15 per cent have found livelihoods in local markets. So, we couldn't help but wonder how she is taking the pandemic, a challenge the whole world is grappling with.

On the chin, as it turns out! 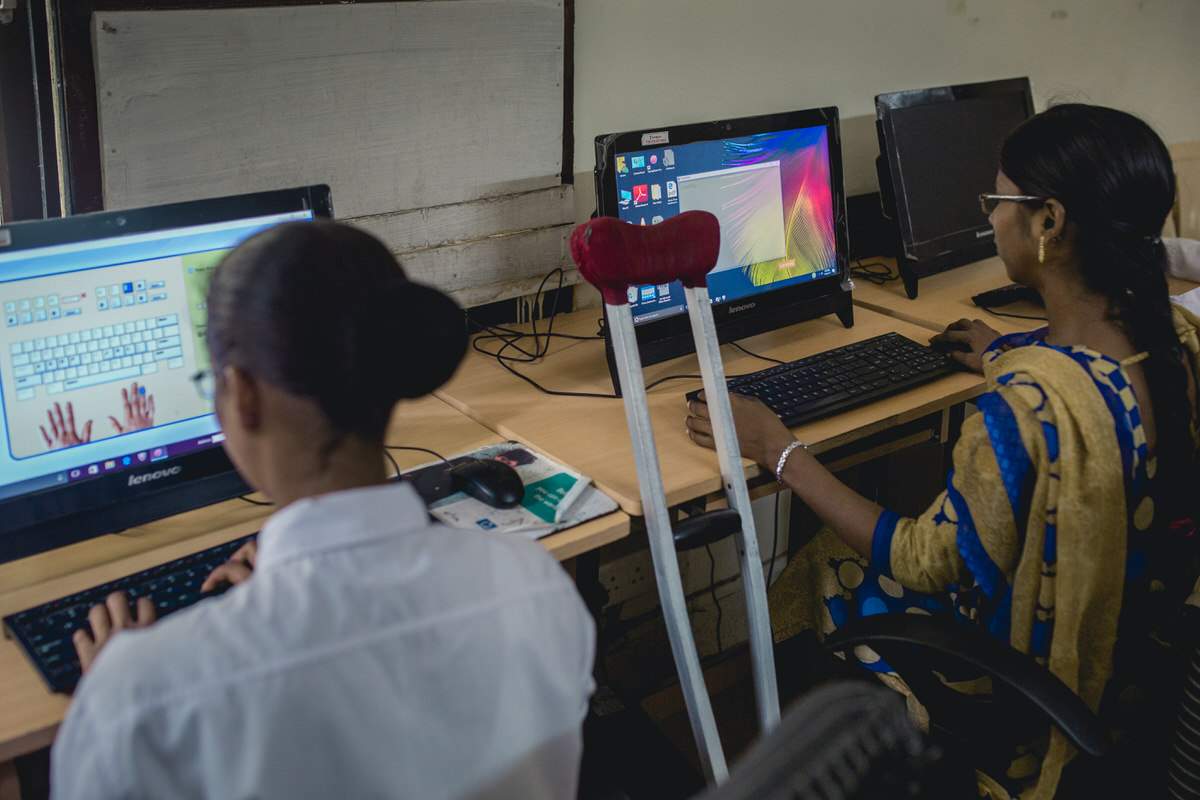 A promise kept
"When the pandemic was declared, we sadly had to ask the youngsters at our centres to head home. And since they knew that their parents, who were mostly daily wage labourers, would lose their jobs too, they asked us to make them a promise — that we will somehow continue our training," shares Shenoy, who hails from Chennai. One thing she understood very quickly, "Jobs meant more for these youngsters, especially in the times of COVID," she points out. So after quick consultations with parents as to how long the training should be, how they are going to conquer roadblocks like connectivity, low bandwidth and so on, they set the ball rolling for online training. So with the help of Zoom and Google Classroom, they quickly set up a working model to conduct online classes in 15 days flat! And the rest? They winged it. And the response, was "overwhelming".

When Shenoy realised that aspirations of youth were different from that of their parents, she started EGMM and with the first rural retail academy. They have over 200 centres

From 18 states, they went on to spread their digital footprint in 28, from the remotest corners of Assam to hamlets in Jammu and Kashmir, they were able to transcend boundaries like no other. And what they noticed was that more and more girls were enrolling for their training courses. "They would quickly finish their household work in the morning and join us for our afternoon classes. Even mothers would wonder what they are up to and their curiosity led them to interacting with our trainers. In a way, it has been their blessings and word-of-mouth that has helped our courses reach even more PWDs," she shares, on a happy note. More than that, 18 per cent of the enrollments were of people belonging to the Scheduled Caste category. The fact that they were reaching the most vulnerable communities among and already vulnerable community was very satisfying for Shenoy. But the challenge had just began. You see, training was just one part of it, the next part of the problem was jobs. Where are the jobs?
The jobs which were a hit with PWDs were BPOs, retail and hospitality — most of them had stopped enrollments. But if one window closes, another opens. In the same fashion, e-commerce and manufacturing opened up. "We had to reinvent ourselves again, and we did," says Shenoy, who pursued her MA in Philosophy from University of Hyderabad. In a scenario which has forced many companies and even NGOs to shut shop, Youth4Jobs continues to leverage a network they have built over so many years to find jobs, organise online guest lectures and continue to do the good work they have been doing over the years. This way, they have provided solid jobs to over 2,300 PWDs during this hopeless ongoing pandemic.

The whole reason Shenoy started Youth4Jobs was that working as a journalist had exposed her to the great divide between the haves and the have-nots even more and she was tired of writing about it — she wanted to create impact. "Even when we began, I asked myself two questions. What does India need? And how can we help youth with disability? About 69 per cent of our population resides in the rural areas. They are the ones who needed us the most," shares Shenoy, who has consulted for the World Bank and has been an Advisor for the Prime Minister of India on skilling. Today, Youth4Jobs is the largest organisation working for the young and the disabled in Southeast Asia and most probably, in the world as well. If you are a non-for-profit, the early challenges are very similar to start-ups. Like funding, building a team and so on

But Shenoy knows that the journey is long and tedious and it might have just began. "We have excellent legislation in place, I am talking about the Rights of Persons with Disabilities Act, 2016. There are reservations in the public sector, but it directs what private companies can do. But of course, the implementation of this legislation is the big question,” she reasons. Not just this, she advocated that, "All colleges should admit and support PWDs and in the same way, the youngsters should support and even mentor PWDs." Now that's a challenge. But by now, you probably know that Meera Shenoy never shies away from a good challenge.

They conduct accessibility audits and help recruiting people with PWDs. They have a whole lot of services they offer for recruitment. They are also a case study at the Harvard Business School

A word about their programmes
- Village Connect: Villages around Y4J centres mapped and the foot soldiers of Y4J reach out to opinion-makers in the village and implore them to enroll their young PWDs in their programmes
- Village Connect: WISE: After enrolling in the programme, which ranges from two months to 15 days, companies turn up at the centre and enroll the youngsters for entry level jobs
- College Connect: Started in 2017, they realised that PWDs in colleges are unable to get jobs either. Thus, this programme is specifically aimed at them
- Youth Connect VI: This is specifically for the visually-impaired. They help youngsters in enrolling for higher education or diploma courses
- Corporate Connect: They establish connections with corporates and help them with hiring PWDs on a regular basis 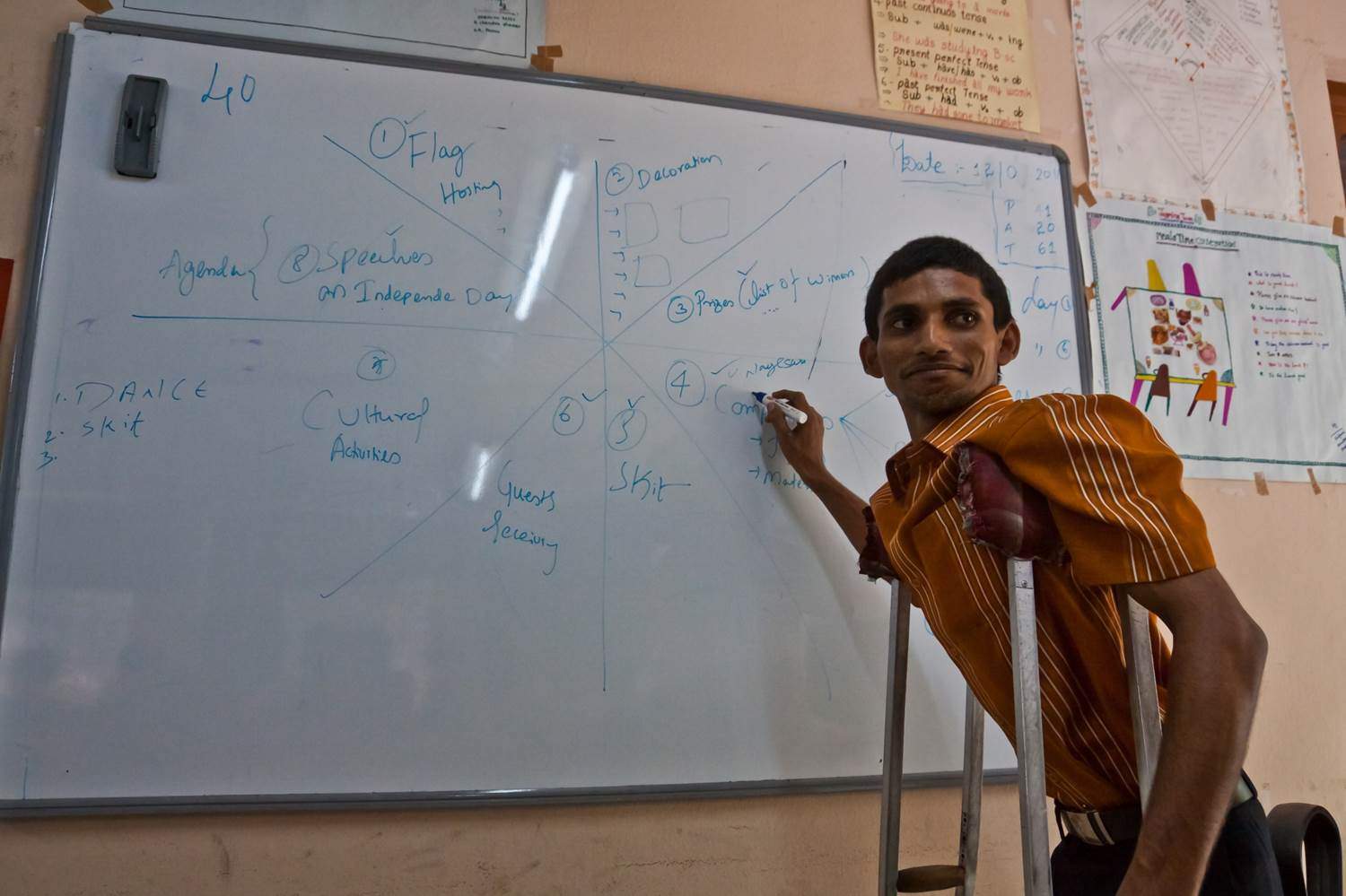 For more on them, check out youth4jobs.org