Ashok Gorre is a 17-year-old from Huzurnagar, a town in Telangana, who is at it when it comes to innovation after receiving accolades last year. All that he does he does for his own brethren, farmers

About a year ago, the relentless efforts of Ashok Gorre were recognised and encouraged by Minister KT Rama Rao. This acknowledgment catapulted the 17-year-old into stardom of sorts. The villagers of Huzurnagar, in Suryapet district of Telangana, would ridicule him whenever he would put hours and hours of effort into his inventions. 'Useless fellow' became the most common prefix attached to his name. But now, oh how the tables have turned. Appreciation is pouring in from everywhere, even from his village. "Now they look at me like I am some kind of hero," says Ashok with trepidation. Because encouragement is good, but what is even better is support. "I want to solve more problems but for that, I really need support," rues the youngster. In class VI, he participated in a Science Fair in school and won first prize. It gave him a certain confidence that really boosted his innovation quotient to the next level.

With his innovation | (Pic: Ashok Gorre)

Ashok won the first prize at the Students Engineering Model Competition organised at India International Science Festival 2019 organised by the Ministry of Science and Technology and Ministry of Earth Sciences in association with Vijnana Bharati (VIBHA) in Kolkata. Hailing from a family of farmers, and currently working in the fields himself, he was able to identify and relate to the kind of tough labour that goes into maintaining a farm. Thus, he invented a few simple yet unique tools — the count is at five now — which can help the everyday farmer immensely. His first innovation was a multipurpose hand tool for small farmers. It performs a four-in-one function like weeding chili and cotton corps, gathering paddy grains and dry paddy grass so that it is easier to make bundles and prepare the seed-bed for cotton and chili. About 17 farmers are using this low-cost tool which was hand-made by Ashok in a welding shop in his village. "I don't have a workshop though I know how to weld and can work other types of equipment as well," he shares. Similarly, he has made other low-cost equipment like seed-sowing tools, a mini tiller and more.

What enables Ashok to innovate so much and so fast is that he doesn't just identify the problem, he "feels it", as he says in his own words. Then he draws on paper what he sees through his mind’s eye. "But what I draw on paper almost always goes through so many modifications that the end-product and what I draw have no similarities at all," shares the alumnus of Devarakonda Vocational Junior College. It is also important to observe and know the technicalities that can help one innovate, he asserts. "Making the prototype is sometimes so simple, but making the working model is so hard," he says. The idea behind every innovation of Ashok's has been to make the life and work of farmers easier. "And when their effort on the field is reduced, that is what gives me true happiness. And I want to make them more happy by coming up with more such devices," hopes the youngster. 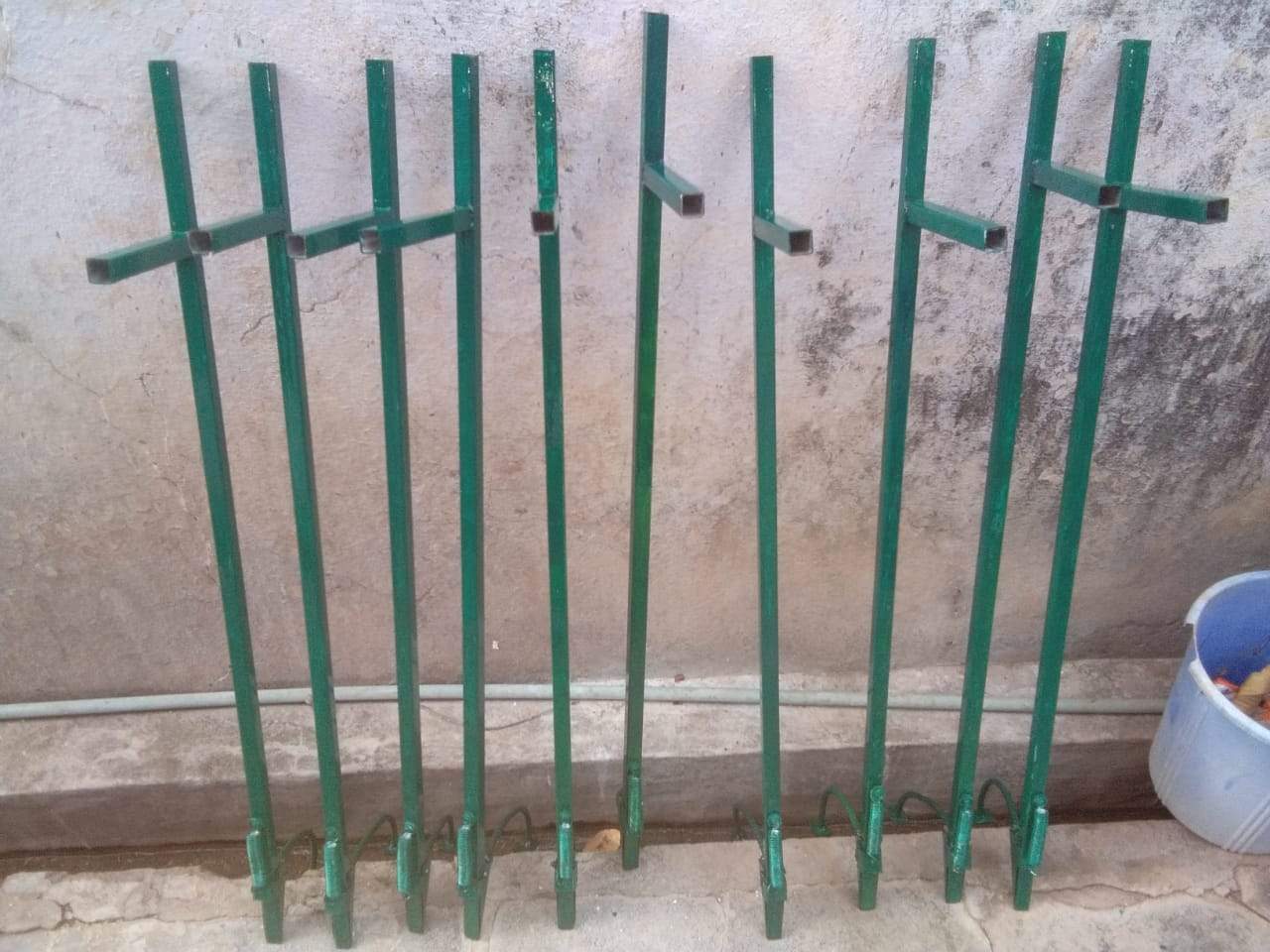 One of his devices | (Pic: Ashok Gorre)