EdExplained: Everything you need to know about super cyclone Amphan

Super Cyclone Amphan is headed towards Odisha and West Bengal and will probably move inward into Bangladesh. But this is not the first super cyclone this region has seen

The year 2020 is slowly but steadily making its way up to the top of the list of worst years we have seen. While the entire world battles the COVID-19 pandemic, India has another threat approaching its shores at a speed of 140 kmph. Super Cyclone Amphan is headed towards Odisha and West Bengal and will probably move inward into Bangladesh. But this is not the first super cyclone this region has seen — the 1999 Odisha cyclone that claimed 9,887 lives was the most intense recorded tropical cyclone in the North Indian Ocean and among the most destructive in the region. While the internet floods with updates on Amphan, let's find out what a super cyclone is and what the reports are actually telling us. What is a super cyclone?
When you put together a storm system, rotating rapidly with spiral arrangements of thunderstorms and rains, a low-pressure centre, very strong winds — what you get is known as a super cyclone. Super cyclones form over large bodies of warm water, like oceans, which helps them derive the energy from the water evaporating off the surface of the ocean. This water vapour condenses back into clouds and rain when moist air rises and cools to reach saturation point. Tropical cyclones are low-pressure systems that form over warm tropical waters and have gale force winds (sustained winds of 63 kmph or greater and gusts in excess of 90 km/h) near the centre. When the maximum sustained 3-minute surface winds are more than 119 knots, the low-pressure system is called a ‘super cyclone’ over the north Indian Ocean. Similarly, “super-typhoon" is a term used by the US Joint Typhoon Warning Centre for typhoons that reach maximum sustained 1-minute surface winds of at least 130 knots (65 m/s). This is the equivalent of a strong Saffir-Simpson category 4 or category 5 hurricane in the Atlantic basin or a category 5 severe tropical cyclone in the Australian basin.

In a statement, the IMD said the super cyclonic storm Amphan (pronounced as UM-PUN) over Westcentral and adjoining East-central Bay of Bengal moved nearly north-northeastwards with a speed of 14 kmph during the past six hours. "It lay centred at 0530 hrs IST of May 19, 2020, near latitude 15.6°N and longitude 86.7°E over Westcentral Bay of Bengal about 520 km nearly south of Paradip (Odisha), 670 km south-southwest of Digha (West Bengal) and 800 km south-southwest of Khepupara (Bangladesh). It is very likely to weaken into an Extremely Severe Cyclonic Storm during the next six hours. And, is very likely to move north-northeastwards across the northwest Bay of Bengal and cross West Bengal – Bangladesh coasts between Digha (West Bengal) and Hatiya Islands (Bangladesh) close to Sundarbans during the Afternoon / Evening of May 20, 2020, as a Very Severe Cyclonic Storm with maximum sustained wind speed of 155-165 kmph gusting to 180 kmph," said the IMD statement. 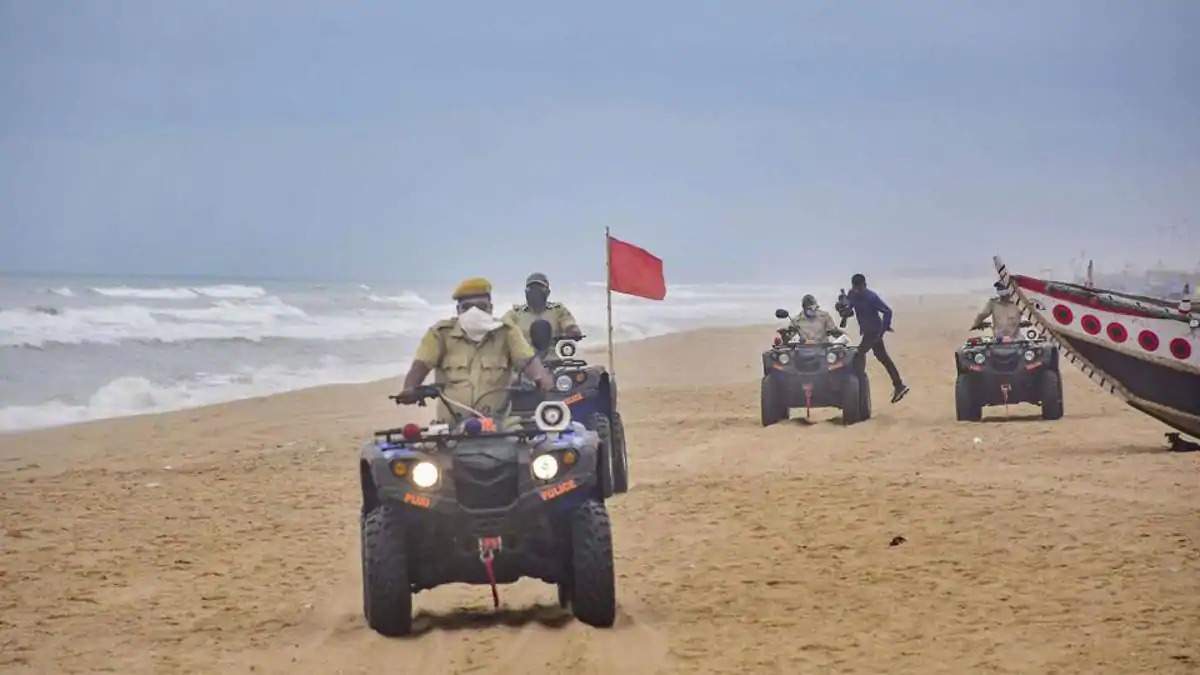 The super cyclone Amphan is now being continuously tracked by the Doppler Weather Radar (DWR) at Vishakhapatnam (Andhra Pradesh). Addressing a press on Monday, India Meteorological Department (IMD) chief Mrutyunjay Mohapatra said that Amphan was expected to make the biggest impact in South and North 24 Parganas and East Medinipur districts of West Bengal. Keeping in view the conditions, the IMD has advised a complete shutdown of shipping and boating activities in the vulnerable parts of West Bengal and Odisha till May 20. Rerouting or shutting down of rail and road traffic is also advised in the areas which the super cyclone is expected to hit. 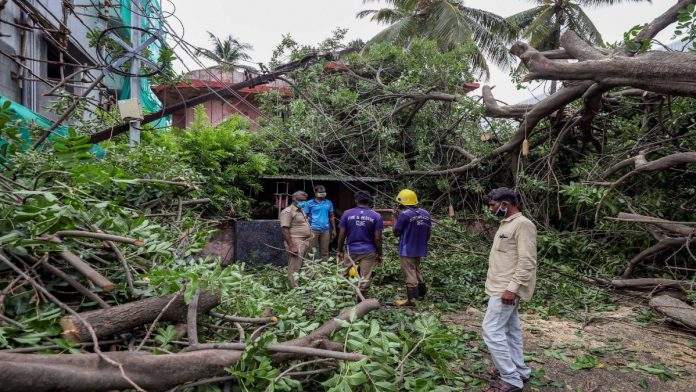 To provide instant help in West Bengal, a total of 19 teams of National Disaster Response Force (NDRF) are deployed, and four teams are on standby. In Odisha, 13 teams are deployed and 17 are on standby. While some NDRF teams are in the area, some are in transit. The weather agency has issued an orange alert for coastal West Bengal and Odisha, where it said widespread damage is expected.