A friend of mine, whom I cannot name, was kidnapped by four men in Chennai, begins transgender activist Kalki Subramaniam. "She's a sex worker and these men were her clients. They did not ask for her consent, but instead picked her up and pulled her inside their car. For four days, they held her in a bungalow where they raped her repeatedly and forced her to do household work. When they let her go, she didn't go to the police. There still exists a stigma that says that it's okay to harass a sex worker. She told us that's the only thing she could do. This is just one story out of a thousand that we have. These unsaid stories have to be heard."

The founder of the Sahodari Foundation, which provides counselling and support to underprivileged transgender women was speaking about the need to hear transgender stories and the reason why they launched The Red Wall Project. All too familiar with the stigma surrounding sexual identity and sex work, Kalki decided that these stories had to be documented before society swallowed it whole. Along with her team, she interviewed thousands of transgender individuals who had been victims of violence, harassment and bullying to collect their first hand accounts. 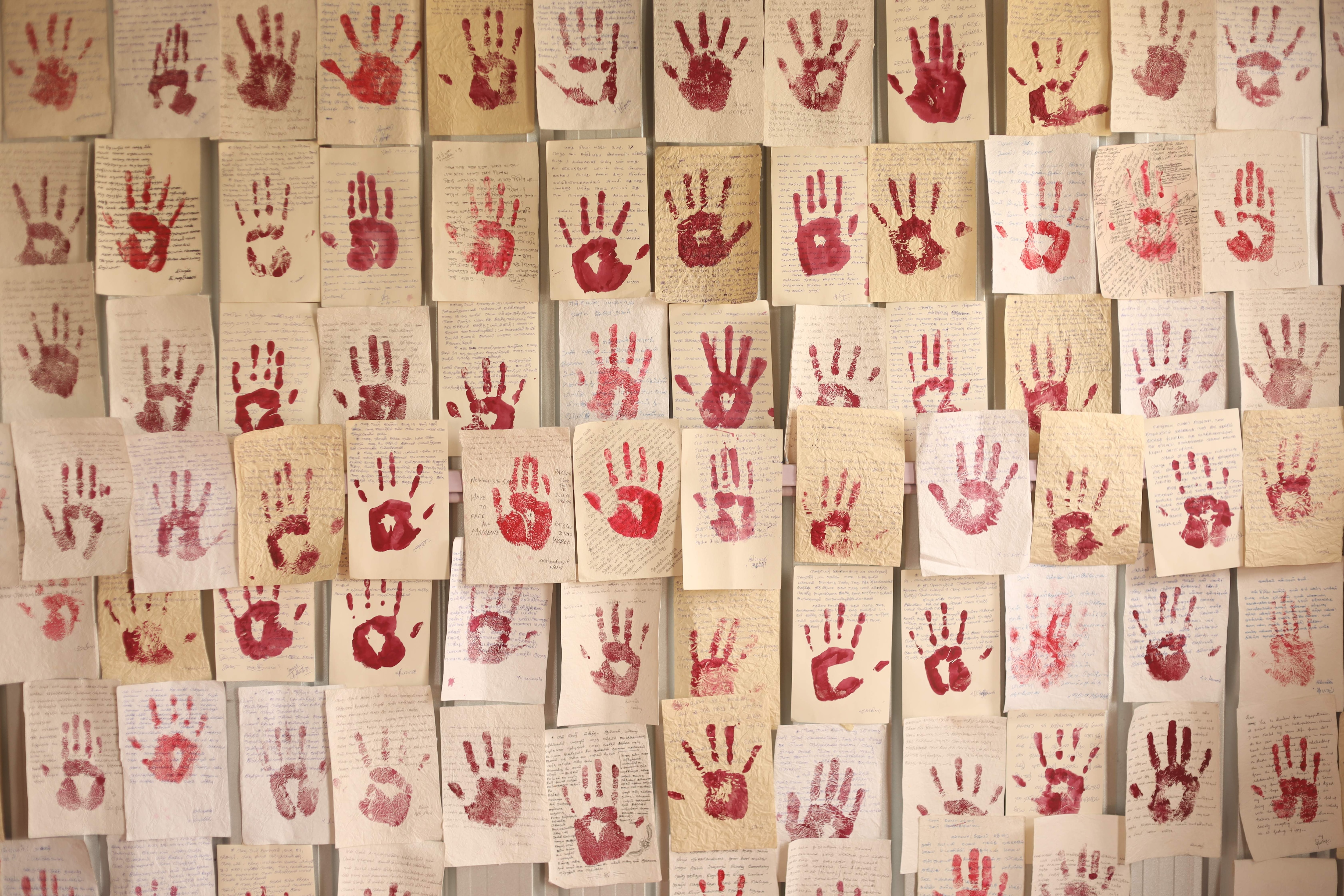 Those who could not write had their testimonials written for them. Then, their palms soaked in red print were imprinted on the story. Her team, including Soundarya Gopi and Kanchana in Tamil Nadu and Shreekutty Namita in Kerala interviewed hundreds of trans individuals across Kerala, Andhra Pradesh, Tamil Nadu, Puducherry, West Bengal, Uttar Pradesh and Delhi. They were then displayed in colleges and universities where students and professors were invited to listen and read the stories and understand the experiences in addition to performance art and poetry films on the same subject.

"We have testimonials coming from all over the country. The project is getting bigger and bigger. You can say this is an art installation and a public social art all at once," says Kalki. "This is a powerful way of bringing these powerful stories to people without revealing their identities. I think transgender people have been victims of bullying, harassment and violence right from our childhood. I myself am a victim of that. We all suffer from the same psychological and physical trauma. This is an attempt to give this community the justice that it deserves." 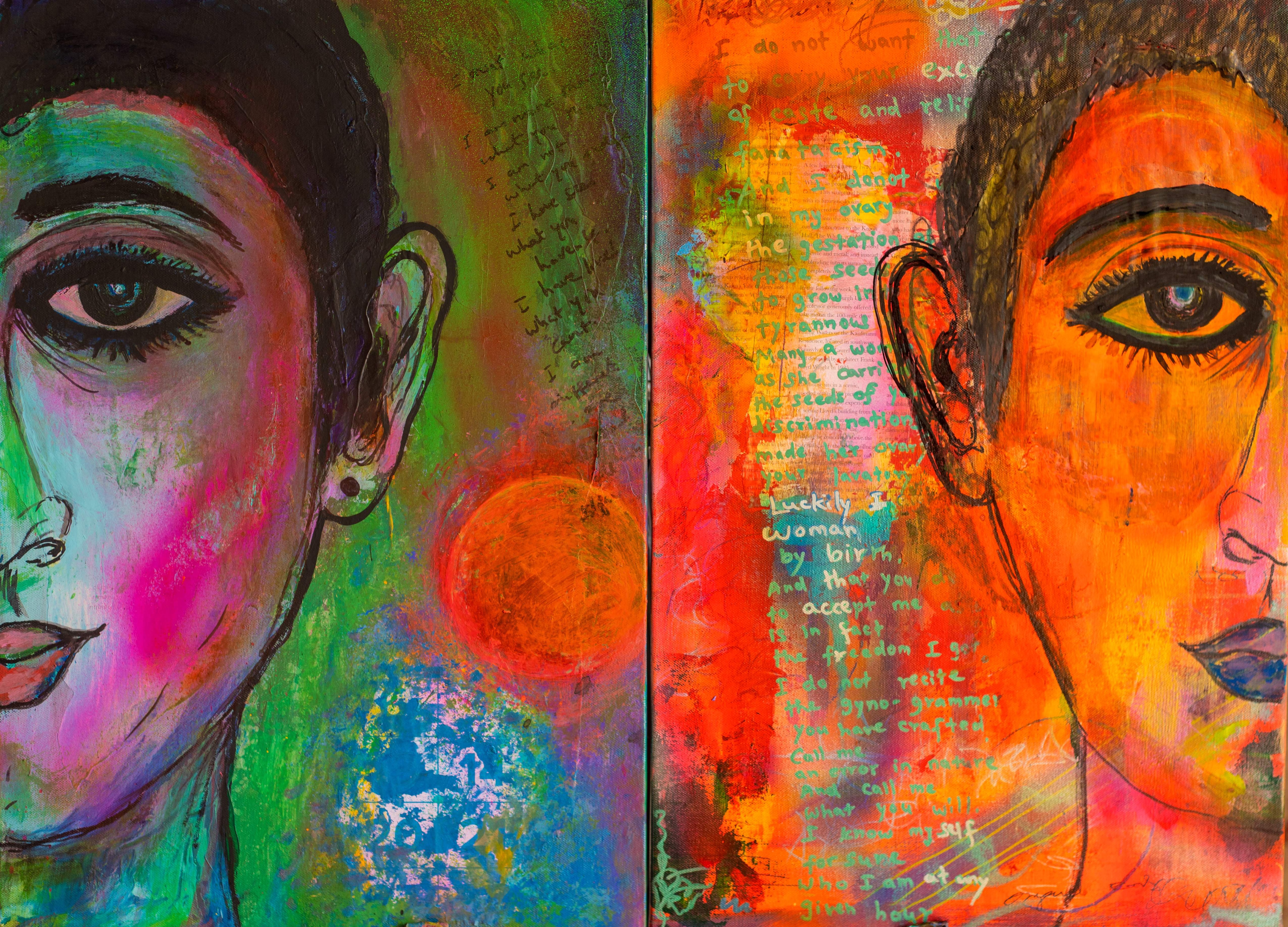 The Red Wall Project is building up to become a worldwide movement. With violence against transgender individuals on the rise, Sahodari hopes to partner with international organisations to introduce it in other countries once the threat of the pandemic has passed. They also plan to use Augmented Reality as a powerful tool to get the community's experience across. The idea is to use videos, pictures and listen to the person who has written the testimonials to bring the public as close as they can get to the pain and suffering.

This has the power to influence an entire generation, Kalki says, "It is teen gender-diverse children who actually face the most bullying at school. This is because we don't have proper education on gender and sexuality at school. The violence starts there, so we need to have a curriculum at school which educates our children that it's okay to be gender diverse, gay or transgender. Each body deserves respect." The Sahodari team is building a wall around hate — one story at a time.