What does sexual identity look like in an actor's robes? As a theatre commentator and writer for the past 10 years, Vikram Phukan has often found it ill-fitting or sloppy at best. Last year, he set up Theatre Jil Jil Ramamani to tell his own stories. The idea was to stop underestimating the average audience. Thanks to the recent digital boom, people everywhere have been exposed to an unfiltered world of stories. And Phukan refuses to assume that people are not ready for stories that tell the truth, he prefers to seek out his audience.

"I am queer," he says, "It's not something that I necessarily wear on my sleeve, I try to figure it out from character to character. You can't be apologetic about who you are. I try to avoid a lot of victimhood narratives or testimonials about oppression. Some of the themes I explore are shared experiences that need to be fleshed out sensitively. What happens when you speak about social issues is that it tends to veer into activism and I've tried to limit that activism to personal expression. So you can experience the interior world of a character rather than the political articulation of it. And that's what I'm interested in." 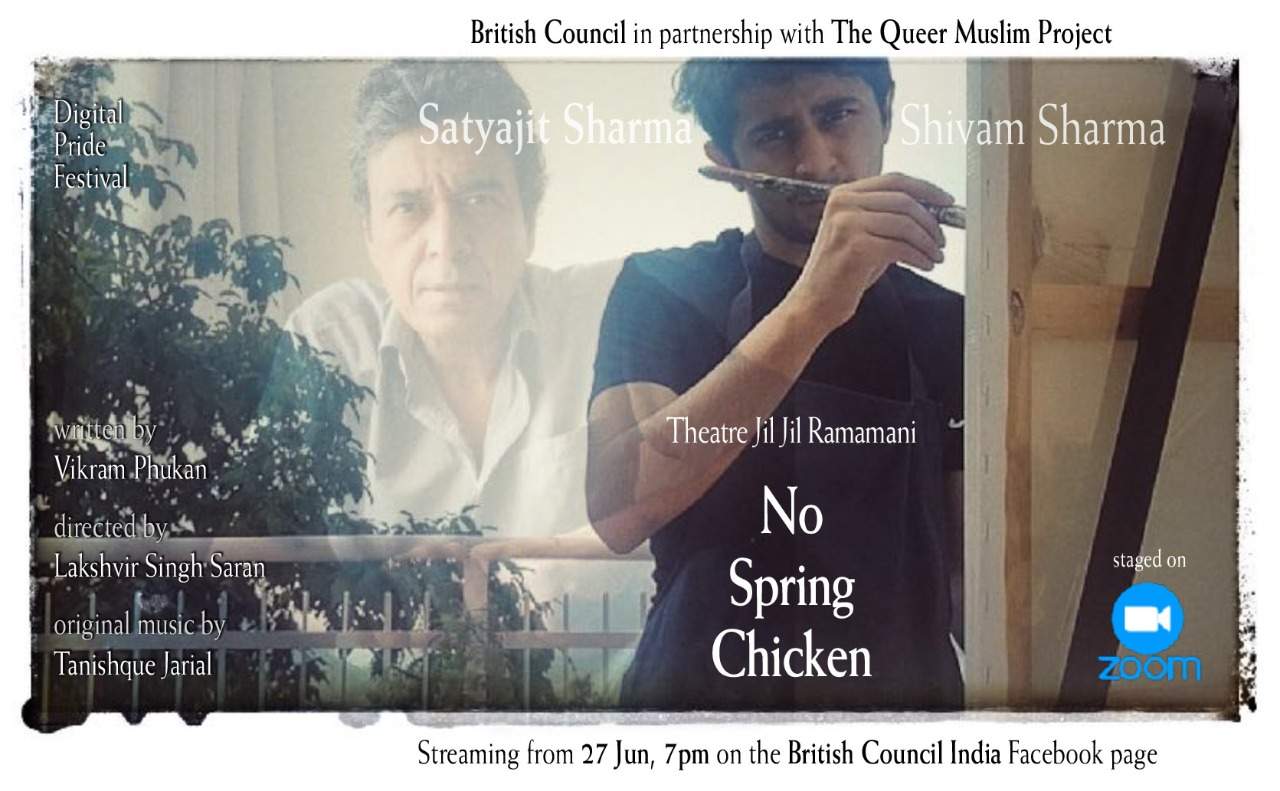 FAST TRACK: The play was completed in the span of 10 days

And sexuality is something that has come up in the theatre's last few productions. However, the stories they tell are not a monolithic. Here, they explore queer characters who have lives of their own within themes that are not necessarily about sexuality. A month ago, Phukan dipped his hands into doing productions over video-conferencing app for the first time through Haiku in a Bun which depicted a family dealing with bereavement as they log in from different parts of the country and respond to their mother's passing. When the British Council's Digital Pride Festival called for stories of cross generational interaction, they decided to explore the format further.

This is when the concept behind the play No Spring Chicken was born. "It is about a university professor who is forced to out himself in the face of bigotry," says Phukan. "It is certainly about the aftermath that he is dealing with but it is more about his conversation with a young artist who is painting a portrait of him as they converse. It is for the first time that he is speaking to someone else from the same community, he's never reached out to other gay people in the past. It results in a moment of catharsis that two kindred spirits share because they are going through the same thing. We've tried to bring that out subtly within a Zoom environment. The artist is creating a portrait as they speak."

Phukan says, "Since it has a university professor involved, it can be compared to the case of Professor Ramchandra Siras from Aligarh Muslim University who was the victim of a conspiracy of sorts. This is a very different case because it is more of a question of identity. It is the professor's self avowal saying that he is queer or gay in a public forum, we don't necessarily get into his private life."

The play was completed in the span of 10 days with actors, rehearsals and preparations coming together in the days leading up to their performance. It is set to premiere at the Festival on June 27. Directed by Lakshvir Singh Saran, the play is performed by Satyajit and Shivam Sharma based on Phukan's words.