Deepak Reddy's short film Manasanamaha is making the right noise in films festivals and the Telugu film industry. It is shot perfect technically and is a sweet love story that will touch your heart

After Hide and Seek, a short Telugu horror film that earned director Deepak Reddy lots of acclaim — including a phone call and a whole lot of appreciation from fellow director Sukumar Bandreddi (known for Arya and Rangasthalam) — it is his recent rom-com Manasanamaha that is winning hearts. This time, he also received a call from Radha Krishna Jagarlamudi (best known for Manikarnika: The Queen of Jhansi and NTR Kathanayakudu). If Hide and Seek won him the opportunity to be Sekhar Kammula's Assistant Director on the 2017 Sai Pallavi-starrer Fidaa, we wonder what Manasanamaha will fetch him.

The 28-year-old shot Manasanamaha back in 2019 but between running his own distribution house — Weekend Cinema — and starting his own production studio — Kala Mediaworks — with a few friends, he just couldn't find the time to work on the post-production of the short film. "Actually, Manasanamaha was supposed to be a prelude of sorts for my feature-length film. Many people advised me against it but I went ahead and released it on March 28 anyway," says the Kurnool-born director. And it was a good thing he released it when he did because it won the title of Best Film at the CKF International Film Festival, seven awards at the New York Movie Awards and a few at the Independent Shorts Awards as well. 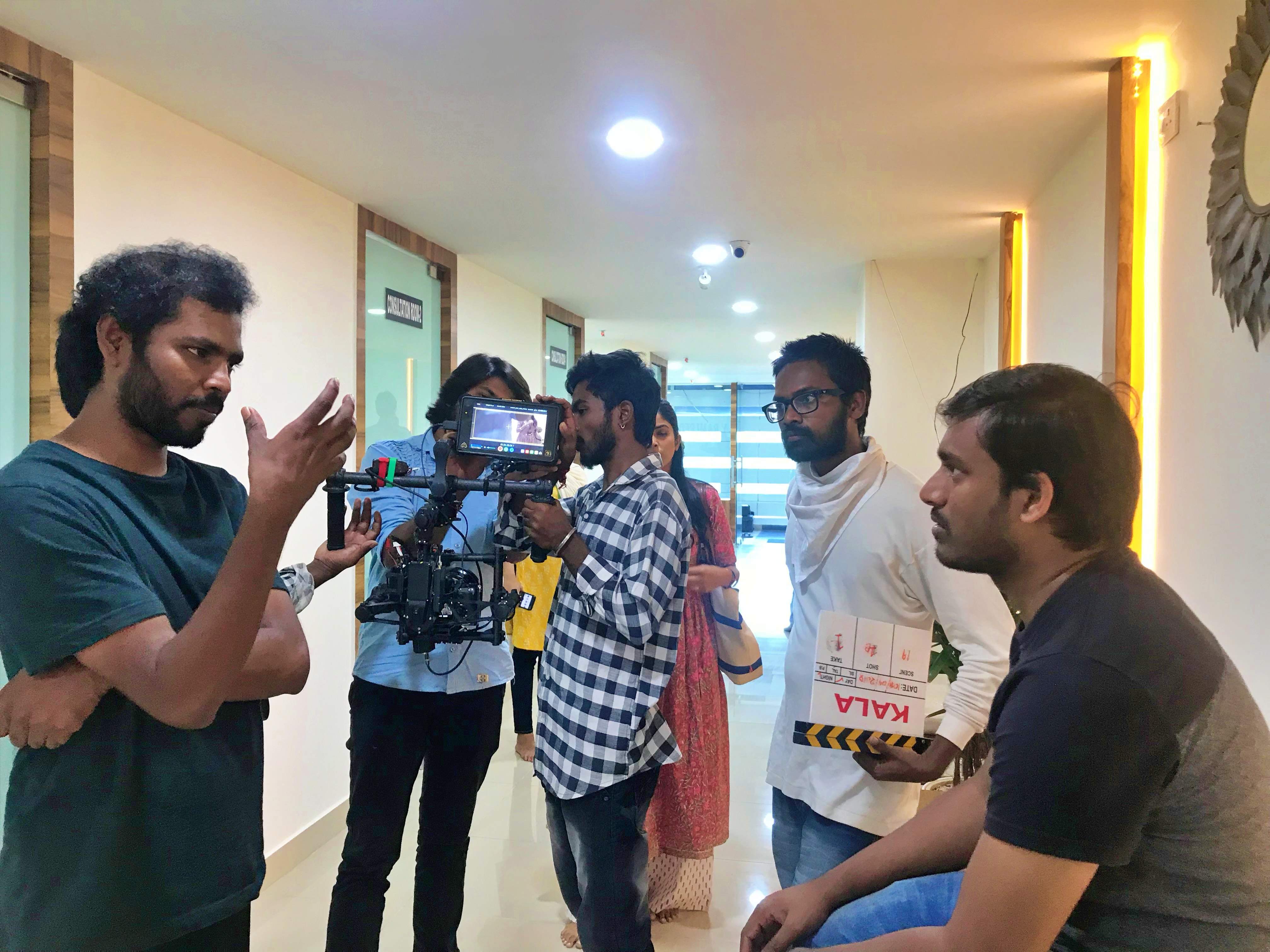 Helping us understand why this simple rom-com won so many awards, Deepak, who pursued his Master's in Industrial Engineering from the University of Houston, says, "Just because romance is a universal emotion and the story is the same, it doesn't mean it can't be told using new techniques." Slow-mo, flashbacks, animation, first person point of view (POV) shots and peppy music — the Hyderabad-based director has used many techniques to keep the viewers hooked to an otherwise simple love story told in a little over 15 minutes. It was shot in Chai Kahani, Sainikpuri and many other locales. They even built their own helmet rig, a type of camera rig, to shoot the POV shots.

Deepak feels that he has come a long way, from his parents being apprehensive of him pursuing a career in Tinseltown to now, being not only accepting but encouraging too. "I have always been fascinated with movies and it is mostly by watching world cinema that I am now able to deliver," says the youngster who shot Manasanamaha in five days flat with the help of his friends. "Honestly, I just wanted to showcase my style of storytelling," he reveals. Currently, the ambitious director is working on the script of his feature-length film and is in talks with various producers who are willing to invest their money on him. This, readers, is what Manasanamaha has helped him achieve. For more on him, check out facebook.com/deepuzoomout