Check out this start-up's IoT-driven cooking machine that can cook 20 types of sambhar, rasam

The name Buchuk is derived from buchuki, a Telugu term of endearment used for children. The founders wanted a catchy name for their unique device which stays with whoever hears it - at one shot

Lockdown maketh a masterchef, or at least that's what I gather from social media. But what if there was a device that could spare you from cooking? All you have to do is place vegetables in it, select a recipe, and sit back and wait. Cool, right? Well, you don't need to wait for someone to invent it 'cause it already exists and it's got the most awesome name — Buchuk! And it was brought to the realm of reality by Hyderabad-based entrepreneurs Amarnath Jammalamadaka and Subrahmanyam Kosuri. "When I was in Indore (for a job), I used to crave South Indian food, but to no avail. That's when I floated the idea of the device with my current Co-founder and CTO Subrahmanyam who was an Assistant Professor back then," explains Amarnath, who was born in Machilipatnam, Andhra Pradesh. 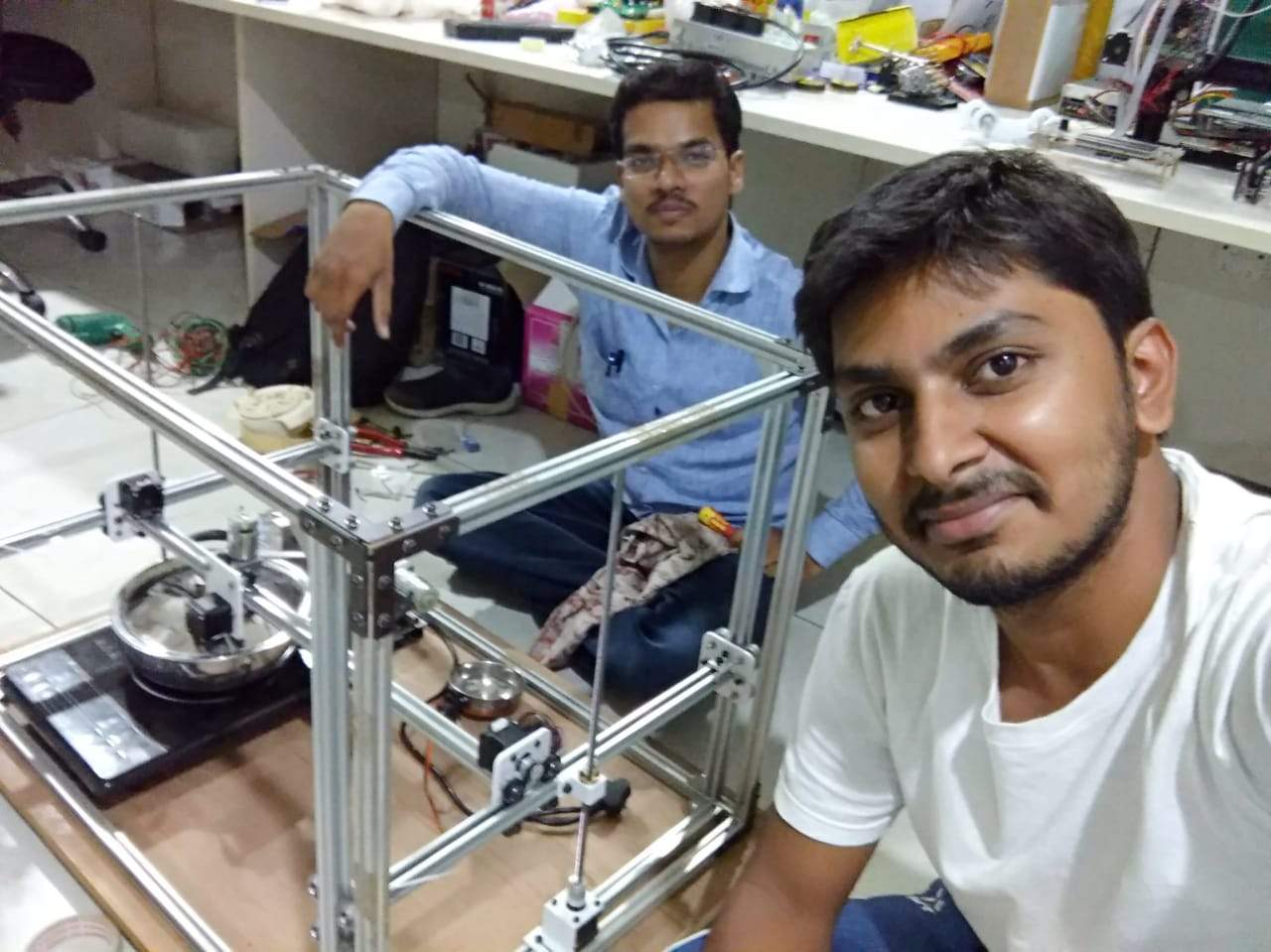 The device is the result of the hard work the duo has put in since 2016. It can whip up around 10 varieties of dal, 20 varieties of sambar and rasam, and has a repository of over 50 recipes. What's more? The AI-enabled device can detect when you've missed adding an ingredient. Oh wait, there's more! Because it is IoT-controlled, you can even command it to whip up dinner while you're running late at the office so that you can get home to a hot meal. There are different compartments for spices, condiments, veggies and such. Select a recipe from their bank and leave it to the machine to do the hard work. "It'll also tell you how many calories the dish contains and other nutritional information," says Amarnath, Buchuk's CEO. While they've already received over 250 inquires, including ones from the UK and Canada, and some pre-orders too, we'll have to wait before the product hits the market as they're waiting for their patents to come through.

Another innovation in the pipeline is a virtual marketplace, where stay-at-home-mums who have mastered certain unique recipes can post them on the platform and those looking for new recipes can purchase them. "Recipes will start at a nominal price of Rs 30 and go up to Rs 200. About 80 per cent of the amount will go to the owner of the recipe," shares Amarnath who pursued his Executive MBA from IIM Calcutta. Team Buchuk have made their own 3D printers, they have three of them now at their office in Kukatpally, to manufacture the device. Priced at Rs 30,000, the device can be connected to the WiFi and is low on power consumption. It cleans itself, makes a mean gajar ka halwa and currently, whips up lunch for their employees every day. "If you are looking for a demo, just drop by," says the youngster.

Points to note
- The first prototype was ready in 2017 and the first dish they tried was a potato curry
- It cooks quantities for four people
- It is available on an EMI of Rs 2,250 per month
- They aim to launch the device by 2021 For more on them, check out buchuk.in