Hailing from Nagda in Madhya Pradesh, Kabeer is giving back to his village by running a free school for the poor, taking free coaching classes and now, actively helping people deal with the pandemic

If there is ever living proof that education can help kickstart, uplift or even drastically change not just a person but a whole village, then Kabeer (who doesn't use a surname because his fight is against caste discrimination) would be it. Born in the town of Nagda in Madhya Pradesh, he managed to complete his class X from a government school and passed with distinction, completed his plus two in Aditya Birla Senior Secondary School on a merit-based scholarship, pursued BSc from Delhi University via the sports quota and completed his MBA from Pandit Jawaharlal Nehru Institute Of Business Management. He overcame many roadblocks, including those that were financial, religious, caste-based and even child marriage in the pursuit of education. He worked in a call centre, worked with a corporate company and did many part-time jobs in between.

But despite all of this, life left him with a sense of dissatisfaction.

Education is the answer
Searching for answers, he turned homeward. It helped when Kabeer went back to his hometown in 2016 and started teaching underprivileged children for one and a half hours every day. And then, he realised that there are more children that could do with this help. That's when he took over his cousin's school, Nagda International Public Nobel School and resolved to make providing education his purpose. "I was educated but who else was benefiting from it? A labourer's child from my village was still growing up to be a labourer. There was no change. I wanted to put my education to good use and bring about a change," says the 29-year-old. 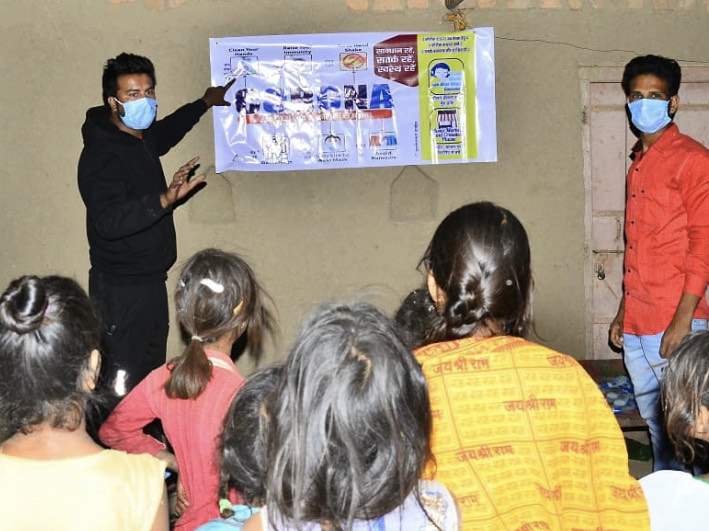 Putting everything into it - cows and all!
And with that in mind, he also started Tedhi Lakeer, his initiative in the realm of education. Under this, he would visit homes of minority, dalit and underprivileged families in a bid to convince their parents that their children needed to study. "Their parents would ask me what would happen to the income that the child gets through minor jobs and how they will be able to afford their fees, books, bags and so on. I said I won't be able to help them on the income front, but will provide education, midday meals, books, bags, shoes and everything else in between for free," says Kabeer. He was able to offer this because he had about Rs 12 lakh saved up from his previous jobs. He also purchased two cows and sells milk, gobar, khad and so on which helps him earn anything between Rs 12,000 to 20,000 every month. Today, the school, that has classes from nursery to class VIII, has about 100 children, six teachers and is functioning as smoothly as it can.

One man army
But this is not all that Kabeer does. He cooks the midday meals himself, alternating between poha, dal chawal, pulao and so on. After school ends at 2, he visits nearby slum areas with the remaining food and distributes it there — along with teaching some lessons there. He also runs coaching classes from 5 to 7 pm in the evening and in the early mornings. Recently, he started teaching widows and the elderly thrice a week. He teaches them basic English, reading and so on so that they can claim their pension, avail government schemes and are not scammed into fraudulent schemes.

Clearly, he is doing a lot of good.

But not everything is going down well with everyone in their upper caste-dominated village. Labourers are now fewer in numbers and there are two private schools nearby who are losing out students to his school offering education for free. "There are labourers who have left jobs and started taking up easier, independent jobs like vegetable-selling because their sons are educated and have decent part-time jobs. Obviously, this is not going down well with the employers. There are many instances like this that have started bringing about a change in the village," explains Kabeer. But he has also been receiving a lot of support from villagers, love on social media and donations from near and dear ones, which keeps him going. 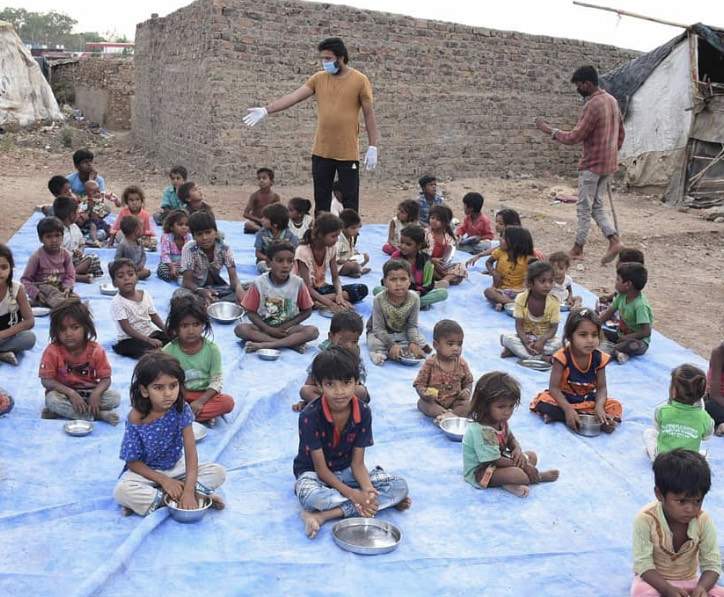 For COVID-19 relief, Kabeer distributed ration to 3,000 people and will start his seventh-round of distributions soon. He has distributed 4,000 sanitary napkins as well along with sanitisers, masks and so on. "Actually, I had started spreading awareness about washing hands, social distancing and so on back in January, when the scare had just started to become mainstream," says Kabeer. Now, with schools closed, this is what is keeping him occupied. Along with the drinking water facility he is trying to get installed in sum areas.

For more on them, check out tedhi-lakeer.com