If it were anyone else, would the migrant exodus, the economic slowdown, the CAA-NRC issue and the Delhi riots not put then in front of question from the electorate. Is Modi above that?

Prime Minister Narendra Modi is popular. There is not an iota of doubt about that. He won the General Election 2014 on the strength of a strong campaign coupled with an anti-INC sentiment that was rife — and, of course, Ab Ki Baar Modi Sarkar did have a nice ring to it. He is still as popular, if not more, as he completes the first year of his second term and global surveys are testament to this. But it's not like the Modi government has got everything right in the last six years. The blunders, however, fail to sully Modi's popularity — the economy has been in a tailspin for the past year much before COVID-19 hit us, unemployment rates have consistently increased over the last term, the abrogation of Article 370 and the subsequent lockdown of Jammu and Kashmir, the CAA and NRC issue and the protests that followed, the Delhi riots that showed the communal polarisation that still rears its ugly head from time to time, and then very recently, the migrant exodus and the deaths of those walking hundreds of kilometres back home —  nothing has dented to a very large extent the larger-than-life figure that is Narendra Damodardas Modi. At least to India's social-media savvy, upwardly mobile youth. There will always be detractors and opposition, but the numbers often pale in comparison to the legions of fans. 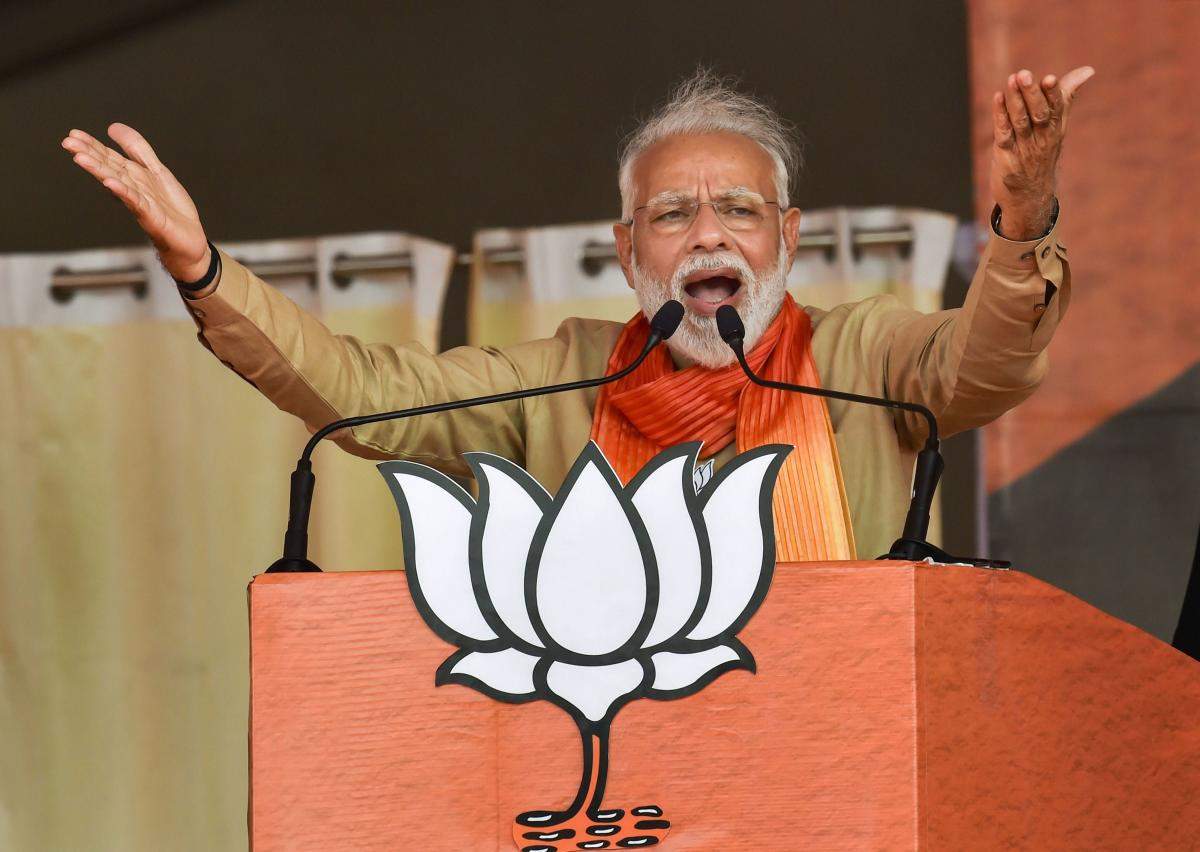 Imagine any other political leader in his place. Would they be as comfortably popular with a series of 'mistakes' following them? Probably not, not even if it was a leader from the ruling party, said Ramanand Pandey, a researcher at the Centre of Policy Research and Governance, who works on policy research. "Modi has captured the imagination of the people. And the opposition has also played a major part in it. Whether to criticise the government or to talk about any of its mistakes, the opposition has only put Modi on the stand. So, he has been in every bit of political news that people consume, be it for or against the BJP or the government. For the past two to three years, the opposition and some power groups have been bringing up Modi's name in every aspect that they are discussing. So he is part of the discourse in one way or the other," added Ramanand.

Not just India, but the world has been increasingly leaning towards conservative and orthodox politics for the past few years. A crisis like COVID also amplifies the polarisation. The socialists and liberals have not been able to find solid enough ground to break his image yet and their lack of presence has also helped keep the PM's popularity quotient as high as it is. "To challenge or bring an alternative to the picture you need an opposition. Over the past few years, the opposition has been disseminated. His (Modi's) popularity is based on the unavailability of good opposition. The opposition has been ridiculed, challenged and been made into a comical entity. This is fuelled his popularity as well," said Dr Harish Wankhede, Centre for Political Studies, School of Social Sciences, Jawaharlal Nehru University. "People are angry. But what will a common man do but seek an alternative? Now he has no other option. No other leadership. The masses always need a leader to guide them. They don't have one who can address their anger and get them justice," he added. There is a serious vacuum when it comes to the opposition, and coupled with that, the inability to portray an alternative pan-India image has helped Modi's popularity and stature remain as it is. Praket Arya, a researcher at the India Foundation said that the exceptional management of the PM's image has been constant. "In spite of all the issues, his popularity is not really taking a hit as such as most people would presume it might. There are a lot of reasons for that. Particularly, how the BJP machinery is operating is an important reason. Secondly, there is a vacuum in the place of the opposition — at the grassroots and the village levels, I feel, the regional parties and even Congress have not been able to create a pan-India image which Modi has. Thirdly, his communication skills are fabulous," he said. "The kind of eye contact he maintains with the camera, even if he takes 35 minutes to state a point that can be done in two minutes, is incredible. He has you captivated and he knows who his audience is. Whether it's banging thalis or lighting diyas, he is connecting with his audience. He is running things his own way and he is in a league of his own. He has no competition," he added.

Modi is the first Indian Prime Minister without an aristocratic past. His rise from being a chaiwala in Gujarat is an underdog story that has been well-documented and entrenched the world over. His connect with the masses, then, comes from the same level as them. Not as someone superior but as one among them. His strategy to reach out has also changed after he decided to become the face of the BJP. Using All India Radio to air his Mann Ki Baat shows to the video messages on Facebook, Twitter and Youtube that the PM has used as a medium to reach out to the masses have proved to be a good decision. "The PM's decision to reach out to the people directly was great. He seems to be more interested in one-to-one interactions — be it with the media or the public. He focuses more on the message rather than the messenger," said Pandey. 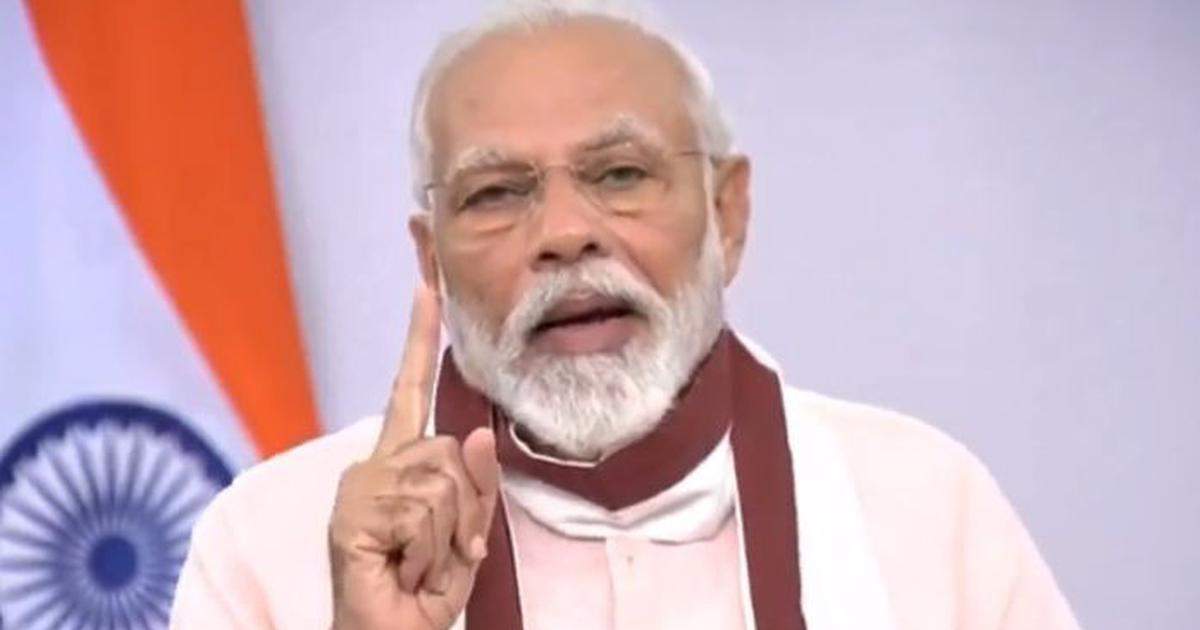 PM Modi's public relations have been astounding since day one and this has had a great effect on his popularity. His way of direct messaging to reach his electorate has been picked up by other leaders as well. Whenever he coins a word, not only is it discussed in the media, the advertisement world also picks up those taglines. Count the number of times you have seen or heard Aatmanirbhar Bharat in ads after his last speech and you will know for yourself just how effective it has been.

Even in times of strife, they have used silence as a powerful tool, which is contrary to popular political thought. The CAA-NRC issue and the protests that rocked the country were an example. Even though the PM did not come out to say much except that he has not discussed the issue in the cabinet, it did not appear to do much harm. "The CAA-NRC issue could have been handled better. There was a bit of miscommunication about the law that spread like wildfire which could have been avoided if there was more transparency on the matter," said Pandey. "As a smart leader, he has not intervened into the inner workings of a ministry much. He conveyed his political message clearly but did not get into the matter much. If he had, maybe he would not have been able to mediate it later or it would have had a negative effect on his image," he added. A lot of Modi's followers are the young Indians who make us the youngest workforce in the world. But unemployment has been rising over the past few years and the youth does not seem to blame Modi for any of it. "A major part of our workforce is employed by the informal sector which does not figure in the data. The reason why people are not out on the streets as much as they should have been given these numbers, is that there have been many opportunities made available in various parts of the unorganised sector," said Arya. But there have been cases where government posts have not been filled for more than half a decade and aspirants are still waiting for their application letters. "That's a very sad situation. It may have something to do with the fact that the Modi government is very centralised. A lot of the ministries do not do anything. There has been some change with the second Modi government. But the middle class, which bears the brunt of it is still not moving away (from Modi)," he added.

Trusting one man can be devastating — history has taught us that. But is it necessarily a bad thing? Politically, yes, said Arya. "The local leaders are pretty much the same people. More often than not, they are seen switching parties and alliances. I think people vote for the right people but having Modi (to lead) is an add-on. Politically it is not the best option but democratically it cannot be better. The whole country is rallying around one person who is legally, democratically elected. The PM has made brilliant use of the party and government infrastructure. This is a serious profession now, not a game for amateurs," he added. 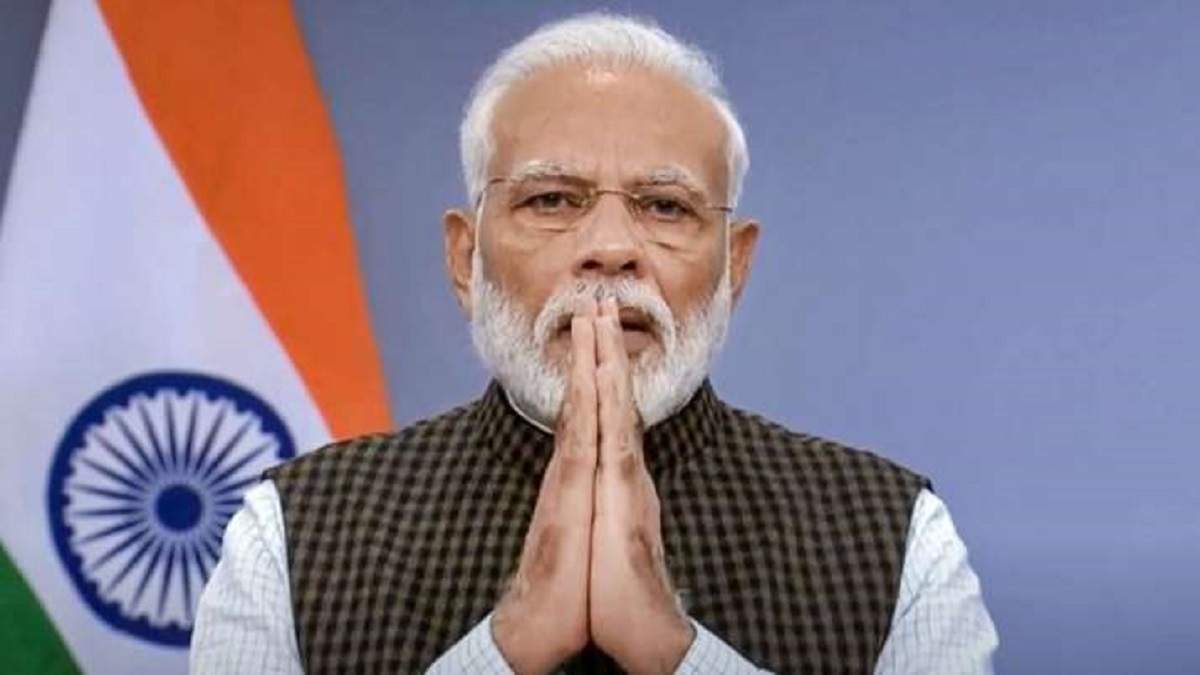 "There is also a threat," said Dr Wankhede. A threat that a "vindictive government" might act against you when you raise your voice. "The current regime is very vindictive. If you go against the general call of the government, you will be arrested or there will be fear of attack or some kind of segregation. People are angry but they do not have the intellectual leadership that they need," he added. Modi has renewed his popularity with recent studies that rank him one of the most popular leaders with India's handing of the COVID crisis in consideration. But every government is popular in its first year. It is to see whether the popularity or the drop of it in the latter half of the term affects Modi's popularity as a leader or is he the larger-than-life figure that will remain untouched by the issues his government faces.

Until then, the leader remains untouched.